The apotheosis of Crazy Joe Gallo

I have always had an affinity for outlaws, or noble outlaws anyway.

I suppose that they have been celebrated in our world since the first scribe laid quill to papyrus, from Robin Hood to Jessie James, Dillinger to Pretty Boy Floyd, the populist criminal has held at least some small fascination for people. Or maybe people like me.

I have been thinking about Joe Gallo a lot lately. My companion played me a pro-shot video of Bob Dylan and the Grateful Dead playing Joey, Bob Dylan's paean to the deceased mafioso, on the plane on the way back from France. It got me started thinking about the late wiseguy. He confided that he never really liked the song but I always did. I lived near some of Gallo's old haunts back in New York, during my short stint in Brooklyn. He had a very intense reputation when I was a kid, both feared and venerated.

Joe Gallo may not have been a latter day Pretty Boy Floyd but he was definitely a renaissance man and I daresay the most complex mobster who ever lived. I sent Morty this wikipedia entry on Joe Gallo the other day. If you have a few moments, give it a gander. 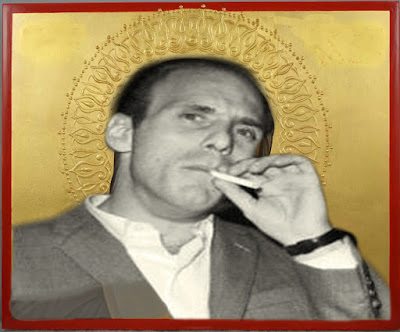 The son of a bootlegger in Red Hook, Gallo, also known as Joey the blond, was diagnosed as a paranoid schizophrenic at a young age. Standing a mere five foot six, the diminutive mobster did all of the things one would expect a normal mafioso to do, including quite possibly capping Albert Anastasia and eventually ended up in prison with his brothers, Larry and Albert (Kid Blast.) 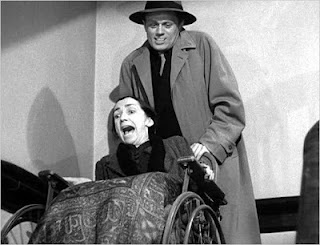 It is said that in a perfect case of life following art, he patterned his working persona after the deranged Richard Widmark character Tommy Udo in the 1947 film noir Kiss of Death.

Joey Gallo began his storied career as an enforcer and muscle for the Profaci crime family. Gallo ran dice and card games, extortion and the numbers. His headquarters was an apartment on President street in Brooklyn, where Gallo allegedly kept a pet lion named Cleo in the basement. The building was called the "dormitory."

Eventually he kidnapped the Profaci leadership, starting a major bloody, internecine gang war. It finally ended when Joe Columbo was installed as the head of the Profaci family by the Commission.


In 1962, while Joey was serving time in Attica, his brothers Larry and Albert, along with five other members of the Gallo crew, rushed into a burning Brooklyn tenement near their hangout, the Longshore Rest Room, and rescued six children and their mother from a fire. The crew was briefly celebrated in the press. While at Green Haven, Gallo became friends with African-American drug trafficker Leroy "Nicky" Barnes. Gallo predicted a power shift in the Harlem drug rackets towards black gangs and he coached Barnes on how to upgrade his criminal organization. Gallo was soon recruiting African-Americans as soldiers in the Gallo crew. His relationships with other Cosa Nostra inmates was distant; they reportedly called him "The Criminal" for fraternizing with black inmates. On August 29, 1964, Gallo sued the Department of Corrections, stating that guards inflicted cruel and unusual punishment on him at Green Haven after he allowed a black barber to cut his hair. The Commissioner characterized Gallo as a belligerent prisoner and an agitator. At Auburn, Gallo took up watercolor painting and became an avid reader, soon becoming conversant on Jean-Paul Sartre, Franz Kafka, Albert Camus, Alexandre Dumas, Victor Hugo, Leo Tolstoy, Ayn Rand and his role model, Niccolò Machiavelli. He also regularly read The New York Times. Gallo worked as an elevator operator in the prison's woodworking shop. During a prison riot at Auburn, he rescued a severely wounded corrections officer from angry inmates. The officer later testified for Gallo at a parole hearing. According to Donald Frankos, a fellow inmate at Auburn, Gallo's philosophy was to be the best you can be, whether it was a cab driver or gangster; never settle for second best. Gallo tutored Frankos on Machiavelli, and Frankos taught Gallo how to play contract bridge. Frankos later described Gallo; Joe was articulate and had excellent verbal skills being able to describe gouging a man's guts out with the same eloquent ease that he used when discussing classical literature.

Now I am not saying he was in a league with Jackie Robinson or Rosa Parks but he did help break the criminal color barrier. He also fought against the KKK influence in the prison system. And you have to have a soft spot for a wise guy who could discuss Kafka and had Machiavelli as a role model. Can't be a lot of them out there. Gay Talese said that he became one of the beautiful people. Honestly, how many hoodlums can quote that Neitzsche guy? He reportedly read eight books a day in prison.

When Gallo got out of the pen he started palling around with the Greenwich Village types, David Steinberg, Jerry Orbach, Don Rickles and others. He tried his hand at poetry, had a Baudelaire period, but let's face it, who hasn't? 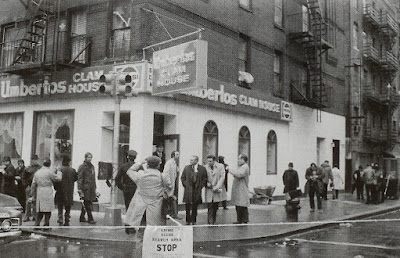 His second marriage was to an ex nun, Sina Essary, but unfortunately only lasted six weeks, owing to a sudden case of lead poisoning he acquired at Umberto's Clam House one fateful night while celebrating his birthday in 1972.


“People were mesmerized by him,” Essary said. “He had that quality that attracted people to him, no matter who they were. He was extremely intelligent, and he could talk about anything. He could talk about art, theater, politics, philosophy — all the things he had been reading about in prison.”

I don't want to sound either callous or overly empathetic but you rarely encounter this class of criminal anymore. As comfortable discussing Hegel's dialectic as kneecapping a stool pigeon. 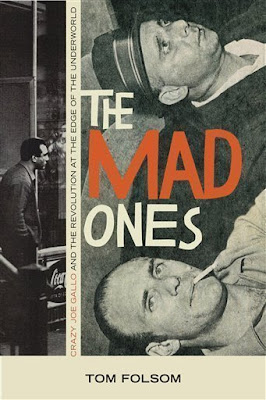 Everybody says that they are a poet. I have been looking around and can't lay my hand on any of Joey's actual writing.

There is a book I need to read, Tom Folsom’s 2009  The Mad Ones: Crazy Joe and the Revolution at the Edge of the Underworld. I hope that it has some of his actual writing and that he doesn't turn out to be just another Jim Morrison wannabee poser. Donald Goddard wrote another bio, excerpted here.

In any case, literary prowess notwithstanding, Gallo is as amazing a real life character as one could conceive of, fact or fiction. Tony Soprano had nothing on this guy.

*
Morty asked me the other day about what gives with my fascination with the mob? It is true, I know a lot about them. The truth is, my mom dated several mob guys when I was a kid in New York. Some of them were real characters.

Like Walter, a notorious loan shark, whose crew would wait patiently in the hallway outside of our Gramercy Park apartment while he wooed my mother. Taught me how to open a long pen knife faster than a switchblade but also once poured a bottle of whiskey down my throat in a drunken rage.

Michael, Tony, there were others, from several families. She once had two of them there at the same time and accidentally turned the lights off. When she flipped the switch, both had guns pulled. It was a very wacky time. I could write a book. 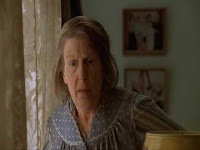 I was talking to my younger brother John the other day about mom. I have been watching the Sopranos again and it freaks me out how much Tony's mother Livia resembles my own, both physically and by action and temperament. Manipulative, guilt tripping, selfish, destructive. But brilliant and could cook up a mean skillet of mussels and garlic. Loving in her own weird way. He said that he felt the same thing. Brings chills up our spines. Almost hard to watch.

Joey, Joey
King of the streets, child of clay
Joey, Joey
What made them want to come and blow you away?

Glad to see that you are still among the living... no heart attack, no lead poisoning, I guess... we used to call you Tachy, now, I understand it is Brady!!

The majority of shit you read about Gallo is bullshit. Believe none of what you hear and half of what you see I know facts