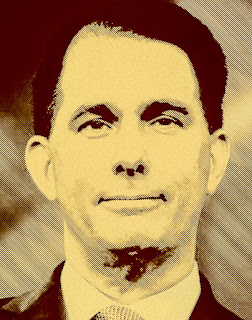 Guess I shouldn't dance around the politics of the day. It is amazing to me that Scott Walker and Rick Snyder can so blatantly subvert the will of the people in their states.

Can you imagine the hue and cry if the shoe was on the other foot? How Scott Walker would act if the same thing was done to him, having his power diminished before he ever took office? The hypocrisy is staggering. If it was such a good idea he should have previously limited his own power.

Michigan voters passed ballot initiatives on minimum wage and sick pay. Outgoing governor Rick Snyder is taking it upon himself to water them down as his swan song. Seems incredibly sleazy, not to mention patronizing.

Of course, this pales compared to the hypocrisy that the GOP is showing on a national scale. Not one subpoena from the Trey Gowdy led House oversight committee on Russia collusion after a myriad of Benghazi investigations, 52 Democrat motions for subpoenas denied by his Republican led committee. Requests for important information, like who was the recipient behind the blocked phone number Donald Trump Jr. was talking to between the two Russian phone calls in the 2016 Trump Tower meeting? Anybody care to make a little wager? 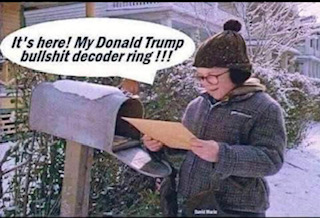 Imagine a Republican congress putting up with a Democrat who lied like Donald Trump?  They give him a pass because he is delivering on their agenda. Orrin Hatch, Lindsey Graham, suddenly they don't care so much about laws, ethics, morals or truth.

“I don’t care, all I can say is he’s doing a good job as President,” Mr. Hatch told CNN on Monday.


"I think most people would lie to protect their family." Lindsey Graham.

Can't wait for the shameless onset of sudden collective amnesia and moral superiority the next time the shoe is back on the other foot.

Hatch, who has since repented and apologized for his momentary flash of honesty, gave a little lecture last week on the death of comity and bipartisanship in the Senate. Who is the man most responsible for this dearth of bipartisanship and general toxicity? I think I can easily pin the moniker on one Kentucky Senator Mitch McConnell, who lists his greatest achievement as icing Obama's judicial nominations and sandbagging Merrick Garland. Who stymied Obama out of the gate and never eased up, his stated goal being to make him a one term president? The junkyard dog, the knife fighter with the big bag of dirty tricks.

Sow the wind, reap the whirlwind, Mitch. But please spare us the tears about Democrats going after Trump. You too Kevin McCarthy. Enough talk about working together and moving America forward. Every time you had the chance, we felt the boot on our throat now you want the dems to be patsies again and ease up on your boy, presumably for the good of the country.

*
Suzanne Garment has an interesting article out. Comparing Trump to Nixon is an insult to Nixon.

*
Michael Flynn, the ex head of the DIA, thinks he was jobbed because nobody ever told him that it was a crime to lie to the FBI. Flynn’s attorneys Robert Kelner and Stephen Anthony earlier this week portrayed their client as a victim of the FBI agents who interviewed him. They wrote that the agents “did not provide General Flynn with a warning of the penalties for making a false statement” under federal law.  Amazing. 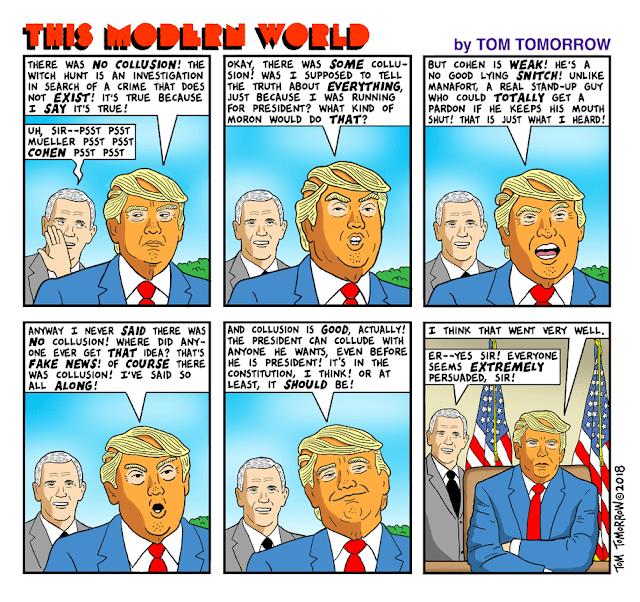