Up the down staircase

I have lived in my home for twenty nine years, have always thought that I would one day indeed die there, specifically by tumbling down the stairs, in my dotage mind you, I had not contemplated the event occurring for the foreseeable future. Thankfully I can tell you, that no, I am not dead, but I attempted a trial run on the whole death/gravity thing the other day that has left me a bit bruised and worse for wear.

My house was built with a downstairs toilet that is a prehistoric porcelain sidemount jobber that has not been manufactured since Teddy Roosevelt made his famous advance up San Juan Hill. It cracked and is no longer operational. A remediation would require jackhammering lots of concrete and me pulling a whole lot of cabbage out of my wallet, something that has been in short supply since the last time we earthlings saw the Kohoutek comet come around.

Not to divulge too much personal information but a three o'clock in the morning pee in my home requires that I mount and ascend thirteen or so steps and return back after the deed is done by the very same steep descent. Lots of work but I find that it is usually worth the time and trouble and it normally goes like chalk as they say. The general routine has been honed to precision with constant practice, I can say, with no small amount of pride.

In a confluence of events that most resembles quantum tunneling, I almost bought the farm the other night. The cat had planned it to a tee. He left a ball toy on the very last step, obscured in the darkness. He knows that I know the route perfectly, would never turn the light on or vary my steps. After all, I am a mere human, a creature of habit. I tend to follow the script. Smirking he took cover and waited for the events to unfold.

My right arch came down on top of said ball with perfect tangency and sent me pirouetting ass over teakettle, in a clumsy heap on the hard concrete of the bottom landing. Wrenching my hip, knee, ankle and foot, I took stock of my predicament while staring up at the spinning ceiling and realized that I had just hit some orthopedic superfecta. All lemons.

Slowly getting up, I tested each appendage and was received to find that I could still ambulate, sort of anyway, with a new hitch in my giddy-up that most resembles Festus or Chester, I always get them mixed up.

I am pounding ibuprofen, not daring to wonder what bodily function or part will be the next to revolt. As we speak my eyes are dilated, the ophthalmologist telling me not an hour ago that the film behind my right eye should be like clear saran wrap but instead more closely resembles wrinkly opaque wax paper and that the problem will require yet another surgery sometime next month. A very minor one. ZAP. But my protestations that I felt rather blurry in my right eye were indeed correct. he says that my macula is immaculate, at least in its present conception. 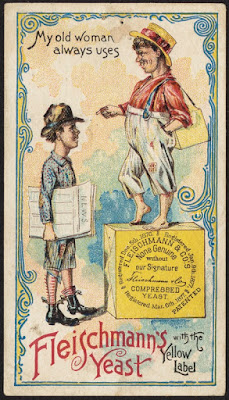 As if I wasn't broke enough, this illness jag is putting the final nails in the Sommers' coffin. It is December and the nurse at the hospital the other day said that I had a yearly accrual of a whole $13.20 towards to my annual deductible of $6500. As our wonderful Obamacare bills rise every year like Fleischmann's rapid rise yeast us poor schlubs on the bottom of the economic pyramid are forced to keep pushing the deductible higher and higher and we are left with policies that are basically now covering only the most catastrophic of health coverage.

I find myself often crossing swords with my physicians about what is truly required, applying a sort of personal triage so as not to go into the poorhouse.

I am going to the hospital tomorrow at 5:30 in the morning for a minor cardiac procedure with anesthesia. Nurse called, said to bring a check for $1350 bucks with me. Every time I see the cardiologist, which is often lately, it is a hundred buck co-pay. It is almost impossible to think about getting preventive or prophylactic treatments these days with the cost of medicine and the shitty state of health insurance.

I was just billed a similar sum from my ER visit, which was close to worthless. I had a strange black spot suddenly appear in my visual field and was worrying about a retinal tear. Doctor said to be very careful when I experienced arcane visual simulacrum. This was accompanied by a searing pain in my right abdomen with visions of dancing bursting appendixes circling around my head like sugarplums. But the cost of the blood panel, urine and ct scan broke my bank and I ixnayed the eye scan out of personal parsimony if not downright cheapness. My inner accountant is starting to ask me if it wouldn't be more cost effective to croak?

I will have to do a cost benefit analysis and get back to me.

Emergency room doctor was alright but he had a little problem of not listening to his patient, lecturing me that the abdominal pain I was feeling was a dull general ache some eight by eight inches in width while I tried to tell him that I was actually experiencing a localized piercing sensation that could be defined to the centimeter. Obviously he knew better about what I felt than I did. When whatever I was feeling finally explodes or ruptures I want somebody to go back and tell him that the dead guy was right in the first place. Maybe make a small notation on the grave stone. I know, I know, I shouldn't be so petty.

My god nobody ever told me that getting old would be this much goddamn fun.

Aging is not for sissies...

The nurse just called and asked if I had any religious or cultural needs that had to be attended to. I told her to bring me corned beef when I came out of anesthesia.

Yup, blame it on the cat...it's always the cat. I'm thinking a general body transplant might work. And I'm thrilled to be on the same level with you about turning on the bedroom light when heading for the privy. Can't count the # of times I've face planted on the open guitar case I left in the path. And, to wrap it up, I quote
Plato (or maybe it was Popeye), "I fink, ferefore I yam". Be healed !

PS...picked up that Muleskinner album about a month ago at estate sale. One of my better finds.

Bummer bro. Ever hear of a "Chamber pot"? I have started to look at my steep loft stairs differently over the last year or so...

Real story... he pissed off the old lady next store who then clean his clock and bent him like a circus pretzel. Her name is Kitty LaMour.

you are a cat and you've used up a few of the 9 lives.

I feel your pain (sort of). I recently fell backwards off a bar stool at a party. My first pain is the embarrassment the next is the side of my back.

I'm going for an x-ray but don't know what good it would do. It's not all that painful.

P.s. I hope you're feeling better!

The ACA was and is a joke - a re-jiggered Republican joke.

Mainstream dems and rethuglicans say it wouldn't work but that's bullshit. It does work! In one form or another, every other 1st world nation has it. But the so-called leaders of this country are in the pockets of the lobbyists, lawyers, big pharma, insurance companies and private for-profit hospitals.

Hopefully idiot dems will get a clue, and nominate Bernie Sanders in 2020. Bernie as president is the only way we are going to get real change in this country, he's the only one who's willing and able to drain the swamp.

But the dems are so stupid they will probably nominate fake progressive Beto O'Rourke, who doesn't like single payer and is in favor of off-shore drilling.

Yikes!! The corned beef is on me when we hook up.