Is Trump a Russian asset? 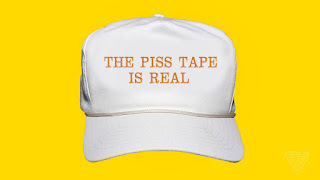 Interesting article over at Haaretz, Ex-Mossad Head: Russia Decided Trump Was Their Best Candidate, and Ran Him for President. There have been similar stories around for some time, like Could Donald Trump really be spying for Vladimir Putin? from the Irish Times. Or the Theory of Trump Kompromat at the New Yorker.

This sort of question is certainly out of my pay grade but it would explain a lot. Much has been made of Trump throwing the Kurds under the bus with the recent withdrawal from Syria but Israel is in the crosshairs too, they never saw the withdrawal coming. Trump was their new best friend, remember? But his attachment to Putin is somehow stronger.

Russia came down on the Israelis with a strong condemnation today. The Russians and Iranians are gearing up to divide the country and the Turks plan on eradicating a lifelong nemesis in the Kurds. Netanyahu thought he was such good pals with Trump but Donald was not about to cross his Russian masters.

I blame the Israeli Prime Minister for many things, not the least of which was putting his faith in another man who could not be trusted.
Posted by Blue Heron at 4:17 PM

The Dangerous Case of Donald Trump is an interesting book with some 27 mental health professionals critiquing Trumps mental state. It is largely what you would expect. In one chapter, however, a Jungian analyst mentioned the women who have complained of being groped and the analyst said that at least symbolically everyone in the country has been groped by Trump. He has gotten inside our heads and his metaphorical hands reaching for our "privates" are creeping us all out, with the obvious exception of the red hat crew who are enjoying the cheap thrill. Somehow those fingers invade much of what is sacred be it the defense of Israel the dignity of a Gold Star family or the stability of the economy. I don't know if Putin is pulling the strings and I doubt it is terribly relevant as Trump on his own with his hands in my pants is just about as f**ked up as it can get with or without Vlad.

I like the hat... better than “Rake America Great Again.”

The hysteria is hysterical.

I'm hip, my anonymous comrade. Enjoy your new masters on the Volga.