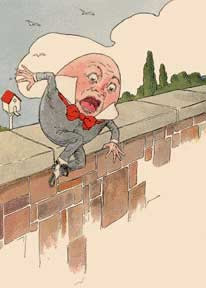 Cue the tears. The President is being harassed by his enemies, the democrats and their cohorts in crime, the Fake News Media. At every turn. A MAGA friend at breakfast told me, with a straight face the other day, that they had never done Obama this way. I didn't engage, what's the point, memories are short. 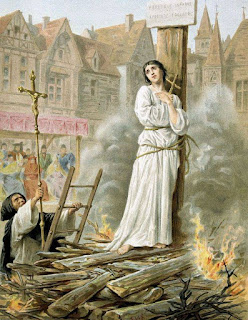 But the new narrative will surely be that the President is being victimized in a manner not seen since they set poor Joan of Arc on the hot kindling. All I can say is that he has got it coming. It is going to be very hard for me to work up a tear.

Bring it on, Adam Schiff. Bring it on Elijah Cummings. Bring it on Eric Swalwell. Hold fast Chuck Schumer. This immoral orange buffoon has made a mockery of our Presidency and Republic, he's led with his elbows the whole way and payback is a definite bitch. Put him and his whole family in jail, for all I care. Throw in Ivana and Marla if you have to, too. In the times of the pharaohs the whole family went into the tomb, even the housecats.

I just can't stand the constant lies every day. The troops are getting a 10% pay raise. They're not. Democrats love illegal criminals more than they love Americans. They don't. The military hasn't had a pay bump in ten years. Wrong. They have received one every year for three decades. The American people want a wall. They don't, as shown in poll after poll. Federal Employees are mostly Democrats. Really? Wrong, they are evenly split. He had nothing to do with Russia. He did. This guy makes shit up like nobody I have ever seen. Shameless.

The Repubs had both Houses of Congress, the Executive office, willing accomplices at the Supreme Court and they didn't do squat for two years on the wall or health care or anything much else except produce a big fat tax cut for their cronies that they couldn't pay for and swell the federal deficit and then suddenly a stupid border wall becomes an issue right before the midterms. Funny.

Trump said yesterday that illegals are running all over people's lawns in San Diego. I haven't seen that. Mowing them occasionally, yes. And I live here.

Impeachment talk is stupid. Well go ahead if you want to, but it is ultimately a pyrrhic exercise and totally pointless. The Senate GOP majority will never sign off on it. Rather see Jarred and Don Jr. in Attica or Ossining for a stretch, let the Southern District of New York U.S. Attorneys do their job. Indict, don't impeach.

Maybe Trump will do his best Kim Philby impression and escape back to his handlers in Moscow one night and do us all a favor. And one day the real story about the adderall addiction and the pee pee tapes will surely bubble up to daylight.

Trump was averaging about seven lies a day but he is really pushing the envelope and is reportedly now up to ten. And the fun doesn't even start until the new Congress is sworn in and the Mueller report comes out, my bet is that he cracks like Humpty Dumpty.

And all of Trump's lawyers and all the Don's men, couldn't put the poor bastard together again.
Posted by Blue Heron at 5:44 PM

You been reading my mail...

Thank you for writing this, Robert. It is spot on.

“Yesterday, I gave out 115 miles’ worth of wall, 115 miles in Texas. It’s going to be built, hopefully rapidly. I’m going there at the end of January for the start of construction.”Trump.

Well, with the shutdown, we can hope that more and more of them are becoming Democrats.

Wow. It must be awful to be so consumed by bitterness and hate. It's ugly - never mind the intellectual dishonesty or bigotry.

Re: the bitterness and hate, are you talking about me or the President? I may be similarly guilty but last I checked I wasn't running the nation.

Cue the tears? You'd know here at the Blue Heron Cry Fest, wouldn't you?
Let's see you slip this into your Amen Chorus.

If anything, you’re understating it, Robert. Trump seems purely evil to me. His actions are uniformly destructive and hateful. I can’t understand how anyone could support him. Shame on them...

I agree... Trump is awful... an awful human, an awful liar, an awful crook and not a nice person!!

I say impeach in the House if evidence supports the measure, even if the Senate does not convict.

1. it's their job. If Bush/Cheney had been pursued even mildly in 2008, indicating that Dems take their oversight responsibilities seriously, than maybe we would not be here today. Rule of law, don't fence sit. I see it a little like parenting, let them get away with a little, they will try to get away with a lot, and the mess to clean up becomes exponentially larger.

2. Gets tRUmp info out to the world for all to evaluate in their own way

3. If what appears to be overwhelming evidence of tRUmp crimes is accurate, then you have repubes on record as not considering the crimes as impeachable for the nation to see and evaluate

only legit reason not to impeach is that the crimes do not reach an impeachable level, all other reasons are to set a baseline of acceptable criminality out of the executive branch, or for a readily transparent cynical hope for short term electoral gain

I can easily see congressional dems punting on impeachment, and dragging out investigations in hopes of having a severely damaged tRUmp in 2020 damaging the repube down ballot ticket

they were hired to do a job by the American people, part of their job is legitimate oversight of the other branches of government