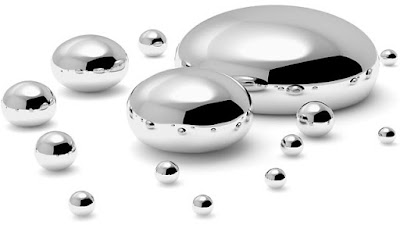 Am I angry? Damn right I'm angry. And if you are not angry you are not paying attention. The EPA has announced its plans to limit mercury and other toxic emissions from coal- and oil-fired power plants saying that restrictions are not cost-effective and should not be considered "appropriate and necessary."

Mercury has been shown to cause great health risks, including neurological disorders, improper motor functioning, poor cognitive functioning, heart and lung problems and compromised immune systems. Babies developing in the womb and young children are especially at risk.

Rather than shift from fossil fuels in order to meet our energy needs, the Trump administration has doubled down on them. A study published this month by Harvard University’s School of Public Health said coal-fired power plants are the top source of mercury in the United States, accounting for nearly half of mercury emissions. It pegs the cost to human health at approximately $4.8 billion dollars a year.

Mercury not only poses extreme health effects to people but especially to developing children, according to this study, there is no safe level of exposure.


Children are considered especially vulnerable to environmental threats. There are specific periods in their development when the exposure to a chemical, physical, or biological agent may result in adverse health outcomes.50-52 In addition to being especially susceptible due to their growth and development, exposures are often higher due to body weight and certain childhood behaviors make them more vulnerable to exposures (playing outside in the sand or soil, putting their hands in their mouths, etc).
Physiological differences between children and adults are not only manifest in immature metabolic pathways. Because important systems are still differentiating and growing, children have unique susceptibilities not seen in adults—and critical time windows for those susceptibilities.53,54 The critical times are preconception, gestation, and postnatal. More than 1 system can be susceptible and different pathology may occur depending on the dose and timing of exposure. The fetus and infant are especially vulnerable to mercury exposures. Of special interest is the development of the central nervous system. With the formation of neuronal cells and the subsequent stages of development, the central nervous system is created.55 Damage of the nervous system caused by mercury is likely to be permanent.56,57 Neurotoxic effects can result from prenatal or early postnatal exposure.58

Another study points to rising mercury levels in direct proportion to the declining Flynn effect, in other words, mercury is making us more stupid. And it ain't like we were raving genius's to start with.

What is more important, supporting healthy, intelligent adults and children or bailing out failing coal companies? The Trump administration has apparently made their choice and decision.
Posted by Blue Heron at 12:48 PM

I hope, if Trumpster ever has another press conference, someone will ask the question about this. He won't answer, he will deflect, but if the question is asked it will at least see a larger audience. Keep asking, Press Folks!

Do you remember playing with mercury as a kid. Cool stuff. Little did we know...