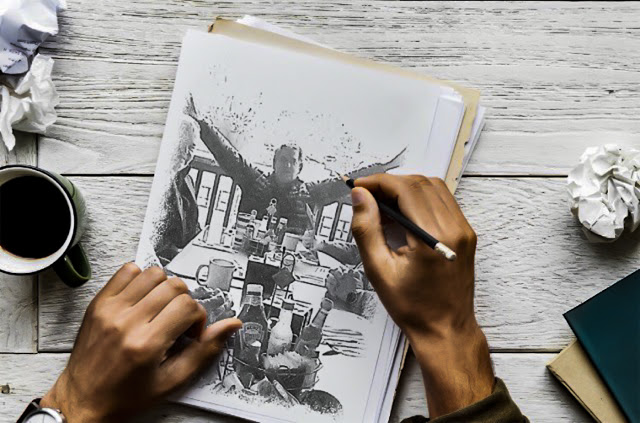 A good, anonymous soul bought my oatmeal at my breakfast group this morning. Thank you kind stranger, whoever you are!

Honored to be partaking in a birthday meal of one for my favorite people at my favorite North County restaurant, Pamplemousse, tonight. First person who guesses in advance what I am ordering gets a dollar or a vat of beluga, my choice.

I never thought of myself as a real funny guy until I met Morty in New Mexico and people anointed us the next Martin and Lewis. I was supposed to be the funny one, I suppose. Morty was a joke writer, of course, in a former life. Now I think up incessant numbers of gags and one liners and bore him to death all the time on the phone.

So I am sitting in front of Walmart in Temecula the other day and I looked over at Steinmart.

"Hey Morty, I just went into Steinmart and couldn't even buy a Stein." Oh ya? "I did get too Kleins and a Goldberg." buh duh pa. Rimshot.

It wasn't very funny then either.

Morty says that frankly, I am all drama these days. That if Shakespeare was alive, every play would be about me. Which is actually a little too funny and way too true. Bastard. Very stressed out about a lot of things the$e days.

I got up at one in the morning with the pickled pecker rhyme circumambulating in my head. Knew that if I didn't write it down that I would lose it by morning. Half hour later I got back in bed. Wife asked what I was up too? No way could I tell her the truth at two in the morning, that I was working on my material - so I told her I had to pee.

I missed my second ablation appointment last week and it sucks because I physically feel like shit. First miss was my fault, second was on them. I called at eight thirty in the morning and asked if the meet up was in Temecula or Murrieta and the girl that answered said, "Oh no, Mr. Sommers, your meeting is at La Jolla, at one o'clock."

I drove down in the rain. About an hour and a half each way in the bad weather. When I got to Scripps Memorial I was informed that the appointment was indeed in Temecula. No apology.

So now I have to wait another month while the potassium channel blocker renders me useless.

Besides the mixup, which happens, I was a bit taken aback by the language of the girl at the desk, her full bird tattoo peaking out like a radioactive buzzard from her store bought bosom."We don't got no records here," she intoned or something to that effect. Why would any serious professional put Eliza Doolittle at the front desk? Had me wondering about the doctor, frankly. But hey, it must be working.
Posted by Blue Heron at 1:50 PM