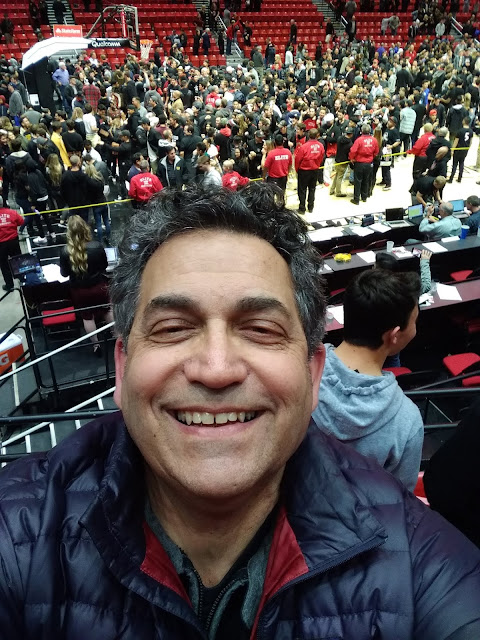 I got to coffee late this morning. I went to the SDSU and Nevada basketball game last night with Kent and it had a late tipoff, eight o'clock. Nevada had been rated number six in the nation but the young and improving 17-9 mighty Aztecs took them down with their guard play. With my help, of course. 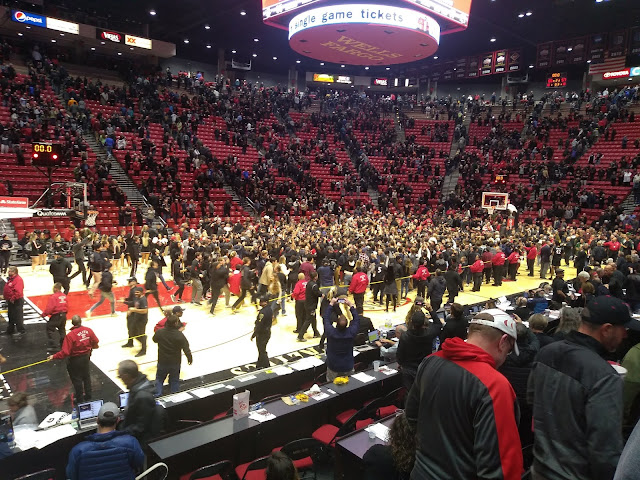 Student section was full for once and swarmed the court in their black shirts after the win, most jazzed game since the great New Mexico contest I witnessed a few years ago. 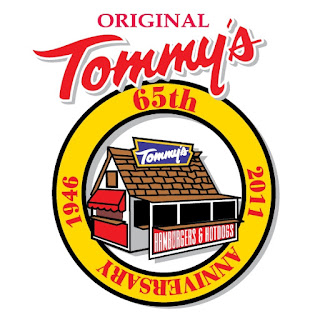 We stopped at Tommy's for chiliburgers on the way down. Normally I would go for the triple but I am honestly watching my weight so I settled for a double although I did upgrade the patties to quarter pounders.

Anyhow I think that we can now make the definitive statement that eating chiliburgers from Tommy's will guarantee an Aztecs win. I believe that I am now three for three in this particular experiment.

Or can we make that statement?

The boys at coffee are generally far more intelligent than I am. This morning Bill let loose some latin phrase, I had no idea what it meant; Post hoc ergo propter hoc. I hate being the dumbest guy in the room but he was talking to Alex and you know how smart he is... Anyway, somebody has to bring up the rear.

I asked him what he was talking about, the meaning of the phrase, obviously secure enough to display my ignorance publicly. Although it really ticks me off when people have to show off their latin.

Post hoc ergo propter hoc - It is a latin phrase that means "after this, therefore because of this." It is known as a logical fallacy, the error of thinking that correlation constitutes causality. In other words, as wiki so ably states, Since event Y followed event X, event Y must have been caused by event X.

Ergo, the Aztecs win can be traced directly to my chiliburger with cheese. (Had I mentioned the cheese?) 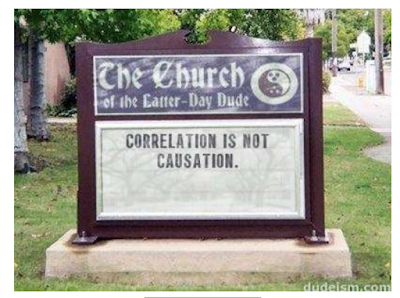 I believe that I would have to be devouring my burger at the game for that to occur. The Greek and Latin types obviously spent a lot of time splitting hairs on these sorts of conundrums.

Our conversation sort of ambled over to the funny ways people can manipulate graphs and data to make their points and often to obscure facts. 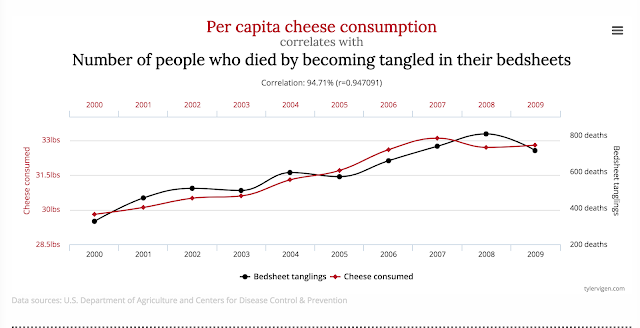 You can see from the data that per capita cheese consumption is closely related to people who expired while wrapped up in their bedsheets. Or to keep the dairy theme going, there is this one:

Be careful with facts, they are pesky little critters.
Posted by Blue Heron at 10:11 AM

It was a glorious game. Tommy’s was better than remember. In the 70’s I used to go to the Van Nuys location regularly, great place and memories.