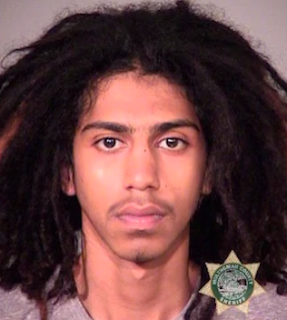 Abdulrahman Sameer Noorah was charged in the 2016 fatal hit-and-run death of a fifteen year old Portland girl. Two weeks before his manslaughter trial, he disappeared, obviously with the help of the Saudi government.

There are currently five more similar episodes of disappearing Saudis who have committed crimes in Oregon alone. Serious crimes, like rape and assault. In four of those cases, the Saudi government put up the bail money. And it is not just Oregon, similar escapes and flights from justice have occurred in at least eight other states.

And our government, from the Justice Department to the FBI, State Department and Department of Homeland Security, won't say a word about it.

Because our President is so beholden to the House of Saud, financially and otherwise. He won't utter a peep about the Kyashoggi murder, even after clear evidence and a United nations finding that the assassination was planned and executed by the Saudi government and the appearance of a tape intercept by U.S. intelligence of Mohammed bin Salman saying that he would put a bullet in the victim's head. Of course this was not the first instance of bad acting on the part of the kingdom. They have a long history at abducting, torturing and killing. 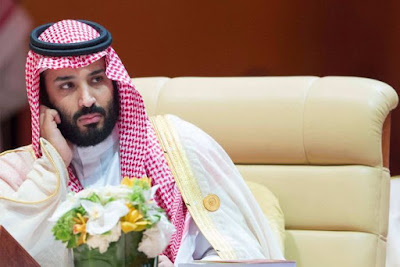 Today marks a deadline for President Donald Trump to submit a report to Congress determining who was responsible for the brutal killing of the Saudi journalist last October. Should be interesting.

In other Saudi news, the United States government has shipped arms to them that have somehow ended up in the hands of al Qeada and Iran.


Hodeidah, Yemen (CNN) – Saudi Arabia and its coalition partners have transferred American-made weapons to al Qaeda-linked fighters, hardline Salafi militias, and other factions waging war in Yemen, in violation of their agreements with the United States, a CNN investigation has found.
The weapons have also made their way into the hands of Iranian-backed rebels battling the coalition for control of the country, exposing some of America's sensitive military technology to Tehran and potentially endangering the lives of US troops in other conflict zones.
Saudi Arabia and the United Arab Emirates, its main partner in the war, have used the US-manufactured weapons as a form of currency to buy the loyalties of militias or tribes, bolster chosen armed actors, and influence the complex political landscape, according to local commanders on the ground and analysts who spoke to CNN.
By handing off this military equipment to third parties, the Saudi-led coalition is breaking the terms of its arms sales with the US, according to the Department of Defense. After CNN presented its findings, a US defense official confirmed there was an ongoing investigation into the issue.

The top U.S. general is signaling no problem.


(CNN)The top United States military commander in the Middle East suggested Tuesday that America would continue to back its allies waging war in Yemen, despite new evidence of arms deal violations uncovered by a CNN investigation.
Gen. Joseph Votel, the head of Central Command (CENTCOM), told a Senate hearing on Tuesday that withdrawing US support for the Saudi-led coalition in Yemen would remove the "leverage we have to continue to influence them" and could further endanger Americans in the region.

With Iran being our current favorite enemy any enemy of Iran must be our best friend. Especially good to have friends with money like the Saudis. Who seemingly break our laws here with impunity and no consequence from our own leaders.

Imagine what American citizens, concerned about the volume of crime perpetrated by actors south of the border who escape back to their home country and often to return to commit more crime, a volume which dwarfs your example of a handful of Saudi criminals, imagine how these Americans who are so concerned feel when they are told that they are racists who should just go pound sand by uncaring and complicit fellow citizens and individuals in their own government. So go pound sand.

The fact is that these people form south of the borders commit much less violent crime than native born americans and they are also not spirited back by their home governments in order to avoid prosecution. So go fuck yourself and have the balls to sign your name when you write.

Signing one's name can be perilous nowadays and can be cause for being singled out for hate by the bigots out there. Can't we discuss this rationally and without the nasty language? I never contented that illegal aliens commit more crime than citizens, although your contention that illegals commit less is arguable and not necessarily true; every single crime committed by an illegal is unnecessary and the sheer volume of crime, due to sheer numbers of illegals, is not arguable. It is tolerated and facilitated by far too many Americans in government and not by this Administration. How do you expect to be taken seriously when you take a miniscule handful of cherry picked crimes by certain foreign nationals, but reflexively come to the defense of certain other foreign nationals who commit crimes by trying to reframe this discussion as to whether illegals from the southern border commit more or less crime than citizens when indeed the the numbers from southern border illegals dwarf by volume your examples and this discussion of crime by foreign nationals should be about just that - crime by any and ALL foreign nationals and what it takes to secure our nation from crime that never ever should have had a possibility. I ask you again. How do you expect serious consideration to your legitimate concern when you are so dismissive to the legitimate concern of others?

It is my blog and I make the rules. And the rules, which I occasionally allow to be broken say, sign your name and stand up for what you believe, like I do. And don't tell people to go pound sand unless you want them to tell you to go fuck yourself.

And yes, it pisses me off when a supposed ally allows its citizens to circumvent our justice system with impunity and we pretend it never happened.

The 'pound sand' comment was intended to be framed for an entirely different context, but it wasn't; your counter point 'go fuck yourself' was entirely fair. Haven't time now to correct the record but no matter - the moment has passed.