Barry Friedman, my friend the schmatta magnate, was kvelling about some guy he knew on the phone the other day, some big shot wacko psychiatrist. Why wacko?

Because all headshrinkers are nuttier than fruitcakes, everybody knows that. You think you could listen to that tsoris all day without springing a sprocket, good luck.

He sent this note over.

How’s this for a CV?

What it doesn’t mention is as a very young man he did all the research for Paddy Chayefsky for Altered States. 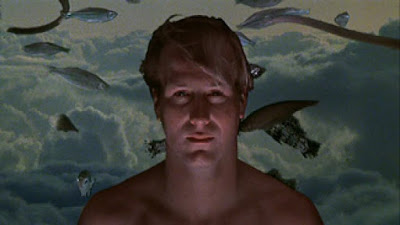 I read it. Lieberman, Schlieberman, I decided to go toe to toe with the doctor with my big shot lawyer cousin that I only met once in my life, E.B.

I am not completely sure what Friedman's exact relationship with the shrink is but knowing him as I do, if he was a patient I would definitely demand my money back.

I guess the doctor wins on points in any case. That is quite the curriculum vitae. But I didn't want to make it too easy. I sent Barry this text rejoinder:

That's it?  Did he ever bowl?  Can he make nachos?  I especially like the part where he puts his hand in his armpit and makes fart noises...

Barry was quick to put me in my place:

The psychiatric facilities he heads – Long Island Presbyterian and Columbia University – are the two biggest in the country. He has 3000 doctors who report to him including a dozen Nobel Prize winners. Our claim to fame? We know Danny Verrier. 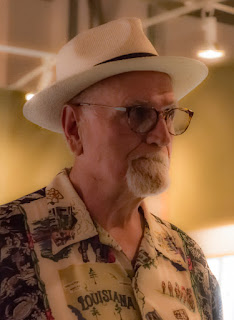 He may have a point. If you don't know Danny Verrier, please don't ask. It's not important for the purposes of this discussion. But I would like you to key in on my last line, over sixty years of age and I still have to bring flatulence into the conversation, how freaking juvenile of me.

Talk about arrested development, perhaps I maybe should get an appointment with Schlieberman myself? 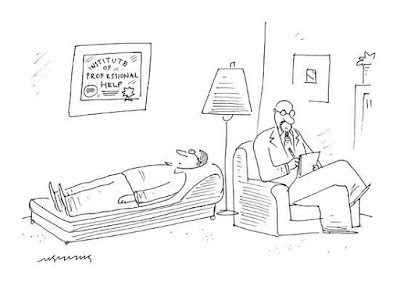 It is difficult to talk about. There are not enough therapy sessions in the world left to broach that topic.

I cut an unfortunate cheeser in France that may have irrevocably harmed a lifelong friendship. I blamed the fromage but my cohort ascribed the ill wind to some misplaced passive aggression on my part.

Far be it for me to toot my own horn. But since I have brought it up, I thought that I should mention a new skillset in my sexagenarian quiver, my newfound ability to simultaneously pee and bark one off at the public urinal. Like, how many guys can do that? My newfound talent reminds me of a Jack London novel, the call of the wild prostate.

Which leads me to another good doctor, Doctor Drobkin. His story follows:

Dr. Drobkin was a world-famous cardiologist who earned his undergraduate, graduate, and medical degrees in his hometown and then left for Manhattan where he quickly rose to the top of his field.

Soon he was invited to deliver a significant paper, at a conference held in his hometown. He walked on stage, placed his papers on the lectern, but they slid off onto the floor.

As he bent over to retrieve them, at precisely the wrong instant, he inadvertently farted. The microphone amplified his mistake resoundingly through the lecture room and reverberated it down the hall! He was quite embarrassed but somehow regained his composure just enough to deliver his paper. He ignored the resounding applause and raced out the stage door, never to be seen in his hometown again.

Decades later, when his elderly mother was ill, he returned to visit her. He reserved a hotel room under the name of Cohen and arrived under cover of darkness.

The desk clerk asked him, "Is this your first visit to our city, Mr. Cohen?"

Dr. Drobkin replied, "Well, young man, no, it isn't. I grew up here, received my education here, but then moved away."

"Why haven't you visited?" asked the desk clerk.

"Actually, I did visit once, many years ago, but an embarrassing thing happened and since then I've been too ashamed to return."

The clerk consoled him, "Sir, while I don't have your life experience, one thing I have learned is that often what seems embarrassing to me isn't even remembered by others. I bet that's true of your incident too."

Dr. Drobkin replied, "Son, I doubt that's the case with my embarrassment."

The clerk asked, "Was it before or after the Drobkin Fart?"

Truly when someone doesn't understand afterward its up to other visitors that they will assist, so here it takes place.

This is either spam or you are on better drugs than I have ever even considered taking, anonymous visitor.

That was a short strange trip...

'Fart Proudly', Benjamin Franklin, A Letter to the Royal Academy, 1781

'Who Cut the Cheese?', Anonymous

'You Smelt it, You Dealt It', Anonymous, Often Ascribed to Grace Kelly

Can you give an approximate time when you ripped that one off ? There were some strange tremors here...
ss