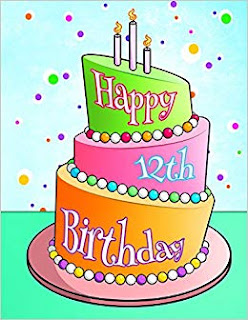 I noticed the other day that I had just blogged my eight thousandth post. Good on me. What I lack in quality I surely make up for with shallow verbosity. Blog birthday was yesterday, we are now in our twelfth year of orbit. Whooppee!

Not sure why the big round numbers are a milestone but they do resonate with me. According to my secret sources, twelve is a superior highly composite number, divisible by 2, 3, 4, and 6.

I am definitely enjoying my general respite from politics on the blogs, not that I don't touch now and then. Both sides are getting so ugly. Just not a pleasant place to be. Louie Gohmert and Steve King on one side, AOC and Rashida Tlaib on the other, we are just in a heap of shit.

The adults have definitely left the room. I am not really feeling it with any of the potential 2020 candidates, Hickenlooper's not bad, I like Tester but he's not running. Really like Swalwell but don't think he has the requisite name recognition. Definitely looking for a centrist that can bring us back together. Would consider the Republican Kasich although we are on the opposite sides on choice.

Re: the Cohen hearings, it is interesting all of the GOP that are calling Cohen a liar when all the lies were told to benefit Trump, as Jackie Speier (D. CA) aptly pointed out on NPR the other day.


MARTIN: Michael Cohen has admitted to lying to Congress before, as I noted. Why's he worth bringing back?
SPEIER: Because he is a font of knowledge, I think, for all of us who have been looking into this issue for years now. He was the president's fixer. And remember, he lied to Congress on behalf of the president of the United States, and he lied about the fact that they continued to work on Trump Tower Moscow into the 2016 election, when Donald Trump was saying that he had no dealings with Russia, and yet he had a letter of intent with persons in Russia to build the Trump Tower Russia. 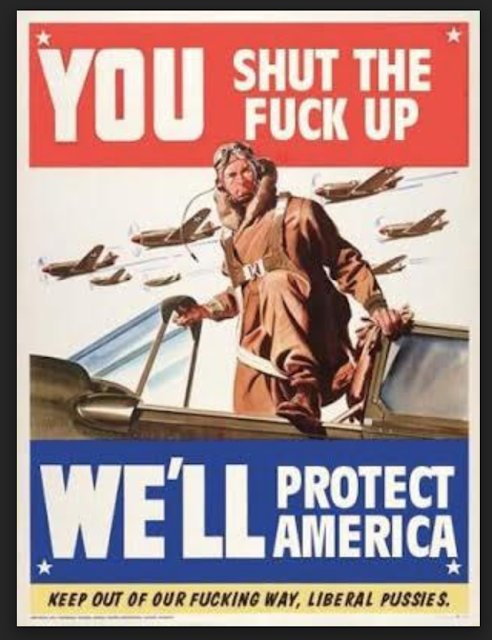 Everyone points out how many lies Trump tells, it is well over 8000 now, there is that number again. But he is not even a good liar.

Everybody in the Trump orbit including the Donald denied that Kushner got a special security clearance for months if not years now. Then suddenly, Trump gave it to him, end of story, who cares?

And Kim Jong Un had nothing to do with Un's kid brother getting whacked or Otto Warmbier getting sillified and then croaking and you can believe that because Trump looked the tyrant in the eye and he believes him.

Just like he believes Putin and Duterte, Trump has a mad boycrush on dictators.

Of course, many of my more conservative friends still think I am a pinko wack job. Can't be helped. Guy in the middle will take shrapnel from both sides these days. My flyboy pal sent me this poster.

I have to hand it to the GOP. As bad as our President may look to many of us, they are remarkable in their Sergeant Schultz routine; we see nothing. Talk about internal cohesion and holding together, they have been incredible in staying on message and ignoring the petty details, crimes and misdemeanors. This guy could do literally anything and as long as he is enacting their agenda, no problem. We can only hope to experience their bellow one day when the shoe is on the other foot. Like blue slipping for instance. Or National Emergency declarations.

Google celebrated Desi Arnaz birthday with a cute little gif the other day.


Bill sent over a good link re: traffic fatalities by country, pertaining to our recent conversation.

You think its bad where you live, try Africa.

Think that is all I've got for now. Let's have a good week.