I had lunch with a friend and sold a few things up in Orange yesterday. I then drove up to Los Angeles to see a friend's son. He lives in a work/live loft off the 110. Dropped off oranges and picked up some baskets and paintings. Hit rain, hail and lightning while I was there, it was very dynamic weather. 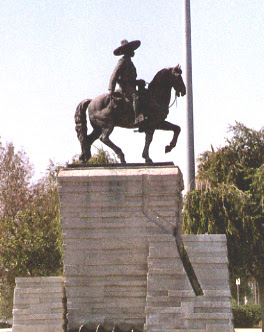 When I left his house and made my way back to wherever my gps was leading me, I noticed a couple things.  Number one, there were beautiful bungalows and victorian houses around, number two, the area was very cool and I knew absolutely nothing about it. 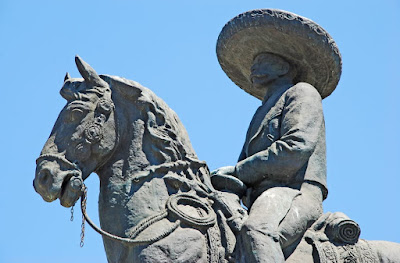 Out of the corner of my eye I see a sculpture of what looks like Pancho Villa.

Hmmm, would have to check into that. 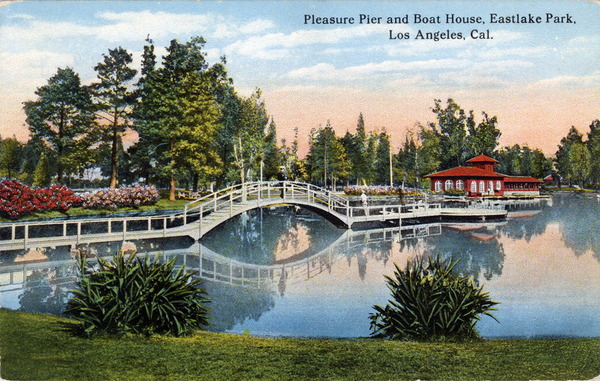 As I continued on Valley Blvd. I noticed a beautiful park on my left, one that I had never seen before. It had a water feature and a lovely mission bell in an adobe gate. Where the hell was I? 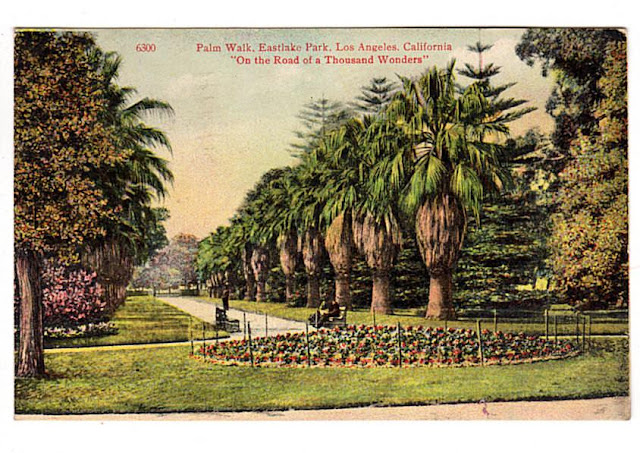 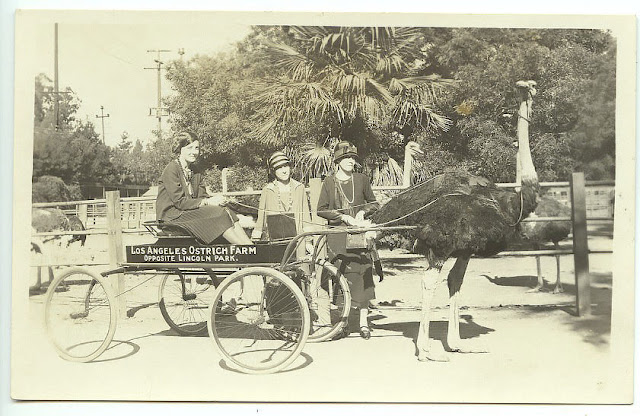 I called a friend who went to USC and he said he knew the general area but not the name of the park. When I got home I did some checking.

What I was looking at was actually the little known Lincoln Park, once known as the crown jewel of Los Angeles area parks. Built in 1901 from land donated by John Strother Griffin.

Griffin was a surgeon who worked with General Kearney. He was awarded the land for his work curing the smallpox epidemic of the day. He called the land Enchanted Hill.

The original name for the park was East Los Angeles Park, then Eastlake Park. More on it here.

It once had a zoo, a sulphur bath, an ostrich and alligator farm and was located on an old stagecoach road to the San Gabriel Mission.

Forgive me but the Pancho Villa statue was actually of Emiliano Zapata, the bronze created in 1980 by artist Ignacio Asunsolo and it is located in the El Parque de Mexico. The park has or had work by some very important artists, including Francisco Zuniga and Julia Bracken Wendt. 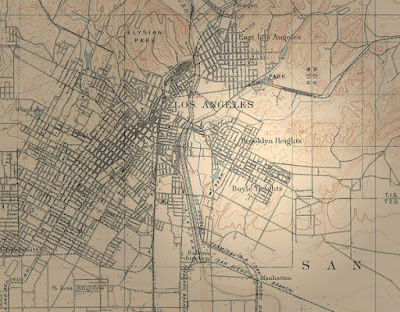 And Lincoln Heights just might be the oldest neighborhood in Los Angeles outside of downtown, started in the 1830's within the original 40 league Spanish land grant.

Not far from Boyle Heights and Brooklyn Heights, both once home to large Irish and Jewish immigrant populations. 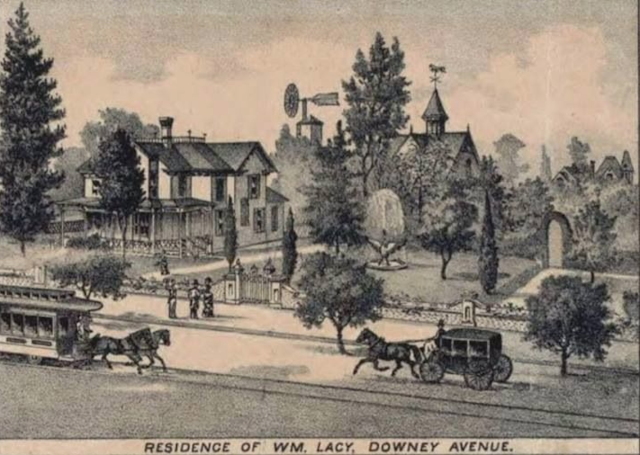 Of course the native Tongva or Gabrielinos lived on the land for at least fourteen hundred years before that.

I am intrigued with this place. I am planning on coming back soon with my camera and I'm going to take my time and get to know it a bit. Very cool area. 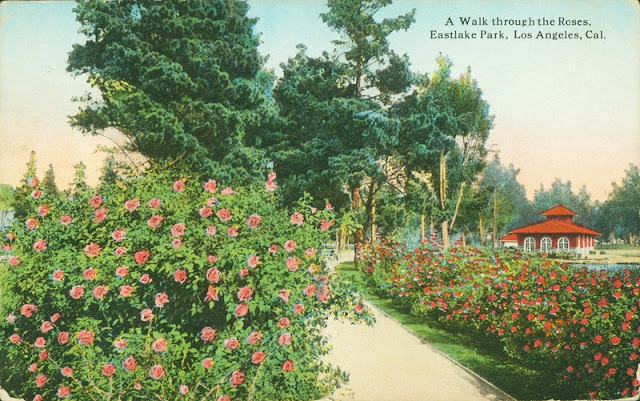 Send me in, Coach!

My German/Irish paternal grandparents raised my father and his six siblings in Lincoln Heights. Jerry Sr. grew up bi lingual speaking Spanish as his second language. The family didn't have much money at that time during the 1930's, so at age 8 Dad started working as a shoe shine on a busy street corner after school and on weekends so he could afford to buy his own clothes. He had a lifelong love of Mexican food. Dad said it was a very rough neighborhood where he and his older brother Jim had to learn how to fight to survive. At age 17 his best friend was killed in front of him by pool cue swing to the back of his head over a bet with a stranger who didn't want to pay up. Dad enlisted in the Navy the next day, and off he went to the Pacific theater during the last two years of WWII. He always got along great with hispanics and blacks because that's who he grew up with. I never heard a prejudicial or judgemental word come out of his mouth toward anyone based on their race. It was quite a journey that he made from Lincoln Heights to North San Diego county.
RIP Gerald Hall, Sr.

Old LA stuff makes me homesick for the past. Growing up in late 40s early 50s LA was kind of magical, especially since I was born and raised in Manhattan Beach, and went back and forth over city streets (no freeways) to my grandparents house in Glendale where my Dad was born. When I want to visit old LA, I put on Chinatown and watch it. ~ Diane O

Sanoguy is from Manhattan Beach too!