Back to San Jack 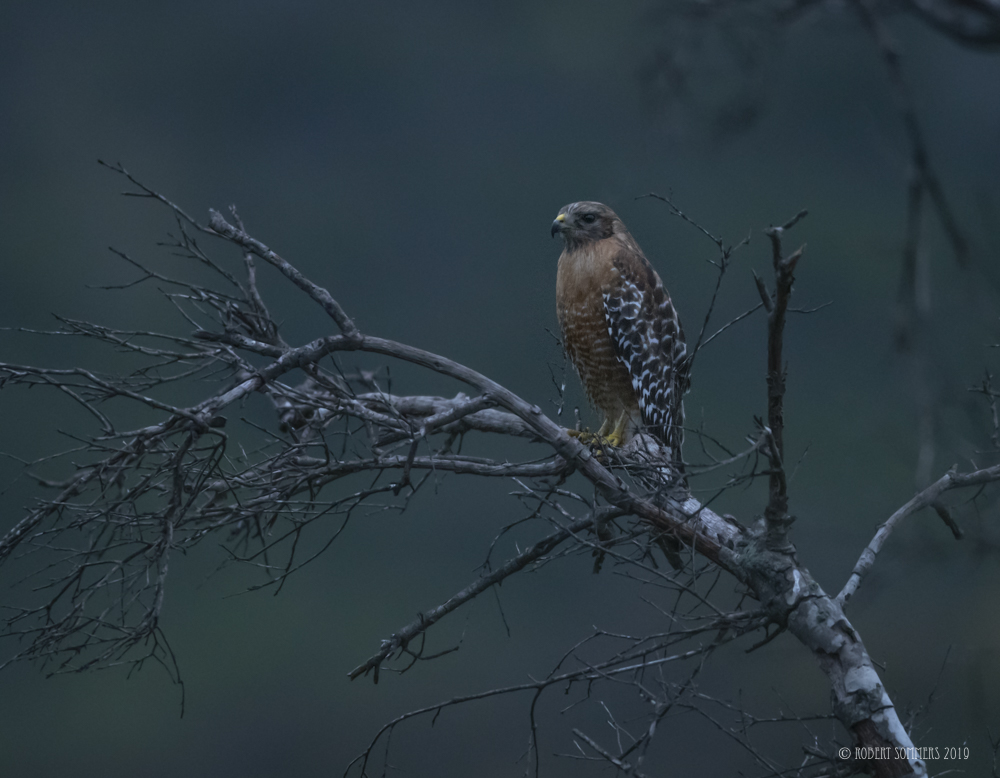 I have friends across the political spectrum. It is obvious that many of those on the left are in a deep funk over the Mueller Report and are nursing serious depressions.  My counsel is to stay away from high ledges and sharp objects. I have been steering clear of politics wherever possible of late. and don't intend to really spill now. Don't have enough faith in my fellow man to get too disappointed over stuff like this. 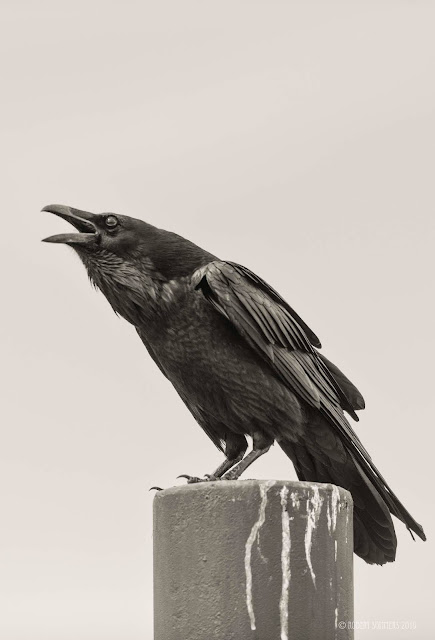 Our nation is deeply divided and the no collusion/no exoneration edict will obviously satisfy no one.

Kicks the can down the road, the truth will eventually out I suppose.

For now it is like a rorschach blot and people see what they want to see. 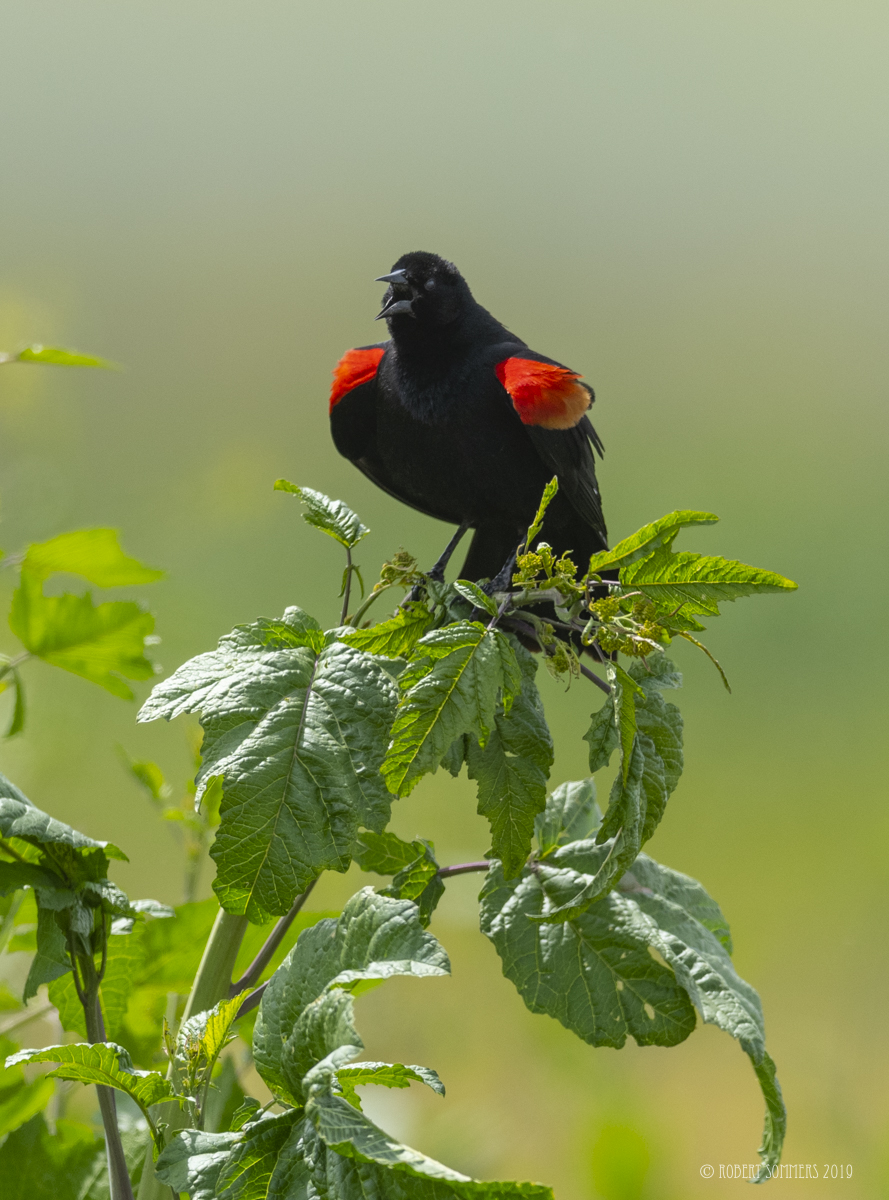 I decided to bug out yesterday and head for the hills for a couple of hours and see what was up at the SJWA. 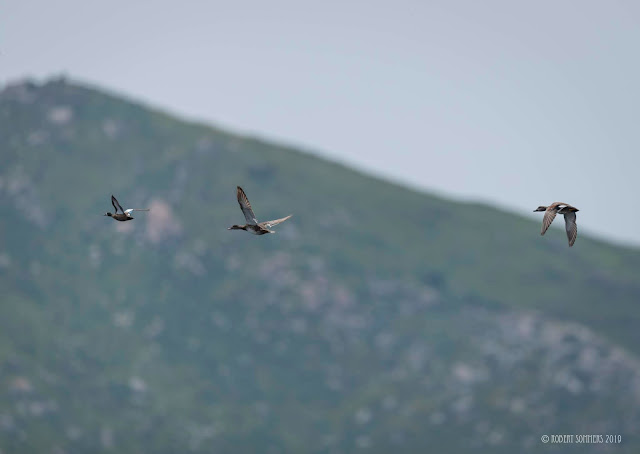 In the bird sense, not a whole hell of a lot besides a million or so red winged blackbirds. 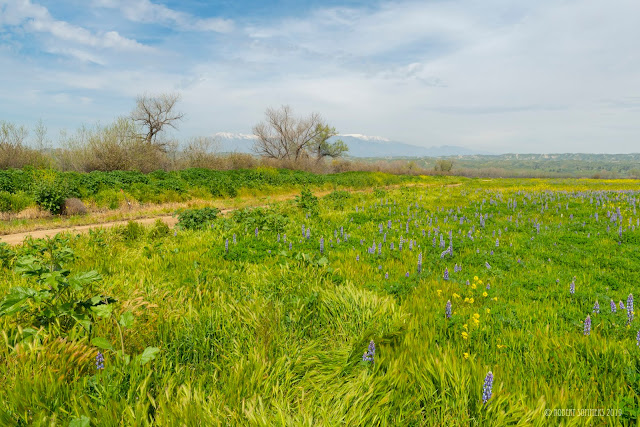 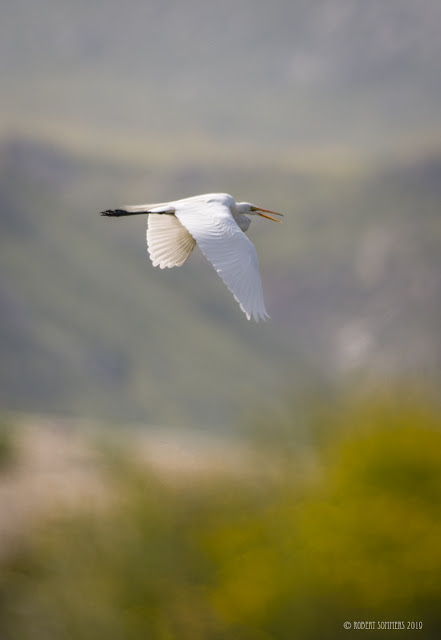 But the fields were bursting with lupine and a bad day there certainly beats just about anything else when I need a mental health break. I got an excellent hike in, laden down with heavy camera gear for a little extra cardiac burn. 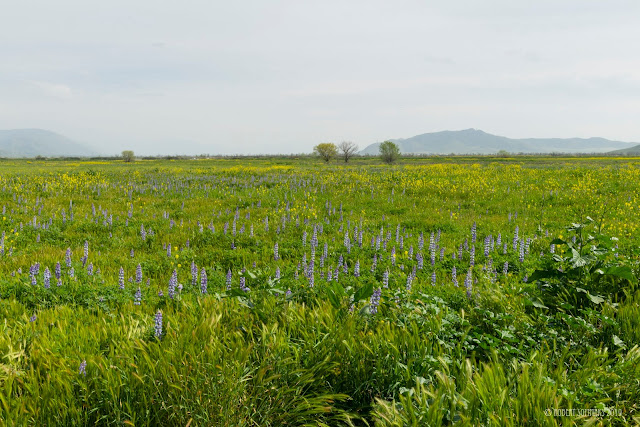 Didn't see a whole lot of raptors, a harrier here or there, a red tailed or two, lot of action just out of range. 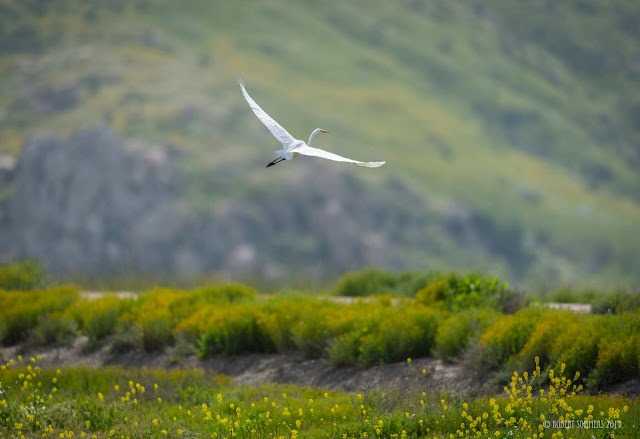 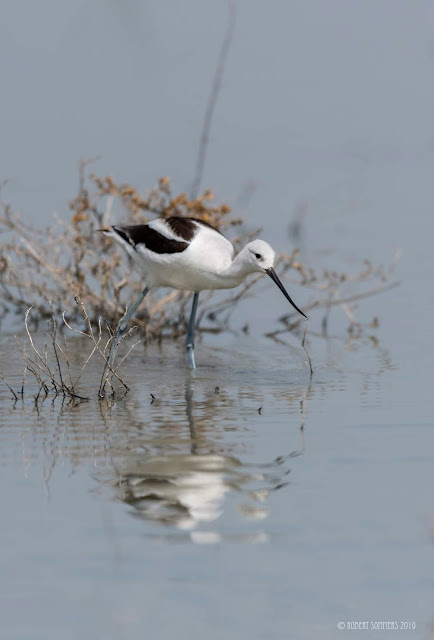 The ever present shorebirds were there of course, like this avocet. Saw cinnamon teals and shovelers, buffleheads and mallards. 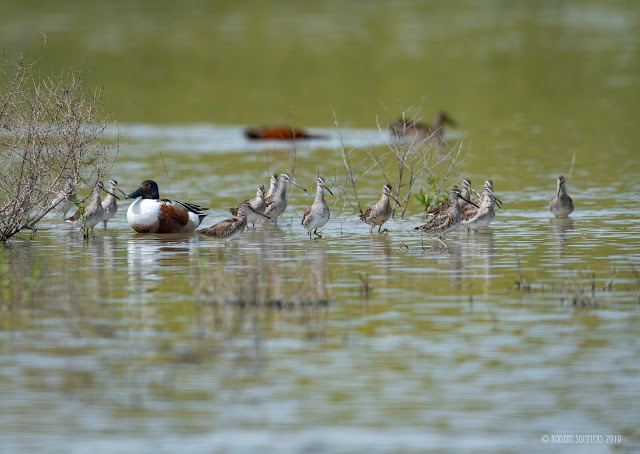 I am certainly no expert but will take a shot and say these are dowitchers of the long billed variety. Looking for a wealthy dowager with a pet dowitcher... 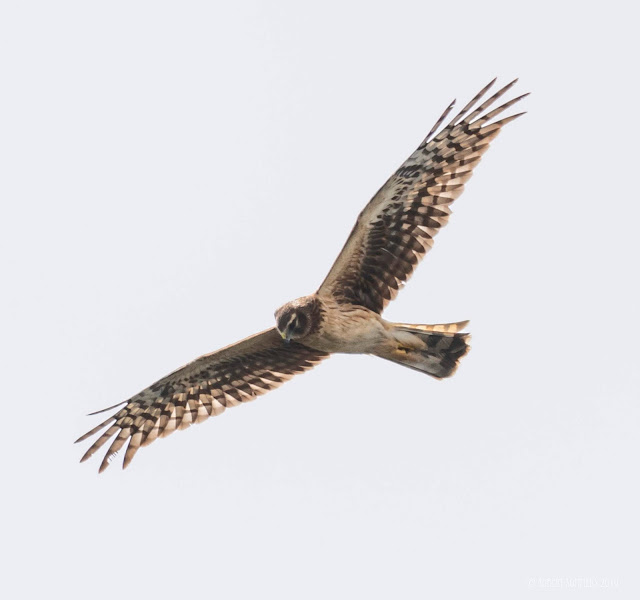 I set my tripod up and was content to just chill and see what might fly by. Never get tired of the harriers gliding silently over the marshes. 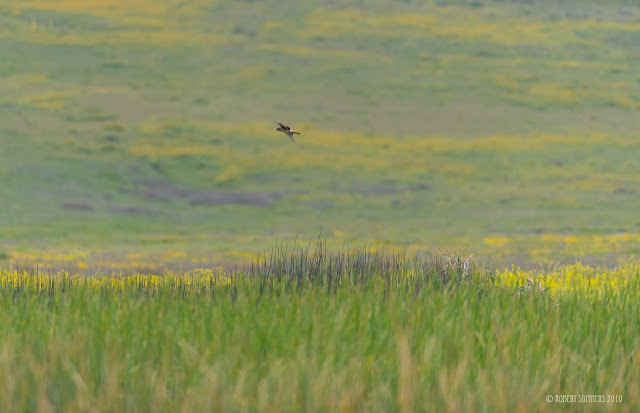 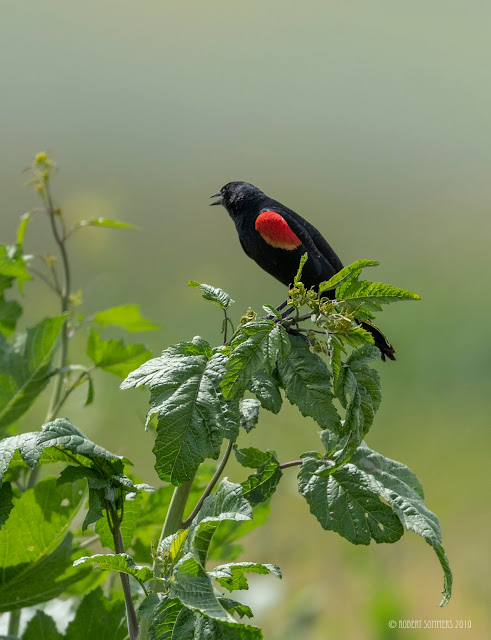 I was walking through the marsh loop yesterday and realized that I was hearing about thirty high pitched bird frequencies at once.

It felt like I was in the center of an avian symphony, a rich tapestry of sound.

So calming. At 8000 hz and above I was absorbing a lot of alpha wave frequencies. Instantly puts me in the right place. 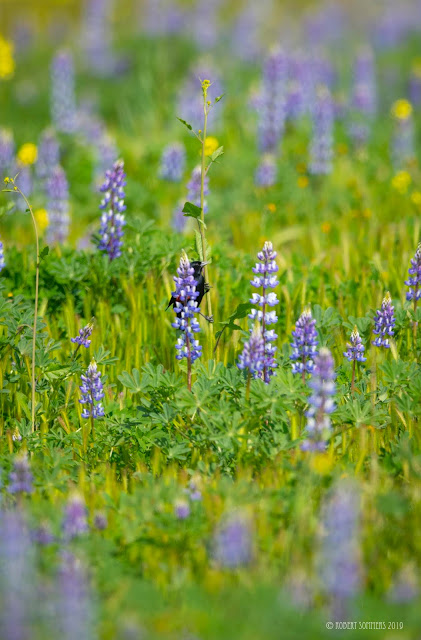 What do you non birders do when you need a shot of mental health? Besides church and pharmaceuticals...

Walker Rd. is still closed due to storm damage. I cut out of the San Jacinto Wildlife Area pretty early, had my fix. Talked to a ranger I know, he says that the tri-colored blackbirds should be making an appearance soon. 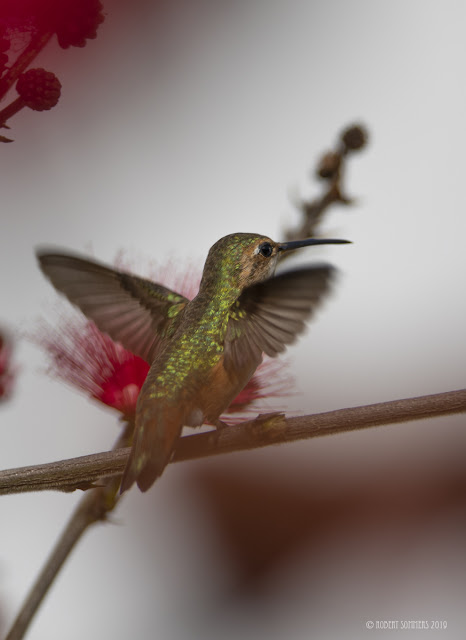 I stopped off at Les's house to pick up some oranges.

He had a beautiful female hooded oriole in a tree, the hummers were going crazy over his bottlebrush. 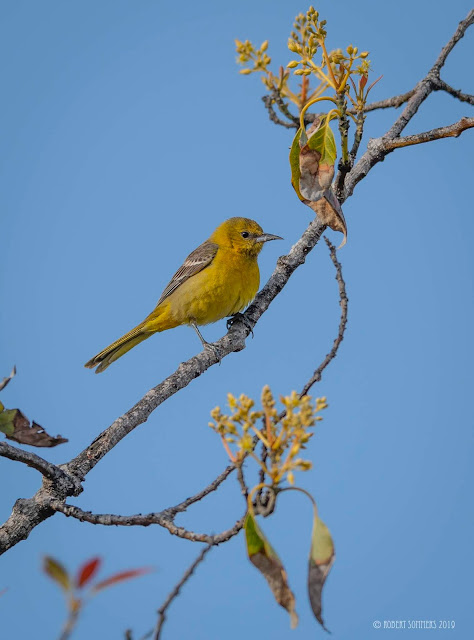 Made it home to a reheat of the Chinese food and a rewatch of Kung Fu Hustle which is on Netflix again. 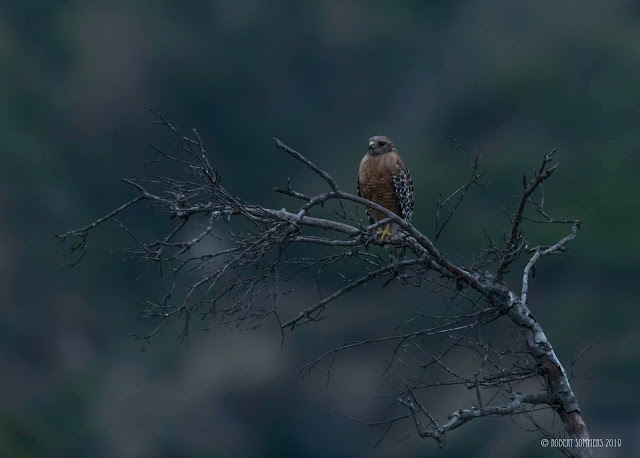 Leaving the driveway this morning I captured a lovely red shouldered hawk on a branch at the end of my driveway in the twilight dawn hour.

Funny, no matter how far I travel, home is always the best and most beautiful place for me.


Let's all try to stay happy and away from each other's throats.
Posted by Blue Heron at 10:49 AM

Perhaps Mueller was oversold as the messiah that would save Democrats from the horrors of Trumpism. Perhaps this is just a reminder that Trump is the culmination of thirty years or so of rightward drift and the extremism that was inevitable as the drift right progressed. So possibly we have to put our big boy pants on and just dig in for the long slog that is needed to bring things back toward the center or even a notch or two to the left. There ain't no political savior in this picture just millions of citizens hoping to dig out of a colossal mess. Hopefully the awakening can occur before it is too late, if it is not too late already. Meanwhile, the bird snaps are delightful and the hummingbird picture on the masthead is a real winner. More birds less politics and a chicken in every pot!

Oops, I guess the hummingbird was yesterdays headliner, it is still just fine.

Asked a friend last week in a conversation about national politics here (here is not the US) which countries currently had good governments (she is a very well informed person who has lived in multiple countries and now has permanent residency in a country she was not born in).Between us we we had trouble naming any - tossed out New Zealand as a hopeful. I would say our criteria were: non-authoritarian, somewhat efficiently run, not in political crisis, responsive to the needs and wishes of the citizens. There were points in my life I would have said the US met these modest criteria. I say were........
Seems to be a worldwide thing, and I don’t think it is one side bitching about the other sides happiness.