Beto O'Rourke denied ever taking LSD yesterday. I have no way of knowing if he was telling the truth or not and frankly don't care. It's really none of my business. Well I think it would have been nice for him to admit if he had but I don't blame the guy for lying, considering the circumstances. He can always repent later on or go to tripster confession.

I do think it shows you how far we have come, ten years ago, it was have you ever smoked weed? Now that's pretty much a given.

The new politico taboo is obviously psychedelic exploration, although that makes little sense. We have no problem with you if you are a hard core lush who beats his wife but if you took acid before, horrors! Not sure I want a glazed president juggling the nuclear football while listening to Dark Star but I have no problem with a little youthful exploration.

Early adherents like Steve Allen and Cary Grant were administered acid by the good Dr. Janiger to cure and heal them and the substance did surprisingly well, was quite effective actually, especially with the treatment of alcoholism. 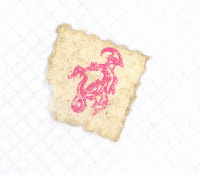 Not really sure why the subject was even broached but there are reports that a younger Beto once wrote fiction online under the nom de plume "Psychedelic Warlord." Hmmm.
Posted by Blue Heron at 5:13 PM