Google employee Emma Iwao has used a program called ychuncher to figure pi out to 31.4 trillion decimal places, or π * 1013. A new world record.

Good for her. Quite a feat. Took four months of calculating on 25 virtual machines run through Google Cloud's Compute Engine.

Pi, the ratio of a diameter to a circumference admittedly gets a lot of love. And it should. But some say that Tau 2π is a more accurate arbiter of the ratio. 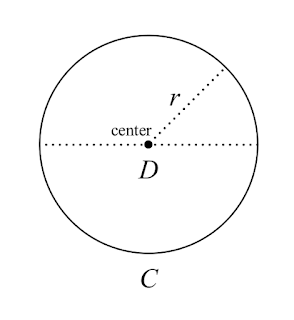 Tau gets a day too but it is in June sometime and nobody really gives a hoot about it. Not sexy like pi. I will leave it to the mathematicians to deconstruct:


It should be obvious that π is not “wrong” in the sense of being factually incorrect; the number π is perfectly well-defined, and it has all the properties normally ascribed to it by mathematicians. When we say that “π is wrong”, we mean that π is a confusing and unnatural choice for the circle constant. In particular, a circle is defined as the set of points a fixed distance—the radius—from a given point, the center (Figure 1). While there are infinitely many shapes with constant width (Figure 2),3 there is only one shape with constant radius. This suggests that a more natural definition for the circle constant might use r in place of D: