I have had a lot of strange birds in the yard of late. Something started calling at evening last night and then continued through the night. I've never heard the particular call in forty years here. Leslie hasn't either.

I've had Lawrence's goldfinches at the niger feeder this week. Don't recall them either. Three different neighbor's tell me that they have seen golden eagles on both Vista Del Rio and Gavilan Mt. of late. I have not but guess it is possible. A couple decades ago, I saw a nesting pair in a remote area of the gorge east of me, past Morgan Springs.

And I was under an avocado tree the other day and a falcon flew right at me. I am not sure if it was  a prairie or peregrine falcon but the black eye banding and dihedral angle was unmistakable. That is a first. Funny thing, it was flying very slowly after a bird, more like a Cooper's under the tree limbs. But it was not a hawk but a falcon. I didn't have my camera but hope to see it again some day.

The neighborhood raptors know all about the bird feeders, you can be sure. 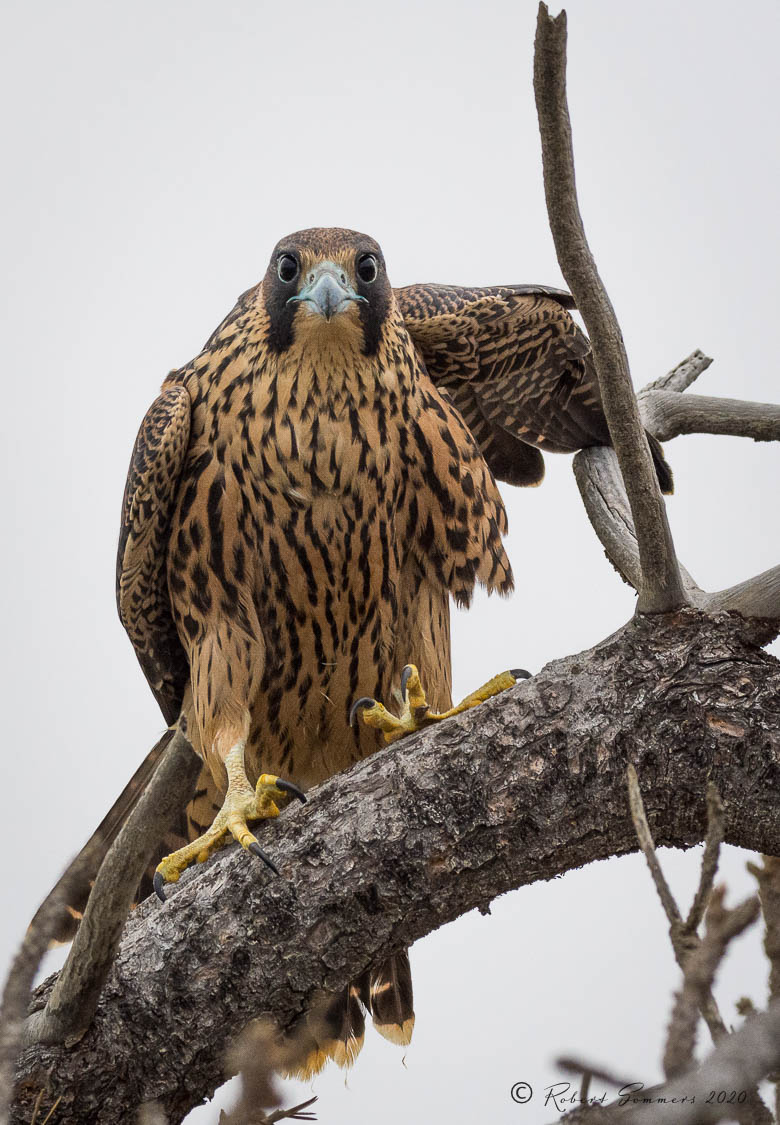 Here is a picture that I have never before processed, of a peregrine falcon at Torrey Pines from two years ago, only had been flying for a couple days and landed three feet from me on this dead branch. Live for and love moments like that.

Anyhow, I am determined to clear up some puzzles about what might be crawling and flying into the yard, especially at night. I bought a trail camera yesterday on Amazon. Have to figure out where to put it but we have had so many owls around lately, I look forward to catching some digitally in the infrared bandwidth. Perhaps a puma or bobcat too if I am really lucky.
Posted by Blue Heron at 5:19 PM