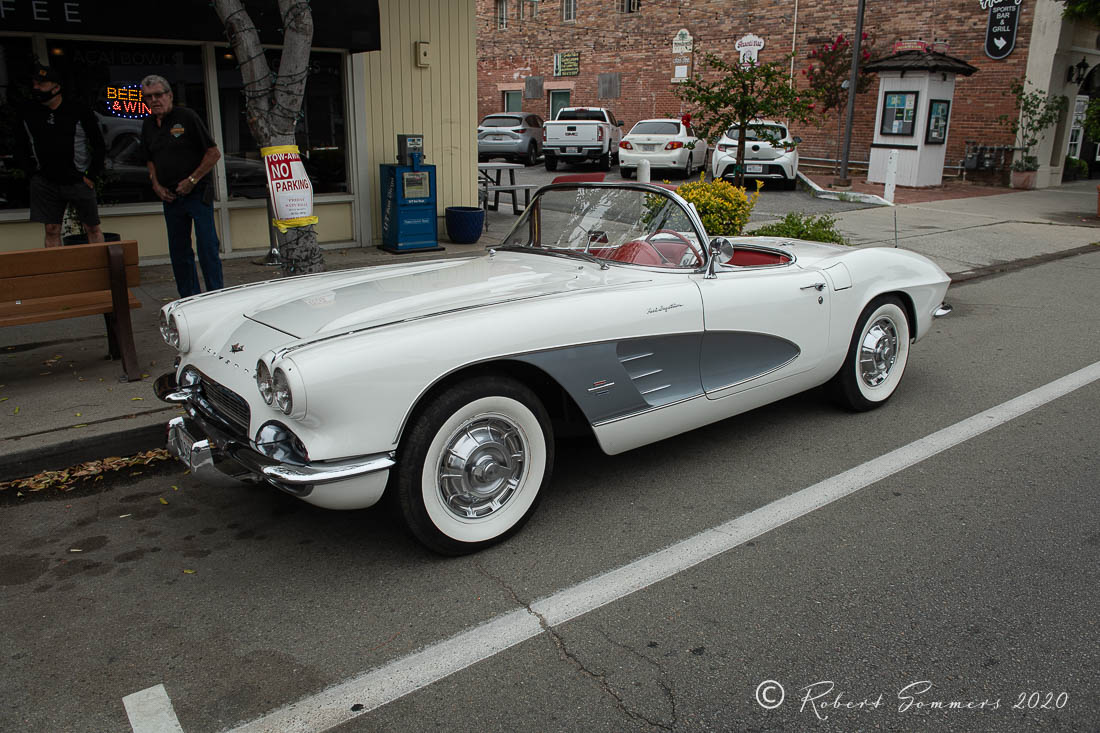 I have never been a big Chevrolet guy but I make an exception for early corvettes. Joel brought his 61 to coffee yesterday. It is the special fuel injected model and is just an absolute cream puff. Please excuse Ray zipping his fly or whatever he is doing. 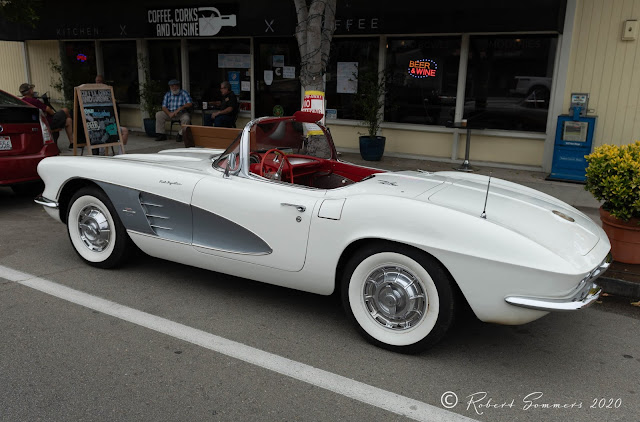 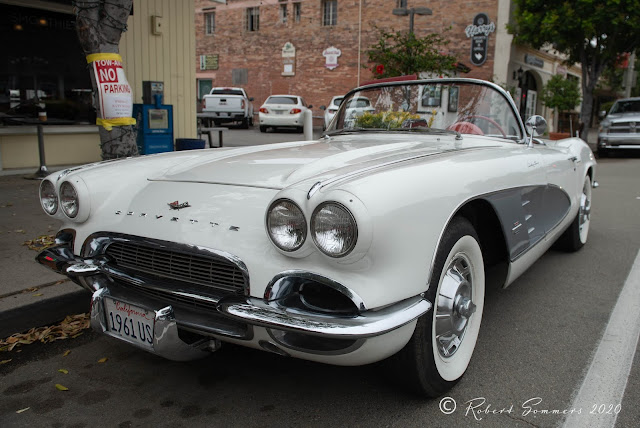 Joel bought it many years ago from the original owner who took meticulous care of it and logged every mile driven. Joel has continued the immaculate stewardship.

I used to think that I liked the late 50's versions the best but this particular car is tough to beat. All original including the paint. 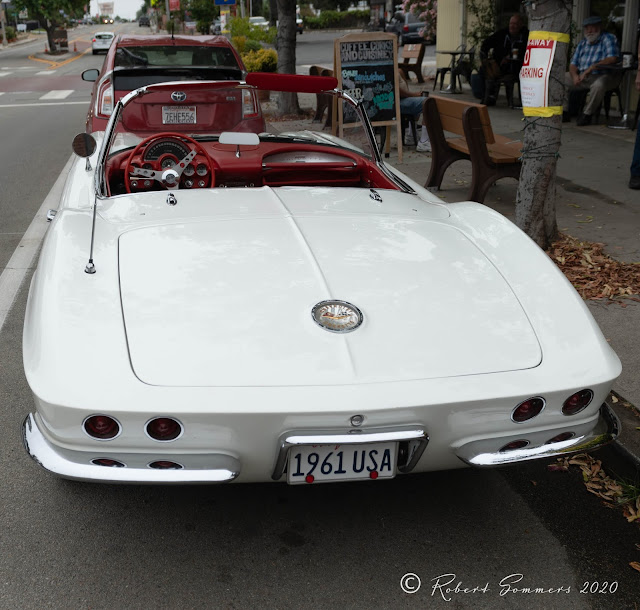 The tail was redesigned in 1961 and it is now an iconic automobile design feature for the ages. The stingray was born.
Posted by Blue Heron at 9:57 AM

Nice vette - parked right next to a 'no parking' sign. WTF?

We fallbrookians have a serious rebel streak!

Watch out - next thing y'know DLT will send in a contingent of unmarked federales with
t-gas and pepper bullets....