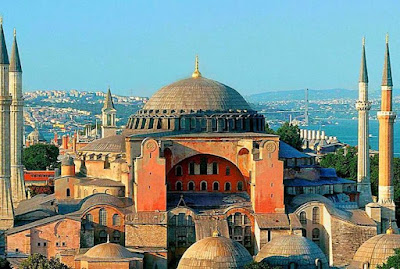 Many in the Christian world are upset that Turkey is proposing to convert this immense building, which is currently a museum, into a mosque.

The Hagia Sophia, located in Istanbul, was also once known as the Great Mosque of Ayasofya.

Built in 537, during the reign of the eastern Roman emperor Justinian I, it was first a Christian Orthodox Church, then was converted to Roman Catholicism in 1204, was retaken by the Eastern Orthodox in 1261 and then finally morphed into Islam after the Fall of Constantinople to the Ottoman Empire in 1453, converted to a mosque by one Mehmed the Conqueror.

It remained a mosque for a little under five hundred years until it was turned into a museum by the secular Turkish government in 1931. Hard to keep track of all this without a scorecard but it has obviously served as a center of faith to many people and creeds over the ages. Who has a rightful claim to it? That is a question far beyond my paygrade.

But I will say that the Vatican has a lot of nerve here as they have engaged in the same sort of mosque and land grabbing on many occasions throughout time. Most faiths have. If you are the true religion, god wants you to pay special attention to the local real estate.

*
If you want to subjugate a people the first thing you do is forbid their native language. The second thing is you steal their gods and banish their faith. Both of these tactics go a long way when destroying native culture. Let them know that we piss on their god. 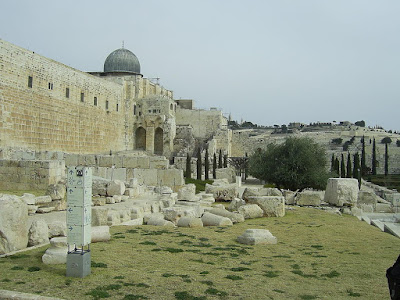 So, in Jerusalem, we build the Islamic Mosque of Omar right on top of the ruins of the Second Temple of the vanquished Jews, the last tenants.

I am sure in turn that the Jews themselves previously pilfered more than a few purloined pulpits from the Philistines and Hittites.

The Spaniards took a similar tack in California and the southwest, placing Missions right on top of the kivas and the most prime real estate of the native inhabitants.

After despoiling a few young babes of course and exterminating a couple then existent populations.

For God and King of course.

They then instituted blasphemy laws and worked on wholesale conversion of the heathen natives. 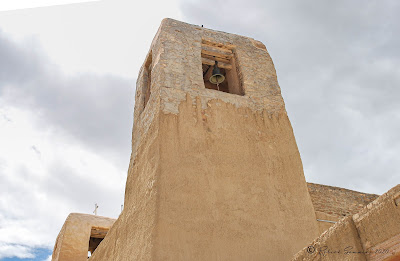 This was replete with the occasional lopping off a local's foot who may have strayed out of line.

Many Indians got quite sore about this sort of thing, hence the ill fated Pueblo Revolt of 1680.

Hell, they are still sore, at least some I spoke with at the San Estevan del Rey Church at Acoma. People have long memories, even heathen savages. 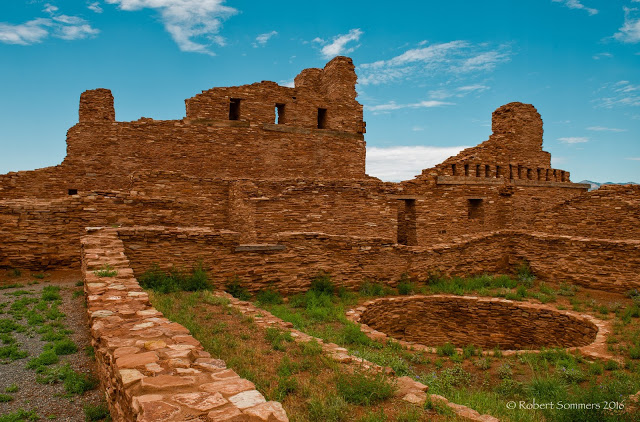 Here you can see a round kiva inside a church building at Abó, one of the southern Salt Pueblos in New Mexico. 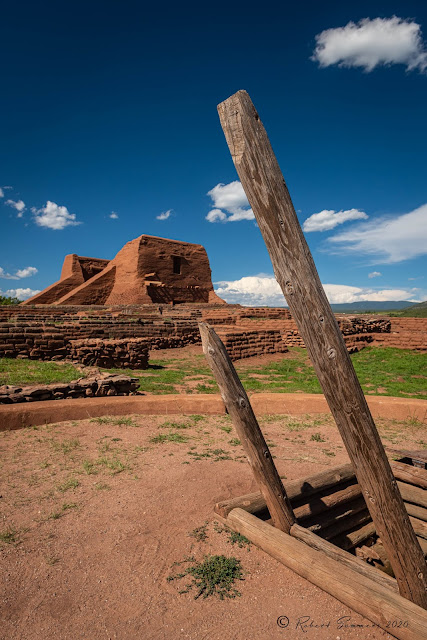 And a similar configuration at the Pecos Church.

It's in the Conquest 101 basic handbook. The first thing you do is kill the old gods.

And of course if you are a beneficiary of the "true religion" as most of us are, you can enact your ethnic cleansing and the resultant real estate grab relatively guilt free.

Cortes built a church right on top of an immense Aztec pyramid in Cholula.

In 1594, after settling in the city and claiming it for their own, the explorer and his minions built a church - La Iglesia de Nuestra Señora de Los Remedios (Our Lady of Remedies Church), right on top of a pyramid hidden in a mountain.

Which happens to be the largest pyramid in the world. 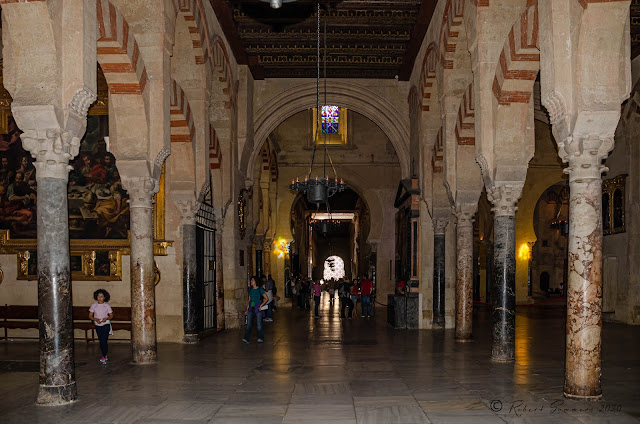 One of the most beautiful religious buildings I have ever visited is the Grand Mosque of Mezquita in Cordoba. Cordoba is located in Andalusia, in southern Spain. 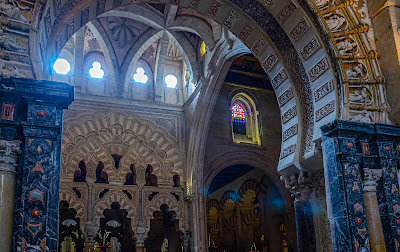 Well that is what they called the building before the Catholic reconquest renamed it the Cathedral of Our Lady of the Assumption anyway.

Tradition holds that a Visigoth church once stood on its site. There is no actual archaeological evidence of this but no matter.

This magnificent structure was constructed around 784 CE by the Umayyid ruler Abd Rahman I. 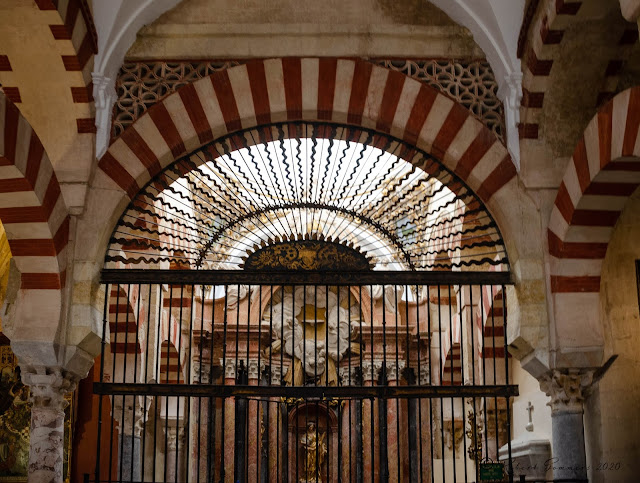 The building has 856 date palm shaped columns of jasper, onyx, marble, granite and porphyry. Prisms throw rainbows around in the structure with spectral abandon.

In 1236, Córdoba was conquered by King Ferdinand III of Castile, and the center of the mosque was converted into a Catholic cathedral.

On purely aesthetic terms, this did not help the building. While the Islamic bones of the structure are spatial and show perfect composition, the Christian ornamentation is purely topical window dressing. Ongepatch.

The conjunction of the two theological styles is just a really bad architectural fit.

I could go on and on with examples of this sort of thing occurring throughout time but there is no need. We all know it is ludicrous. G_d is much too busy judging the outcome of high school football games to busy himself with such mundane matters of title claims and real estate.

Every tribe has done it. Nobody should be shocked or feign innocence or righteous indignation. That's it, I'm out.
Posted by Blue Heron at 3:22 PM

You build it they will come...can't have a major religion without a major flock. Doesn't matter what they name it, if the congregation goes elsewhere you got yourself one dead and dying creed, Apollo not withstanding. You got at least 1 Billion Catholics on this spinning globe with about 1.8 Billion of Muhammed adherents.

Seems they could both get together and trade off...'give ya a mosque and a couple minarets fer yer cathedral down the street, just fer this month...then we want em back'.

'You can keep yer bingo, we'll take the hareem'.

Thanks for the interesting and attractive blog. All in the name of God, what a tragedy.

Just think of all those centuries when you could be burned at the stake for heresy! But not before being excommunicated of course.

Maybe they should try a no religion zone in the middle east.

I remember mom taking us to picnic at the San Diego mission. It had become a tourist site. Don was there and she made German chocolate cake.

I was surprised by my own reaction to the reversion news and the fact that it registered with me at all, being an unbeliever. I'm perfectly fine with what the locals want to do with it, but felt a bit surprised as it is one more sign that I was really living in a time of major change. The new era. I wonder how long I'll live to see the results? At best 20 years but they should be interesting ones.

Just happy that I got inside to take photos when I could as it will probably be closed to non-Muslims after they start services.