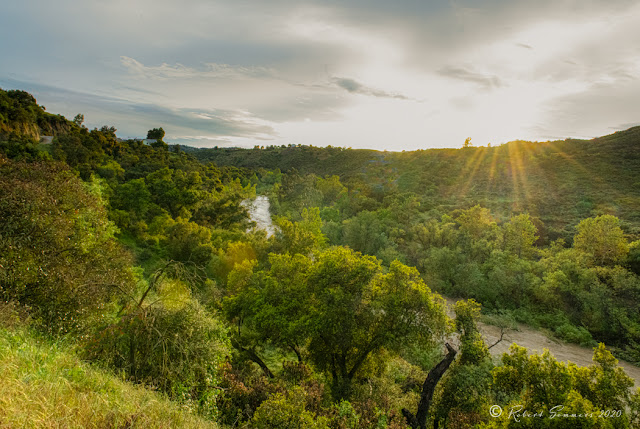 I believe that I mentioned Jeff Pack's recent excellent article on the overcrowding problems on the Santa Margarita River Trail.

Unfortunately Zach from the Wildlands Conservancy, the steward of the trail, only talks about the Sandia Creek side in the article and neglects to mention our entrance to the trails on Willow Glen.

After thirty one years of obscurity some tipping point has evidently been reached and now during the times of Covid 19, we are getting bombarded on our side and heavily impacted with hikers and traffic. While I acknowledge that Sandia Creek has it bad, in some ways the effects on Willow Glen might be worse. The road was not designed for this sort of traffic load.

We have a steep winding road and people are driving like bats out of hell to get to their new favorite recreation area. Cars and horse trailers coming over the center line are a daily occurrence. Talk about swaver. It is only a matter of time before somebody gets hurt and wrecked. We now have to drive through a gauntlet of clueless pedestrians at the mailboxes to get to our homes. They literally stand in the middle of the road and don't move, like brain dead cows in a stockyard. And they are leaving a lot of trash and beer cans behind.

Two days ago there was quite a row of cars parked in front of the No Parking signs. Who cares about signs anymore? Yesterday a skiploader came in and started grading for some reason. I stopped a worker this morning and asked him what was up?

And I was told that we are getting a new parking lot for the hikers behind the mailboxes. Rather than dissuade them from the current over usage we are going to institutionalize the use and make it more convenient for them, dangerous road and local residents be damned. No input from local residents, no use permit.

I saw this coming when the trail system concept was introduced about twenty five years ago and said publicly that it would not be a great thing for local residents and I am sorry to say that my worst worries as a person who lives on the Santa Margarita River are now being realized.

There is one guy who thinks that the road is his private hiking trail. Every driver is met with wild gesticulations from the guy to slow down, no matter how slow we are driving. He makes these overdramatic gestures about dust but of course won't wear a mask. He doesn't seem to realize that we actually live there and need to travel to and from our residences. It is like we are bit players at these people's new and private amusement park.