There is some classic double talk going on in Washington right now regarding exactly how safe it is to send children back to school. Betsy DeVos had this to say on the Sunday morning talk shows:

“There's nothing in the data that suggests that kids being in school is in any way dangerous. We know that children contract and have the virus at far lower incidence than any other part of the population."

Adm. Brett Giroir, an assistant secretary at the Department of Health and Human Services who serves as the administration’s coronavirus testing czar, also defended the recommendations Sunday, calling them “right on target.”

Interestingly enough, an internal CDC memo has surfaced that pretty much maintains the exact opposite.


Internal documents from the U.S. Centers for Disease Control and Prevention warned K-12 school and university reopenings would be the “highest risk” for the spread of coronavirus, according to a New York Times report. The report was issued the same week Trump and his administration pushed for schools to reopen. The Times released the CDC’s 69-page document marked “For Internal Use Only” and found “noticeable gaps” in all of the K-12 reopening plans it reviewed. “While many jurisdictions and districts mention symptom screening, very few include information as to the response or course of action they would take if student/faculty/staff are found to have symptoms, nor have they clearly identified which symptoms they will include in their screening,” the report stated in a “talking points” section. “In addition, few plans include information regarding school closure in the event of positive tests in the school community.”

Now I am not a virologist, epidemiologist, school administrator or even a parent. I sell antiques, blog and read the news. But there seems something very shortsighted and lemming like with this "open the schools up, what's the worst that could happen?" attitude.

I know where it comes from. Trump needs to convince America that everything is hunky dory and the virus is going to go away so that the economy comes back and he can get re-elected. And these "professionals" will say anything, they will tell you the sky is green if it improves his chances.

But I think we should take a look at what happens when you bring lots of kids together in confined spaces. Have you heard about Camp Kanakuk in Missouri? Eighty two kids and their counselors were sent home from the Christian Camp with confirmed cases of Covid 19 last week.

Seems like a risky bet to play with kids lives right now. While they have extremely low mortality rates, their older teachers don't and some of the physical damage the kids and their teachers will suffer will stay with them their entire lives. 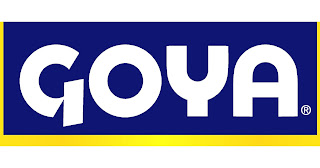 Many in the hispanic community are calling for a boycott of Goya food for their CEO's recent slavish fawning over Trump, a man who has referred to them as rapists and criminals. Goya Food's CEO Robert Unanue says that a boycott amounts to a suppression of speech.

Does it? He is certainly free to say whatever he wants to and to support whomever he wants to politically. And is the general population not also equally free to spend their money wherever they see fit? If it is a suppression of speech it is entirely self induced and not a denial of anyone's rights. And of course, supporters of the political slant of Unanue are free to buy as much of his product as they care to. Anglos are going to be eating a lot of rice and beans, methinks.

My wife and I have been told that certain people will not shop in our stores because they hate our liberal politics. That is also their right.

*
An excellent and thought provoking article on religious liberty and Christian political power by the conservative writer David French. I agree with much of what he says.


It would slander American Protestant Christianity to neglect the way in which it often used its immense power for good, including by mounting the Christian case for abolition and civil rights. For all its flaws, and for all its failures to fully extend religious freedom on an equal basis to all faiths, there are reasons why Catholic and Jewish immigrants flocked to this still-imperfect nation. There are reasons why Muslims have left Muslim lands to seek refuge in a nation indelibly shaped by its Protestant establishment.
But to heal the racial breach, it may be necessary to rethink partisan alignments, to be open to understanding why Christian brothers and sisters who have the same theology do not have the same spiritual, political, and cultural priorities. To be always Christian does not mean declaring one will be always Republican—or always Democrat.

I am always fascinated when people think that having the right to free speech means that their speech must not have any consequences. This ridiculous notion is present across the political spectrum. The constitution guarantees that the government must not take action against you based on what you say (within limits defined by the constitutionally guaranteed rights of others). Many countries' constitutions have similar guarantees. But the US has a tradition of weighing this right more heavily than others.

Nonetheless we are free to disassociate ourselves from those whose speech we find offensive. We are free to call on others to do the same. I am not a fan of doxing as I think it violates other constitutional rights.

I also think that an employer (unless prevented by state law or employment contract) is free to "disassociate" from someone who publicly behaves or speaks in a manner that the employer deems unacceptable. Most employer are smart enough to cover this in their employee handbooks.

While some push these rights to a morally questionable point, condemning all such expression as "Cancel Culture" is IMO often just a way do defend the indefensible.


A while back I lived with a girlfriend for three months and was sick with a cold or the flu for probably eight weeks of that time... because my girl had an eight year old daughter. That kid's second grade classroom was a virus factory and of course she brought the bugs home (we were gifted with head lice too). Kids aren't hygienic and they don't 'social distance', they are really good disease vectors.

WTF DeVos ? Does Trump make new hires take an I.Q. test to screen out the smart ones ?