Leslie and I made a Temecula provision run yesterday, Organic Roots, Trader Joes and Costco. Saw a couple interesting things at Costco. 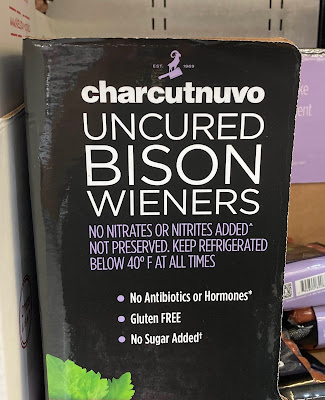 They really do sell everything. 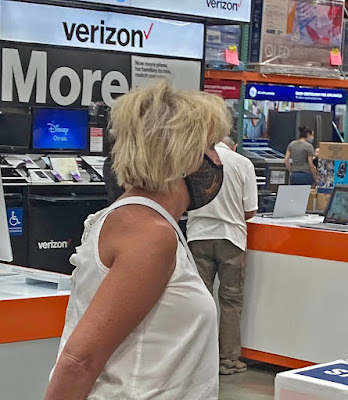 But the really cool thing was something Leslie spotted, a woman in a Louis Vuitton mask. A first for us.

I guess it is important to show our social rank and privilege, even or especially at Costco during a pandemic. I was impressed.

It was tough to get a picture with my phone because she was staring right at me and I felt funny shooting straight on so I had to wait until she turned her head.

I will say that people at Costco were exceedingly well behaved. Everyone giving each other space, wearing masks, except for one woman anyway, and most of us trying to avoid confrontation. I certainly was after my last visit almost getting ugly with the guy who wouldn't wear a mask.

I talked to one very polite man there about the situation and he agreed that everyone is wound so tight right now that you just don't want to provoke anyone and see them go off. Too many people armed and dangerous. 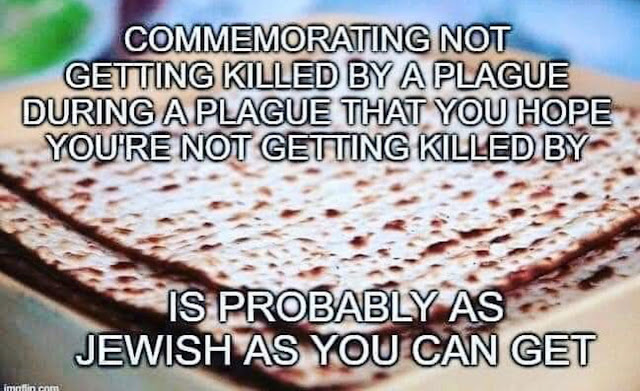 Richard in Thailand sent me a picture of an overlarge cicada next to a medium sized Swiss army knife. I guess they are awake. 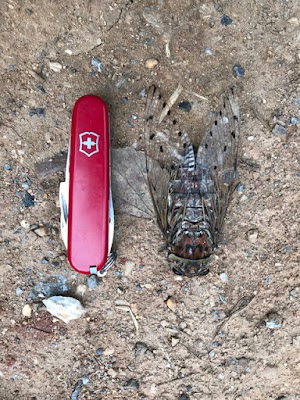 Ray told a joke at coffee this morning.

Leslie taught me a new word last week, wamble. She said it was the sound your upset stomach makes. Great word.

Wamble: Both a verb and noun meaning: 1. To move unsteadily; an unsteady motion. 2. To feel nauseated; a feeling of nausea. 3. (Of a stomach) To rumble or growl.
From the Middle English wamelen (to feel nausea), from the Indo-European root wem- (to vomit), the source of the words such as vomit and emetic.

And when I heard the President say that he might not accept the November election results if things don't go his way, well, my stomach definitely wambled. And now he has a federal force engaged that seems willing to back him up, as we see in Portland. Wolf and Cuccinelli can be the new Himmler and Goering.

“The radar is also picking up a squadron of Russian ICBMs, so I wouldn’t sweat the thunder showers…“. Al Sleet

Updated health info now is that naturally cured meats with no added chemicals still have unhealthy nitrites/nitrates present. Thus a fresh product that doesn’t. Not my thing, but reasonable.

It's all about the wiener, dude.

Wamble on by Wed Zepwen