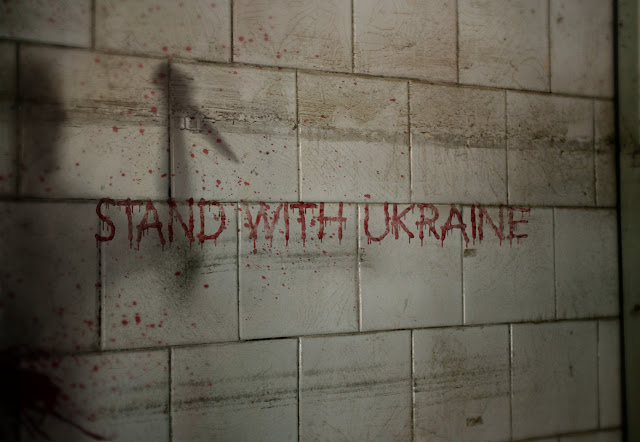 I am not generally in agreement with the opinions written at National Review, it is an extremely conservative website but still sober enough to occasionally acknowledge the dangers of Trumpism.

Still, the opinions are generally well written and sometimes I am in agreement with them. This may be such a time.

Robert Zubrin has a piece worth considering, Biden embraces a Ukrainian defeat. While the frothy headline is smarmy clickbait, the author may be correct in his analysis.

It has become evident the Biden administration has embraced conflict “containment” as its principal objective in dealing with Russia’s invasion of Ukraine. According to this theory, while it would be nice if Ukraine survives the war, that is not of fundamental importance. What is critical, as far as the Biden administration is concerned, is that the war not spread to involve other parties, notably the U.S. and NATO. Thus, Biden has ruled out providing NATO air support, a no-fly zone, old Warsaw Pact MiGs, or even Patriot anti-missile batteries on the supposition that such aid might sufficiently anger Russian dictator Vladimir Putin such that he lashes out at the United States or our NATO allies, thereby drawing us into the war.

A strategy designed to give up on Ukraine but sealing the calumny to its borders might avert World War III but is it fair to the people that live there?

Is this a proper strategy for the Untied States to undertake, a country once committed to fighting fascism? Is it fair to allow Ukraine to become a blood sacrifice on the altar of Russian expansionism? Is it proper for Biden to limit arms sales to the Ukraine because of the risk to the world of a larger conflagration? What sort of friend and ally are we destined to be?

I am not sure what the writer wants but we are doing a pretty good job of supporting Ukraine. Considering that we are dealing with a situation that is extremely dangerous and which has the potential to go nuclear I would say we are doing quite well. We may be able to play a better hand of "chicken" with Putin, say by allowing Poland to transfer Russian models of jets to Ukraine. However we are in no way standing by idly and whistling while Putin rolls to victory. It helps that Ukraine is doing an unbelievably good job of defending itself and a big reason for that is the large amount of weaponry we have provided and continue to funnel into Ukraine. It appears that the Russian infantry and armor are stuck this may well push Putin to find an exit. There is no doubt that Putin would be happy to immolate cities but I am not so sure the Russian public will put up with it. It is like the US bombing Canada except that there is a closer connection between the Russian and Ukrainian people than there is between the US and Canada. There is a lot of uncertainty but overall the US has done reasonably well and has not made a giant mistake. I hope it continues that way.

The question is if a "pretty good job" is enough for them to survive, I guess...

That is the question as Hamlet said. Many variables and low information. Lots of intense consequences from any action or inaction. As these things go a, "pretty good job" is about as good as it gets. The other possible outcomes are tragic.