I shot the sheriff

We were having dinner with Doctor Neon at the Korean place the other night and talking about magnetic performers. I mentioned Ian Anderson as the greatest I ever saw, forget what the doc said but Leslie said Bob Marley was the best she had ever seen.
I love Bob but never saw him live, both Leslie and my ex did and I guess he was unbelievable live. Anyway, Al says, "You know he was jewish, right?" And I am like, "Sure." Like no way. Not that it matters. He told me to look it up. Holy Chalvah! I found this at the website Tablet:

...we learned that Marley’s father, Norval, from whom Marley was estranged, was the son of Ellen Broomfield, a white Jewish Syrian Jamaican (beat that!), it made some sense. Norval Marley was born in Jamaica in 1885 (although the record is disputed) and, by the time he paired up with Marley’s mother Cedella, he was said to have been 60 years old. Norval Marley’s relationship with Cedella didn’t last long and he died of a heart attack when Marley was 12.

Interesting. I kept looking. Some people are debunking the notion but offering no proof either way. I did find this: 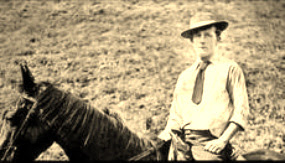 It also had this old picture of his father, Norval. Looks like a typical brit, not too ethnic but they all aren't.
So a couple things. The first one is who gives a fuck, does it really matter? No it doesn't.
True that, this is just a neat exercise for me of who is and isn't.
And secondly, the orthodox uber jews would tell you that if the heeb genetics aren't from the maternal side, you lose your religious tribe on a technicality.
I say bullshit, any amount of yid coursing through your nervous system is good enough for me and you honestly deserve my consolation but I'm not really in charge of anything and nobody ever asked me.
Still, as far as I know, Bob was the first Jamaican to really hop on the Zion/Exodus train, well after Desmond Dekker anyway and I wonder if there may have been a genetic or familial imperative?
Of course, a simple dna test would solve all these questions. Ziggy, give me a call.
*
By the way, Jews have a long history in Jamaica, going back to the 16th century. From the Jewish Museum, London:

It is thought that the earliest Jewish presence in Jamaica was from 1530 when Jews travelled there to escape the Spanish Inquisition. Once Britain took power of the island from Spain in 1655, Jewish immigration was welcomed, and by 1720, 18% of the Jamaican population was Jewish. They flourished in Jamaica, becoming gold traders, sugar and vanilla merchants, and sometimes even pirates; Moses Cohen Henriques was a Dutch pirate of Portuguese Sephardic Jewish descent who operated in the Caribbean and eventually became advisor to the famous Captain Henry Morgan. They could hold office before the right was granted for Jews in England. Many joined the Jamaican Assembly, and in 1849 it even met for Yom Kippur. In 1866, 13 out of the 47 delegates were Jewish. Early Jewish life in Jamaica was therefore integrated and diverse.

More here, Jewish Pirates of the Caribbean; Ships called the ‘Queen Esther,’ the ‘Prophet Samuel’ and the ‘Shield of Abraham’ roamed the high seas.

Jamaica was only one among the many remote and distant locales in the New World where Jews and apostates sought a haven far from the rapacious inquisitors of Spain and Portugal. ACCORDING TO Edward Kritzler’s Jewish Pirates of the Caribbean, as early as 1501 the Spanish Crown published an edict that “Moors, Jews, heretics, reconciliados (repentants – those who returned to the church), and New Christians are not allowed to go to the Indies.”
Yet in 1508, the bishop of Cuba reported, “practically every ship [arriving in Havana] is filled with Hebrews and New Christians.” Such decrees banning them, followed by letters home complaining of their continued arrival, were a regular occurrence.“Conversos with the aptitude and capital to develop colonial trade, comfortable in a Hispanic society, yet seeking to put distance between themselves and the homeland of the Inquisition, made their way to the New World. No licenses were required for the crew of a ship, and as many were owned by conversos, they signed on as sailors and jumped ship. Servants also didn’t need a license or exit visa, so that a Jew who obtained one by whatever means could take others along as household staff,” Kritzler writes.
BUT SOME Jamaican Jews turned to a more adventurous – and dangerous – life at sea. Captaining ships bearing names like the Queen Esther, the Prophet Samuel, and the Shield of Abraham, Jewish sailors began roaming the Caribbean in search of riches, sometimes obtained under questionable circumstances.
These Jews most frequently attacked Spanish and Portuguese ships – payback for the property confiscations and torture of their brethren perpetrated by the Tribunal of the Holy Office of the Inquisition.
THE MOST famous of the Caribbean’s Jewish pirates, or privateers, was Moses Cohen Henriques. His name is of Portuguese origin. Like many of his contemporary buccaneers, Henriques’s life is shrouded in mystery. Together with Dutch folk hero Admiral Piet Pieterszoon Hein, Henriques captured a Spanish treasure fleet off Cuba’s Bay of Matanzas in 1628. The booty of gold and silver bullion amounted to a staggering 11,509,524 guilders, worth around US$1 billion in today’s currency. It was the Dutch West Indies Company’s greatest heist in the Caribbean.

Just for a lark, I plugged the names of Marley's mother and her father Richard into one of my handy genetic tools, Geni. It turns out that it is not spelled Broomfield, it is actually Bloomfield.
Guess what, it says that we are connected somehow. Splendid! Will let you know what I find out...
*
postscript - started fishing around. Turns out I have a bunch of Henriques connections too. Arghh, avast yee mensches. Get to vork or I vill kick you in the pupik.
Posted by Blue Heron at 3:11 PM

Lots of gems here. As you dig in, maybe follow the money trail of that billion dollar heist. Covert networks would have been created for keeping control of 11,000,000 guilders worth of gold and gems even if they didn’t exist before. Did Enriques become a patron of synagogues?

I already know about horse thieves, wheat smugglers, killers, drug dealers, despots and other assorted wastrels in my family. Reggae stars and physicists are nice, a pirate would be the grandest prize of all.

How exciting! I love it that these pirates got their own back on the Spanish. I am reminded of an old joke: Roses are reddish, violets are bluish, if it wasn't for Jesus, we'd all be jewish. ~ Diane O