Now that Russia has begun their invasion of Ukraine, cries from war hawks on both sides of the aisle continue to grow louder to spill American blood and treasure in this conflict. We must resist these calls and put America first. The United States has no legal or moral obligation to come to the aid of either side in this foreign conflict. In talking to folks across Montana, they are much more concerned with stopping the invasion taking place in our country by millions of illegal aliens than they are the invasion of an Eastern European country halfway across the world. It is our obligation to secure our nation and put the American people first, not send our sons and daughters to die overseas in a conflict that does not serve our national interests. U.S. Rep Matt Rosendale (R - Montana)

Georgia and Ukraine had historically been part of Russia for a long, long time. Senator Rand Paul (R -Kentucky) 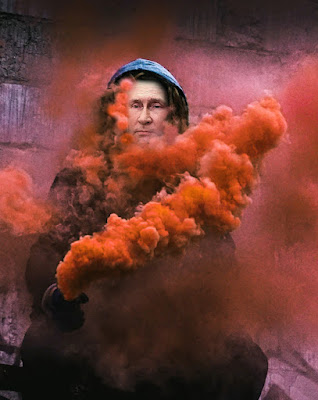 I was thinking about the phrase never again the other day. It has become a somewhat trite statement about the world avoiding another holocaust. People like to repeat the words mnemonically but do they really mean it? Quite doubtful.
It is so easy to look the other way and pretend not to see if it is not your own head on the chopping block.

And it begs the question, what is our duty as human beings when we see people and countries brutalized in naked acts of aggression and conquest? The age old question from the bible, Am I my brother's keeper?, the one that never gets a clear answer because perhaps there isn't one.

I have written about this topic before so you will have to pardon me for harping but it is on my mind this week. The fabric of our global society has been shaken by the events in the Ukraine to its roots.

When was the last time that a world power embarked on a similar plan of conquest on a sovereign state or municipality? Crimea, I guess, in 2014 but little was done to thwart the takeover and its capture was rather quickly forgotten. 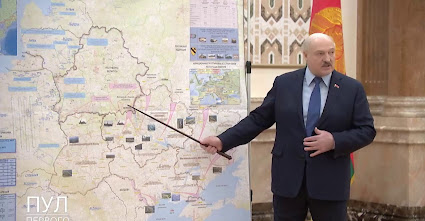 My mother's family homeland, Moldova is, according to the maps, next in line for takeover.
What will the next Putin pursuit be, Estonia, Latvia, Lithuania, Finland, Georgia or Poland? Where does it end? When will it be too late?

Was the Ukraine foolish to give up their nuclear weapons pursuit? After all, after independence, Ukraine gave up the nuclear weapons that the USSR had placed on its soil for promises. In return, Russia, UK and US guaranteed its security. Russia has now threatened Ukraine with a nuclear attack. What is the proper response now from those guarantors, from the UK, and the US, let alone France and the other NATO and EU partners?

I remember when the left were the peaceniks, the antiwar party at all costs. Now significant parts of the parties have flipped positions. Certain Republican congressmen like Kentucky's Thomas Massie stand hip deep with the Russians, who pour millions into their state.

Will the world be content to sit by and watch the Ukrainian people get decimated and exterminated? Will we sit by and watch as they install crematoria? Was potential Ukrainian membership in the EU or Nato ever a real or actual threat to the Russians or was it merely a convenient predicate for their naked aggression?

These are tough questions. Ukraine is a long way from our borders. Promises of protection from our own leaders are made all the time, are they supposed to be believed? I don't have any answers but I do have a prediction. Much like 1945, we will not step in until it is too late and our own interests and real estate directly attacked. The isolationist Chamberlains and Lindberghs of the 1940's are pretty much the Gosars and Greenes of today.

And just perhaps one day, they will be coming for us and we will be wondering where our own friends are...

Donald Trump said something to the effect that you could not blame Putin for attacking his neighbors because he sensed weakness. Like blaming the scorpion for stinging the frog he asked to give him a ride across the lake. It is in his nature, give the guy a break.

And I thought about a t-shirt I saw on an evangelical woman recently, I am raising lions, not sheep. What is that about? Is the same philosophy eking into our political worldview, power to the conquerors?

What a shame when people are suddenly backing the predators and wolves. Not very christian, is it? Who will be there for the weak? And when does it become our problem? Do we have any responsibilities to the victims as human beings? I don't know, just asking...

Great questions, all. I don't have any answers to them either, but I do know I very early on had the urge to kick Putin's teeth in.~ Diane O

I actually meant 1941, we tip toed around until Pearl harbor.