I sometimes conflate the Electric Prunes with the Vanilla Fudge. They both had silly names but were both capable of beautiful and unique musicianship.
Barry told me that he was going to Vegas next month to take his gal to see her fave, Kenny Loggins. "Oh god," I said. "Poor guy.The things that we do for love." I equate Loggins with later era Steve Winwood, when they both might have been in their respective mullet phases. Too cute, music a little sweet for my taste buds, let's leave it at that. You can throw Phil Collins into the mix too. Would be very hard for me to sit through any of their shows in their eighties rockstar heyday without a lot of mind numbing drugs.
Anyway Barry says there will be a whole lot of Pooh Corner coming down the pike in his immediate future and god bless him, hope he can survive all that. Loggins and Messina had good bands and put out some decent if not great stuff in their time but the music morphed into something weird in the eighties and oh well. Better than England Dan and John Ford Coley and could probably best Seals and Crofts in any tag team Texas Death Match.
Barry used to be the music writer for the New Times in Phoenix. (Did I get that right?) He told me that he once interviewed Loggins and Messina and lost them right off the top when he asked Kenny about his work in the Electric Prunes. "We are here to talk about nothing but Loggins and Messina, you got that Friedman?"
I mention this because I had no prior idea that Loggins was in the fabled Los Angeles band and the truth is, after checking, he was only in one of the many post heyday lineups in 1968. Just a brief cup of coffee with the major league club, as they say in baseball. You can read all about the Prunes here, they started out as the electric plums but things got a little dried out somewhere down the line. 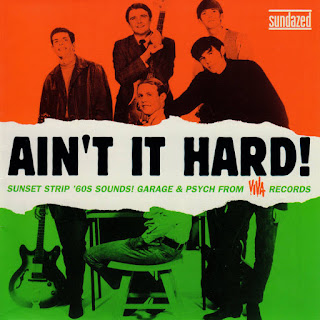 Loggins did have an earlier band, the Second Helping, but if you ever got a bite, you would have never tasted it in the first place. That was new to me too. But there's lots of stuff I don't know.
Strength, my friend...
Posted by Blue Heron at 4:44 PM

I’ve met a few famous musicians though my work, including Kenny Loggins when he did a benefit concert for Earthtrust in Honolulu in 1995. He was totally nice and undemanding, and gave his all in the concert instead of mailing it in. While I agree with your musical appraisal, he seemed happy to be a successful working musician. Had a genuine interest in marine conservation. From the promo for that benefit:
https://earthtrust.org/archive/kenny.html

member of Earthtrust's International Advisory Board.

Kenny has participated in a variety of Earthtrust ventures, including

In 1992, Kenny Loggins teamed up with Earthtrust researchers to conduct a unique experiment at Earthtrust's dolphin intelligence research lab in Hawaii. This is how Kenny described his experience:

This was the first time I'd ever had a chance to share my music so directly with another species. No one had ever played live music for these dolphins. When they had played recorded music, the dolphins didn't respond at all.

But I played a piece from the This Island Earth album for them, and when I hit a moment in playing the music-when it really started working for me and I was really in the groove-all of a sudden there was a crowd of dolphins in the window, just completely hovering right there with their eyes locked on me.

And what was interesting for me was that if I got where I started to hestitate or hunt for chords, they'd split. And as soon as the groove came back they'd be right back there.

Amazing how close our taste in music is. I am not sure if we got it from listening to the asshole’s records, but if we did it was one of the few positive things we got from him other than John and David