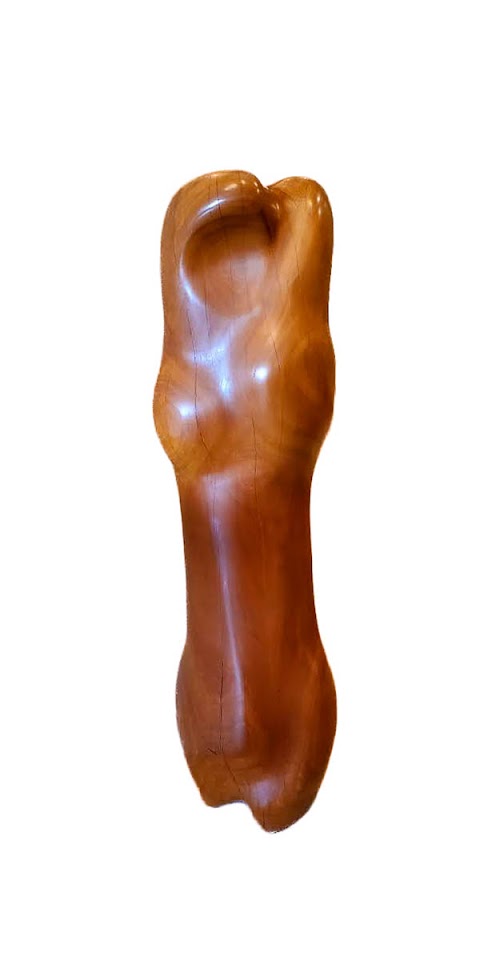 Leslie and I drove to Los Angeles yesterday and picked up these two beautiful modernist wood sculptures.

They are early works by a Hungarian American artist named Istvan Toth (1942-2004).

Not much is known about him except that he lived in the Hollywood Hills and worked from the sixties through the nineties.

I believe that he was at one time married to a woman named Brigitte, who I believe is still alive and may be living in Santa Ana.

He may also have a child named Istvan, Istvan Toth apparently being the Hungarian equivalent of John Smith.

Toth worked in stone, bronze and very rarely and early on, in wood. 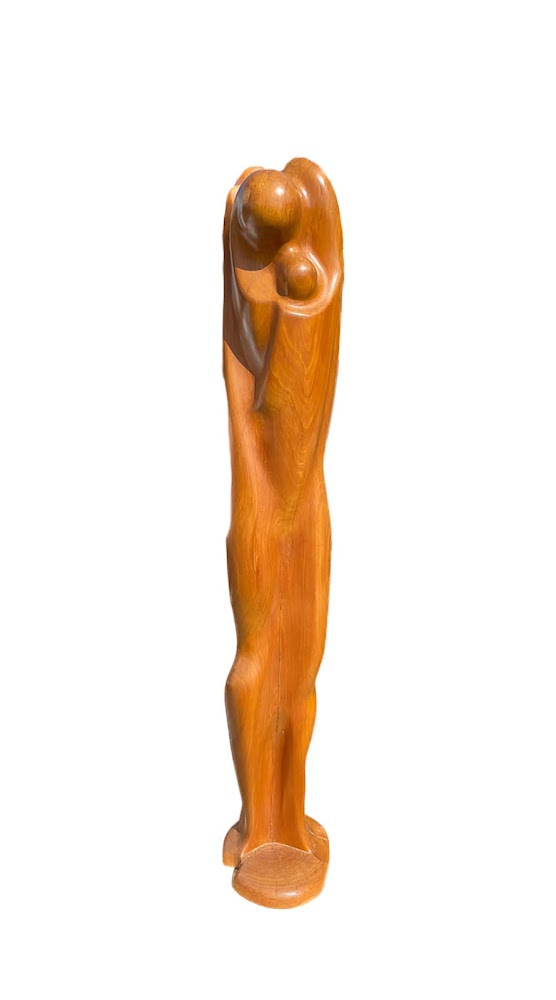 The untitled piece shown above is about 40" tall, the work to the right, Mother and child, about 80" and quite massive.
It is signed and dated 1971.
I am not sure about the wood but it may be olive.
Very rich and beautiful quality to the work.
Wonderful composition and execution.
If you may know some one who might be interested in either or both of these lovely pieces, please let me know.

I am also interested in getting more information about the artist, if you know more about him. 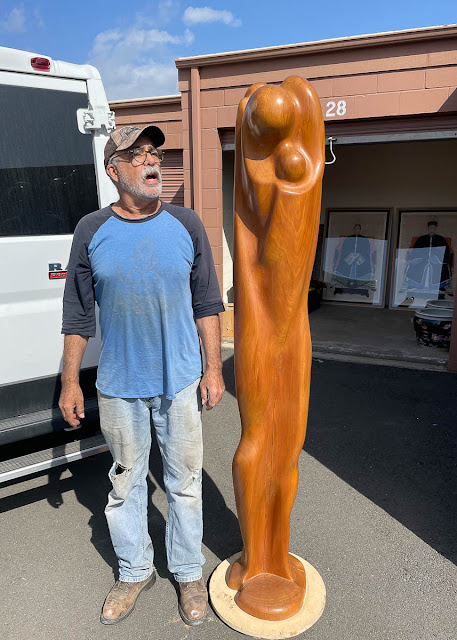 These pieces are extremely heavy and beautifully executed.

My friend Tom helped me pull it out of my van and you can see the large scale of the work as he is about six foot tall.