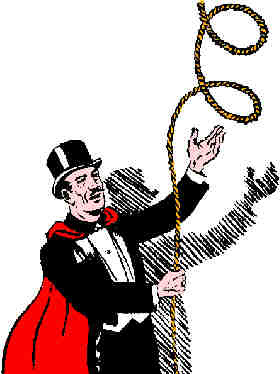 President Trump thought that he had it in the bag after he shopped his classified documents lawsuit to a friendly judge he had appointed for life in South Florida, Aileen Cannon.
Her rulings in the case have been castigated by judges both on the left and the right as ridiculous and nonsensical. It is obvious that she has a finger on the scales and is in the tank for the former president.
But her behavior is worrying those that are entrusted with shielding American secrets.

It looks like 45's good luck might be finally coming to an end in this case. Neither the Special Master nor the 11th circuit is buying his baloney. If you are saying the documents are declassified say it, but you can't have your cake and eat it too.

This is the government definition of a declassified document.

Declassified documents originally contained classified information that was either removed or redacted, or the information was determined to no longer require protection under E.O. 13526, rendering the document unclassified. Executive Order 13526 establishes the mechanisms for most declassifications, within the laws passed by Congress. The originating agency assigns a declassification date, by default 10 years. After 25 years, declassification review is automatic with nine narrow exceptions that allow information to remain as classified. At 50 years, there are two exceptions, and classifications beyond 75 years require special permission. Because of changes in policy and circumstances, agencies are expected to actively review documents that have been classified for fewer than 25 years. They must also respond to Mandatory Declassification Review and Freedom of Information Act requests. The National Archives and Records Administration houses the National Declassification Center to coordinate reviews and Information Security Oversight Office to promulgate rules and enforce quality measures across all agencies. NARA reviews documents on behalf of defunct agencies and permanently stores declassified documents for public inspection. The Interagency Security Classification Appeals Panel has representatives from several agencies.

Declassification is a complex ritual, records have to be kept and there has to be a chain of custody. But not according to Trump apparently. One needs to merely think about them and poof, like magic they are declassified, end of story.

In an interview Wednesday with Fox News that was recorded before the appeals court issued its ruling, Trump claimed he had declassified the documents, and he suggested there would not have to be any written record of such an action.

“I declassified the documents when they left the White House,” Trump said. “There doesn’t have to be a process as I understand it. You’re the president of the United States, you can declassify … even by thinking about it.

The presto magic defense, I really don't think he is going to get very far with this mode of thinking. What brilliant lawyer came up with this one, John Eastman or Jeffrey Clark?

He can try to put everything back in front of the friendly judge but at this point she may need to start showing some objectivity to save her reputation, she will be forever known as the jurist who laid down for her master and concocted a ridiculous defense for him out of whole cloth.

But perhaps she doesn't even care. Will be interesting to see.