Could have been a contender... 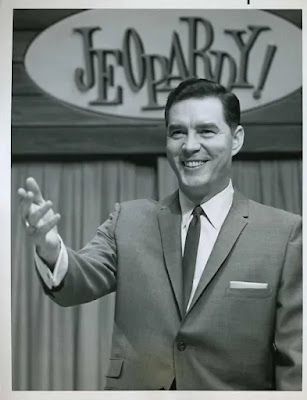 Most of you that know me, know that for all my many deficiencies, I have a really great memory and a good storehouse of trivial facts.

I guess my brain is wired somewhat differently than it is for most people. I even have vivid memories from my eighth month of life, which I believe is somewhat unusual.

The statute of limitations has passed and the decades have melted away so I guess I can spill a personal story that might make you laugh, who knows?

I believe that the year was 1984. Art Fleming had left Jeopardy in 1979 as did announcer Don Pardo, and after a brief John Harlan tenure, it was the new guy Alex Trebec and Johnny Gilbert.

Never liked Alex as much as Art but maybe it was because I was sore after my personal experience and ultimate failure or perhaps it was his politics or general attitude. Who knows?

I was involved in home building at the time and living in Rainbow. I moved there in 1980 with my then wife D. People who knew about my penchant for trivia were always telling me that I should try out for the game show Jeopardy.

If my memory serves, and I believe that it does, I took a written test in a large building up in Hollywood. There were over two hundred applicants. The test had approximately 183 questions, very hard actually.

We went home and awaited the results.  They got in touch with me, I had nailed a phenomenal score. I only missed three questions and they all had to do with opera, never my strong suit. Only two other people scored as high or nearly as high. We three were the only people that passed the test and were sent to the next level of testing.

We were called back to Hollywood a few weeks later for an oral interview. And I made a fatal mistake, you see I smoked a joint in the car to kill time for the boring early morning two hour drive. I was feeling very mellow. Too mellow.

When I got to the interview I was introduced to a black guy with a huge diamond on his pinkie and a John Shaft type beret over his immaculate fro, fluorescent polyester pants and shirt. City boy. I'm sitting there like a hayseed in my overalls. Hippie Jed Clampett.

He asked me to talk about myself and I took the absolutely worst tack possible. I tried to describe what it was like raising chickens on my avocado farm in Fallbrook. This went over with my intensely urban host like a fart in church. He was having none of the hippie hayseed going on about his backyard fowl. Bad move on my part, I could see his shutters come down fast. Failure to resonate.

I watched the next potential contestant do her thing, Miss bubbly and effervescent. She was giddy and enthusiastic, everything I wasn't, jumping and up and down and smiling like a Cheshire cat and the dude just ate it up. I guess you could say she did everything I should have done and you would probably be right but I was young and naive and thought that knowing all the answers was good enough.

Long story short, she got the gig, I was quickly shown the door and the rest was history.  Failed the oral interview. I had my shot and I blew it, my chance at the big time went up in sativa smoke. Not enough to know it all, you have to be able to read the room. Branding and marketability was key and obviously the urban gent just could not relate to whatever the hell I was projecting at that point of my life.

To begin with, F them. And, I believe there was a typo in your blog (the two and words instead of jumping up and down?): "She was giddy and enthusiastic, everything I wasn't, jumping and and down and smiling like a Cheshire cat and the dude just ate it up."
Still, F the dude who ate it up. They probably didn't select you because she would have lost $.
Their loss anyway. They got a giddy chick. Who wants to be one of those? I'm being straight. I may wonder elsewhere but in all honesty, I'm true. :)

This reminds me of a friend saying to me that his girlfriend would certainly get a record contract because she was a great musician. I hated to tell him how much more it takes ~ like the killer instinct, the ability to deflect sexual harassment etc. So great talent is only the beginning in my experience ~ Diane O