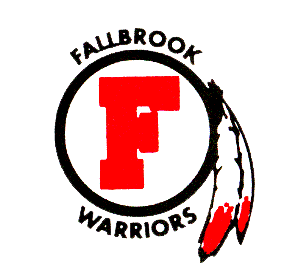 Fallbrook High School has not had a winning football team since 2014. Once a perennial power in the league, they have toiled in mediocrity for decades.

Don't look now but this year's team looks to be pretty good and are now four and one under their first year head coach Ross Johnson.

They beat Ramona for the first time since 2003 last night, their fourth consecutive victory. From the stats it looks like they have a great junior halfback in Chris Bausch.

Anybody want to go to a game?

I will when I get back in town.