Dogs of the robots


Actress Ellen Burstyn has always been a favorite of mine. She used to come to my school in New York City, Walden, and talk on occasion when I was a student. She gave an interview the other day that was thought provoking at Huffpo.

When I think about my childhood, we didn’t lock the doors when I was in Detroit. So in the years that I’ve spent on the planet, there’s been a huge change. Social media has made it possible for the alt-right to speak to other alt-right people on the other side of the country that they didn’t know were there. They’re more organized, there are more of them. There are a lot of things that, as we developed technology, have advanced us in many ways, but at the same time the reverse goes along with it. So how we handle it and get out of it and grow with it, I don’t know. It’s very scary and we’re in the midst of it.
When there was the Industrial Revolution, that was such a huge change in the culture. We’re in that kind of revolution — social revolution — and we don’t know how it’s going to come out.
Do you know — oh, what’s that word? The moment where technology advances to the point where it takes over. I lose this word a lot. The singularity! And when we get there — we’ve never been there in the history of the planet — we have no idea what’s going to happen. Somebody has suggested that possibly we will become pets to the technology, however it’s manifesting. We’ll be the dogs of the robots. We have no idea what we’re in for.

Dogs of the robots...Hmmm.  She could be on to something. I used to think that the robots would be one day fighting proxy wars for us, could it be that I have it turned completely around, that we will be instead fighting their battles for them? Calling Tron. Now I do not know for certain that we will exist one day at the whims of the artificial intelligence but knowing the stupidity of humans, I wouldn't exactly bet the other way. So easily manipulated, we hominids. Child's play really.


I have a friend who shall remain nameless but he has been a senior guy at several leading corporations that everybody has heard of. He recently polished up a very good resume and sent it out but was not getting any feedback whatsoever. And found out that the machines have to read the resumes first these days. And if you do not have them keyed in to be grokked by ATS or applicant tracking systems than there is no way a human will ever even look at the damn thing. First you have to make nice with the robots. 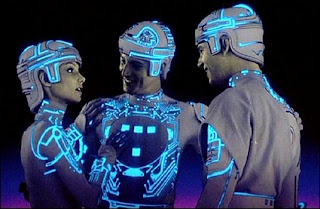 I have been cogniting on these matters for a few days but don't have a lot to spill at the moment. But it all segues nicely with the Philip Dick reader that my brother Jack loaned me.

Dick saw it coming a mile away!  And we can remember it for you wholesale.