We are used to our governments losing things. Up to fifty nuclear warheads vanished somehow in the cold war, poof, I thought that you were watching them? Oh, well...

A billion dollars worth of arms missing and unaccounted for in Iraq by the U.S. Army, shrug...

This is just the tip of the iceberg of course. A study concluded that approx. $8.5 trillion dollars was unaccounted for at the Pentagon, and that study is a few years dated. I am sure that it is quite a bit larger now. 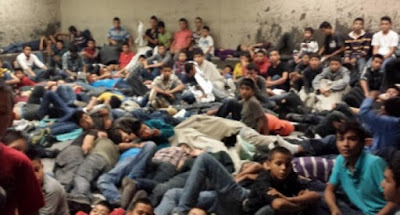 That is the number of children that the United States has separated from their immigrant parents that we have now lost track of, 19% of the total number of kids under the care of the Office of Refugee Resettlement. Many of these children are infants, under the age of two. Government says they gave them away and it is no longer their responsibility to see what happened to them. They may be dead, molested, sick, underfed, who knows? Our government doesn't. Or seem to care. One less potential future felon I guess, in their eyes.


“I understand that it has been HHS’s long-standing interpretation of the law that ORR is not legally responsible for children after they are released from ORR care." Assistant Secretary for the Administration for Children and Families Steven Wagner

What have we become?