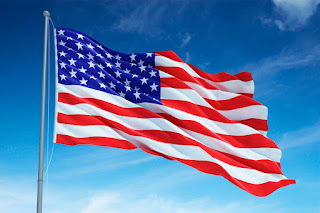 It seems to me that our country is in real deep shit. And it isn't necessarily the fault of the President, he is merely the symptom, not the cause. It is each other, we really can't stand each other, we red and blue factions are two trains going in entirely different directions.

And we haven't worked with each other since the early 1990's. Do you remember the Concord Coalition? It was a bipartisan group that tried to solve problems together, across the aisle. Warren Rudman, Paul Tsongas, Bob Kerrey. Those days are long gone. Now it is slam your agenda and judges through when you get a chance and ignore the party unfortunate enough to not be in power.

Ross Douhat said something the other day that got me thinking.


Mueller may still have revelations that could swing the story back to where it began; the Trump supporters who confidently call collusion a “conspiracy theory” seem as overconfident as Russia obsessives cheering every “boom” on Twitter. But it’s very clear that Trump is better off politically with the investigative focus on his attempts to hide his sex life rather than on the Russia business. And while there would be justice in his going down for porn-star shenanigans, and partial redemption for religious conservatives if they finally abandoned him over the issue, the partisan reflex on the right is too strong to expect anything save a replay of the Clinton-Lewinsky scandal with the parties’ roles reversed.

Ross is right, unfortunately. We are ruled by partisan reflex. There are no principles that can not be forgotten, no policies or ethical rules of conduct that can't be breached, it is purely tribal warfare now, like we are some third world satellite, with those in power solely concerned with holding that power through the next cycle. Neither Mitch McConnell or Paul Ryan has shown any inclination at reaching across the aisle, on anything. And it has been this way, on both sides, since Bill Clinton's reign, when you would have tandems like Hatch and Ted Kennedy getting together on occasion and pushing bills through. The way it is supposed to work.

*
Trump has done one thing, he has exposed and empowered our most racist tendencies. When Bannon unleashed the "good nazis" of the alt -right, there was no putting the stopper back in the bottle. Read any story of racial inequity or persecution and you will see comments sections openly denigrating minorities in a way that would be unthinkable a mere few years ago. Very sad.

I think that the cronyism of this administration may have been unmatched since Harding.

Trump's one time golf caddy at Briar Hall Country Club Dan Scavino became his White House Director of Social Media. His personal pilot, John Dunkin, was going to head the FAA. His personal physician, Ronny Jackson, was certainly qualified to run the Veteran's Administration. The recently departed Communications Director Hope Hicks did P.R. for Ivanka's fashion line.  A company with two full time employees, Whitefish Energy, is charged with rebuilding the energy grid in Puerto Rico and they happen to come from the same small Montana town as the Interior Secretary, Ryan Zinke. Mnuchin, Price, Zinke, Pruitt, the list of cabinet picks who treat their positions like an all expenses paid vacation on the government teat is long.

I could go on and on but will mercifully spare you. It may be more reminiscent of a Russian oligarchy but it doesn't matter a bit to the base. At least Mick Mulvaney was honest about the whole thing, you want to play you got to pay. 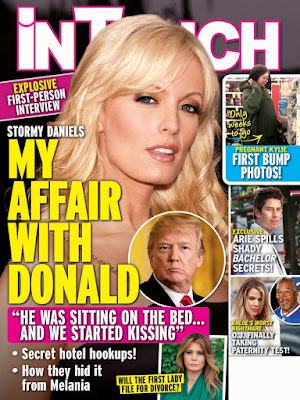 *
While the Iran deal was always pretty awful and suspect, the abrogation may make matters even worse. We find ourselves in a lonely corner with Israel and Europe and the rest of the world broods about the one sided way the divorce was handled. The great dealmaker is great at blowing things up, not so good at putting things back together again.

What sex scandals? That is what you gleaned from my post? I was talking about reflexive tribalism. Kennedy got drunk and made a grave mistake, I don't think it should define a long career. One of my siblings did the same thing.

I was talking about he Hatch Kennedy partnership. They joined together and passed bills for federal funding to fight AIDS (an especially heated topic of the time); the Americans with Disabilities Act to protect disabled people against discrimination and improve accessibility to facilities; regulation of advertising for prescription drugs; and creation of health insurance for the children of working poor.

Irrespective of party, they managed to get something done.

Just as Trump wants to erase Obama from the history books, I think the extreme right wants eradicate the country of minorities, strong women, and eventually the Democrats. My 97 year old father thinks we may very well be on our way. We are seeing the justice system, free press, and other pillars of our democracy undermined - if not dismantled, before our very eyes.