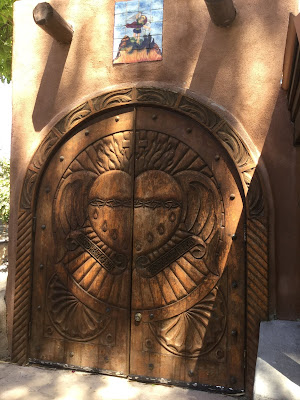 Lois sends over a pic of a door at Chimayo which she shot on her recent trip to New Mexico with husband Bob.

An excellent all around photographer, he excels at sunsets.

Trump's tweet today was so Orwellian in its cynicism and prevarication that I can't even deal with it.

You read it if you can stomach it. Got to hand it to him, he does a remarkable job uttering lies and falsehoods and his base doesn't care a lick. A truly weaponized presidency but live by the sword you have to assume that he will one day die by the sword, while his many enablers slink off for cover. 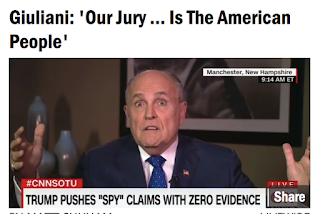 Have you caught the act of his new nominee for assistant secretary of state for the Bureau of Population, Refugees and Migration, Ronald Mortensen? A hate group hard liner who is famous for saying, amongst other similar pearls, that "people illegally in the United States routinely commit multiple felonies and other serious violations of American law when they enter the country, get jobs, and obtain benefits reserved for citizens and legal residents."

I live in a community with a lot of immigrants and I can tell you that Mr. Mortensen is not correct, the great majority of immigrants are honest, hard working people seeking a better life for their family, like our own ancestors did, not people committing multiple felonies.

Of all of our President's daily grievous sins, the racist dog whistling is perhaps the worst of all.

Harwood sends over a cartoon: 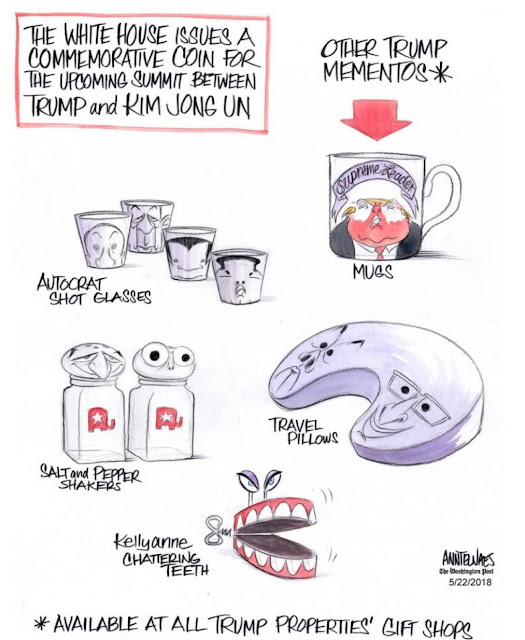 Thanks for the shout out, BH!!!