It's all good man. 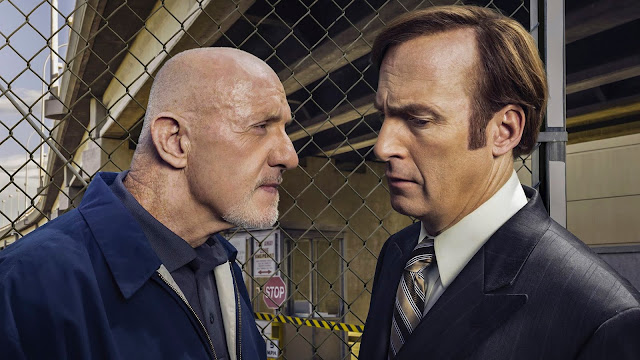 Brilliant show. I read an excellent interview with the writers yesterday from the Hollywood Reporter.

Said that were more like transcribers, the show found its own direction as it went. They had little control.

What started as a romp ends like a tragedy. As if we can see the end...

Michael McKean's twilight performance was incredible. Show's writers won a Peabody, definitely my favorite show, and cast. All brilliant, top to bottom. Now I have to wait two years to see season 4. If you haven't seen the series, my bet is that you can catch the whole thing on the three day weekend if you are so inclined.
Posted by Blue Heron at 2:24 PM