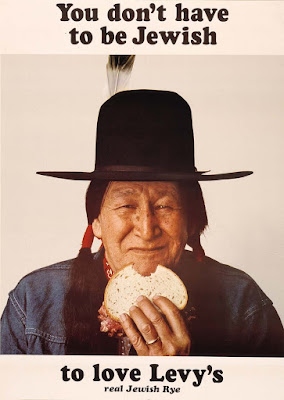 When I heard that there was a stampede in Israel that killed a bunch of people my first thought was that it was at the Dome of the Rock. Similar stuff seems to happen during the haj every year on the trip to mecca.

Then I had a thought. "Wow, what if it is a bunch of crazy orthodox jews? No, way, right?"

45 people killed, 150 wounded after a heated session of stag kosher partying up on Mt. Meron. Unfortunately a bunch of kids were also killed in the chaos.

Honestly, I have the same affinity for these people that I do the Moonies or Mormons. They are as bat shit crazy as any other fundamentalist sect and apart from being Jewish I share little in common with them.

But I have to admit, they managed to get a free ride from a country I used to love, getting the government to subsidize their heavy prayer schedule and acting like your basic free loaders, looking like the Amish period Boy Georges, all the while seriously skewing the political balance to the extreme right.

Not to mention causing serious problems with the Palestinians, who happened to own the olive groves in the country before the meshuginas decided that God commanded that it was really theirs.

Anyway don't get me started, couldn't see reform jews rioting like that, unless maybe they ran out of whitefish salad at Nate and Al's or something drastic like that. In any case, it would be rare.

There's a great word in hebrew that expresses total lunacy - da fook. Crazy, idiotic. And this stampede was an excellent example. One bright spot in all the tragedy:

One act of kindness caught local media attention: Despite the Muslim fast for Ramadan, residents of a Palestinian Arab town in the area set up food and drink for Jewish participants evacuating the pilgrimage site.

Bill told a joke this morning that I thought was funny. Rather than repeat it verbatim from memory I looked it up on the internet and found a close rendition.

Now why do I think that is funny? I was talking to a friend about holocaust survivors the other day and I recalled seeing a number on someone's arm for the first time. It was at a delicatessen in Cardiff in the early seventies, on Santa Fe Avenue. Next to Jerry Hall's parent's children's store. Was the owner's name Katz? I forget...I do remember his first name was David.
Guy was really funny, always happy, always cracking jokes. Amazing man, to escape the ovens and still keep his sense of humor, really. I guess you either move forward under such weight or you perish and he moved forward. He has to be long gone now.
Posted by Blue Heron at 7:05 PM

I knew a woman in the early 60's with a Halocaust tatoo on her arm. She was my boss's
secretary at Farmers Insurance in Los Angeles.
Barbara