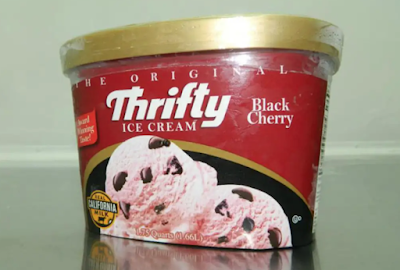 One of my guilty pleasures is Thrifty Black Cherry ice cream. I wrote a blogpost on the subject a few years back. At the time Thrifty was the only rabbinically certified ice cream brand, super clean. Perhaps it still is?

Anyway I was driving home the other day and I had the itch and I stopped for a cone. Nobody has to know.

And I noticed that the girl behind the counter had a beautiful name, Azucena. And I asked her about her melodious name and complimented it and also asked if she had ever met another person with the same name? She said that she had. Two people in fact. 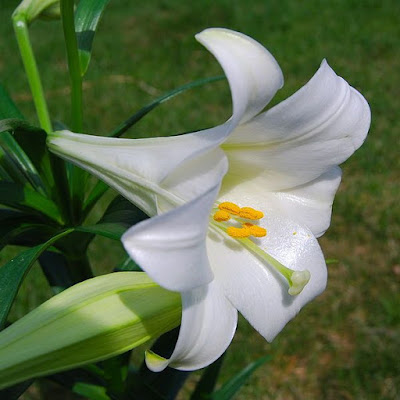 Her mother was named Azucena and so was her mother's mother. She told me that it was the name of a flower.

I looked it up, it is the name of a lily. Actually two flowers share the common name, the fragrant tuberose and the Madonna Lily.

The former grows in Mexico, I have smelled its lovely fragrance filling the air at the old mercado in Oaxaca City.

The latter is from Asia and parts of Southern Europe.

In any case, the girl was very nice and sweet and I asked her where her family was from and she said Guanajuato.

I told her about a ten and a half hour car trip I took from Puerto Escondido to Ciudad de Oaxaca through Huatla and the steep mountains the time my plane broke down in the jungle many years ago. The same verdant road where they filmed Romancing the Stone. No rental cars or buses back then, I had to hire a reluctant cabdriver. 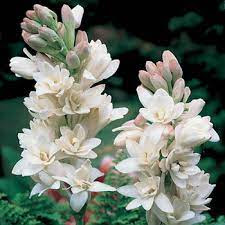 She told me that in order to visit her grandparents when she was a child it took a three day journey through the mountains, a real ordeal. Fording rivers and dodging poisonous snakes.
Now with the highway robbers and cartels the trip is near impossible, far too dangerous.

You look at a person, a poor immigrant like this girl and you have no idea what they have endured and gone through in their life, do you? Yet she remains as sweet as a flower.

A prudent person should knock on wood and thank their lucky stars for the relative ease of our life here in America.

Be kind. One day it could be you on the other end of the stick.

I often see parallels to my life in your blog. I too went from the zocalo in Oaxaca to Puerto angel before being robbed I Puerto Escondido.
Very frightening all night long bus trip.
Deli guy

To this day, the Hotel Santa Fe in Puerto Escondido is one of my all time favorite places I've ever been to. The first time I went there I flew from Oaxaca City in a DC 9 airplane with a crate of chickens on the seat in front of me.
Jerry

I stayed there after it first opened, flew down in a DC 3 sitting on a crate holding a leather strap.

Correction it was a DC 3 with the small wheel on the tail. I stayed at Hotel Santa Fe based on your recommendation. March 1983. JH

I'm glad they finally got the plane fixed.