I think about how lucky I am to have had so many great experiences in the art world. I have sold works by masters including John Singer Sargent, Sir Joshua Reynolds, Maynard Dixon, Wayne Thiebaud and so many more. What a privilege.
I have even had original Pissarro and Van Gogh canvasses in my very own hot little hands.

To think I started out as a kid pulling handbills off telephone poles and cutting images out of magazines to tape on my wall...

I was into underground comics and posters way before I was into the straight stuff. Before a lot of other people were into it. Because I knew how cool it was.

And honest to god, the great material I sold back then is the stuff I really wish I had back right now. 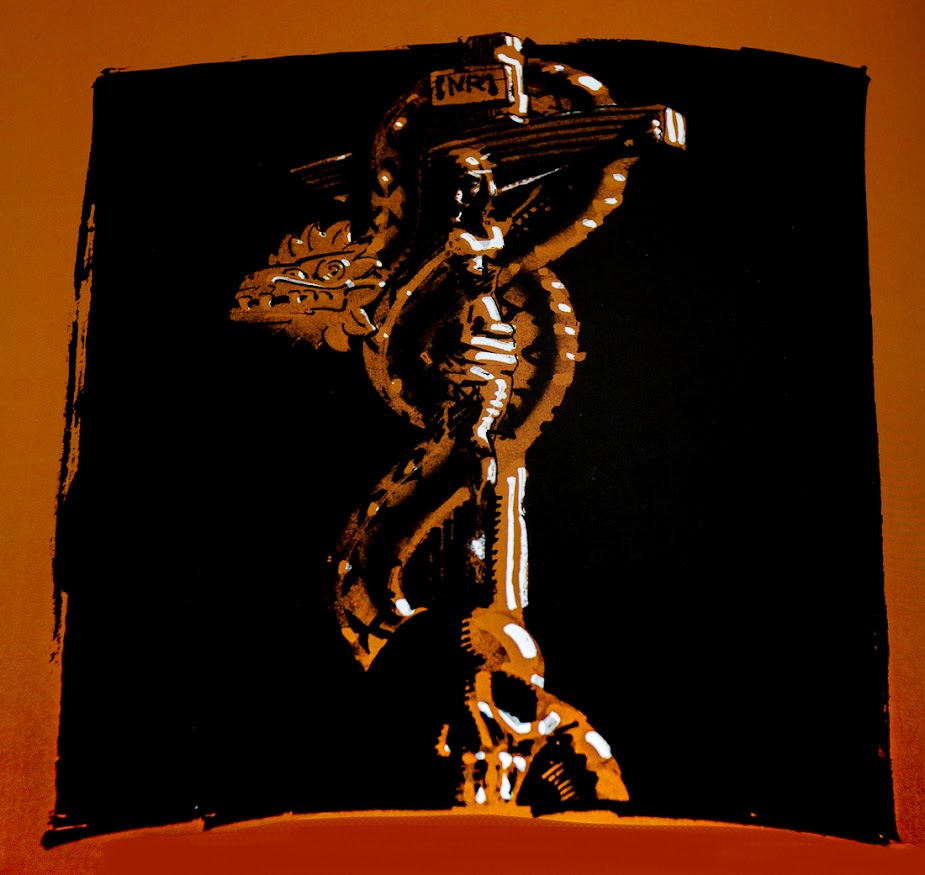 Like this piece of Jesus and the feathered serpent by Rick Griffin. I sold the original art to this. Man, do I wish I could have kept it. But things were tight and I had to give it up. It happens. Life gets in the way.

Of course, after living twenty or thirty years with the album cover art I also felt that the world should see it, that it is selfish to keep the great stuff salted away. So I sold it and paid the mortgages and managed to survive and hopefully now more people can enjoy it than inhabit my little corner of the world. 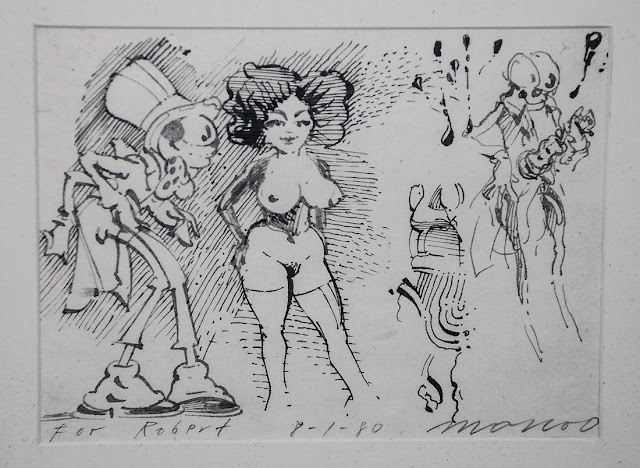 What a break to meet and get to know people like Alton Kelley, Dave Sheridan, Jack Kirby, Spain, S. Clay Wilson.  Greg Irons. All passed now. To hang around people like Stout, Williams, Nino, Lealoha, Pound and Corbin in the early days of the El Cortez, what a thrill it was! And Crumb, Mouse and Victor, these people were my artistic heroes and I still love their work. The titans of underground and psychedelic art. It was incredibly visionary and in my opinion it is still not appreciated at the level it should be.
How did a punk kid like me get an opportunity to put a Zap comics together?  To rub shoulders with the greats? But I did. Living the dream.
And it wasn't just about hanging out with Rick and obtaining the precious artwork, it was even better to stay up for a night or two in the gallery and be there at the moment of creation. As Dave and Jeff will attest.
Did you know that I had art director screen credit on two surf movies? It is true, not that I did much. The first was for Blazing Boards. 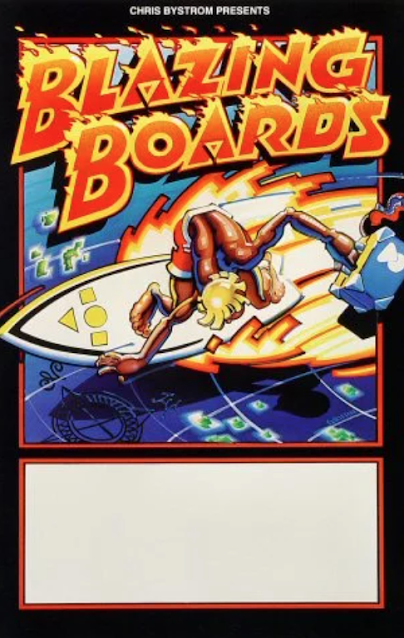 Chris Bystrom was a friend of mine, in fact I found and sold psychedelic records with him at his gig at the Leucadia Flea Market.
Chris was a super smart guy, english lit major, his mom was a professor if I remember correctly.
Chris had a degree in filmmaking from UCSD but mostly he loved to surf. Great guy. He spent a lot of time in Australia. Met an unfortunate end in an accident in Asia.
We would go to the Capitol Records swap meet every month and scrounge for stuff. He introduced me to Bob Hite of Canned Heat and we bought Kaleidoscope posters from him. Lots of other cool people too. People with crazy repositories of music.
Anyhow, I introduced Chris to my friend Rick Griffin and Rick ultimately painted this poster for him, which I was sort of ambivalent about at the time. Later I appreciated it a little more. 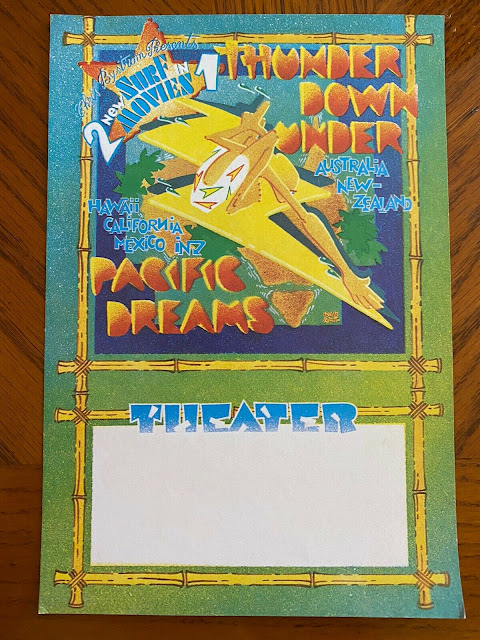 He wanted Rick to do his next poster too but Rick was busy at the time so he recommended a Belgian artist he knew in San Clemente to do Thunder down Under.
Nice guy. I don't remember his name after all this time but I have art credit on that one too.
His name might have been Luke now that I think about it.
It wasn't terrible.
So when you fill out my obit, please don't forget to add art director to my huge cv, okay?