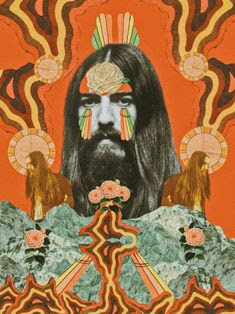 I have been thinking of this subject for a couple weeks but have done no real research and it is going to be a little bit shoot from the hip. Please try to bear with me.

My favorite Beatle as a young man was George Harrison. All the way back to Meet/With the Beatles his artistry resonated with me like no other. Consummate musician but content to operate in the shadows of the two front men mostly. The quiet beatle. The dark horse.

As much as I loved George I must confess some irritation when he went so Hindu after the trip to India with Maharishi Mahesh Yogi.

All the Hari krishna Hari rama stuff from a bloke from Liverpool always struck me as a wholesale case of cultural appropriation that was just laid on a little too thick. Little overboard with the sitar music, the references to the hindu pantheon a little heavy handed for me.

I guess it is always that way with religious conversions, in any creed, the new recruits tend to have to outdo the people who grew up or were born into the faith. I know it was genuine but it could be a buzzkill for me, as spacey and exotic as it was, as if, now enlightened, he was doling out mana from a spiritually superior position. Enlightened people sort of scare me.

I got the same weirded out feeling when dreadlocked white kids who loved reggae were suddenly singing about Haile Selassie and Ethiopia, they were merely doing a wholesale import number and it lacked a degree of sincerity. Swallowing the canon. Hard to tell your parents that you are now Jamaican. And anyone going on about their deities is a bit off putting to me, from any culture, no matter how great and powerful.

But I read something recently that gave me a clue why the Vedic path might have rung so strongly with George. Let's not even deal with the fact that people who take a lot of psychedelics suddenly have channels open that make them susceptible to all sorts of faith based and how does the world really work? stuff. It was the following that got me to thinking.

I never knew that he was a practicing Catholic in his youth before and all of a sudden things made more sense. Paul was too but that is a different story.

When I was a kid I read a book about comparative religions and it said that religions basically fall into one of two categories, imminent and transcendent. In an imminent religion the deity is inside you, in a transcendent belief system, the god or gods is apart from you and to be venerated.

I suppose that one could loosely put Unitarians, Buddhists, Reform Jews and Religious Science types in the first group, Catholics, Baptists and Hindus definitely belong to the latter. So thinking about George, while Hinduism seems a far cry from Catholicism it is really not that big a stretch in a conceptual sense. Both transcendent, near polytheistic creeds. Made sense he gravitated because under the window dressing there is actually a lot of similarity.

Hindus have a multitude of gods, in the Catholic faith there is the trinity and the saints. In fact in some countries, figures like Our lady of Guadalupe get equal billing with Jesus. The guitarist's early religious conditioning did not take much of a bend in order to take to the mystic flavor of the Ganges like a duck to familiar water.

We humans are formed in our very early years. We tend to look for love like it was doled out by our parents, later in our lives, is it too much to think that our relationship with the divine could not be similarly conditioned?

I ran this whole passage of thought in front of a couple of friends who are big Beatles fans, they pretty much thought I was all wet. Vlad said that George stopped going to church while pretty young, I am not sure if that is true or not. I decided to read some stuff George himself said about the subject and things became somewhat clearer.

He felt, and I am paraphrasing, not having the interview in front of me, that in Catholic thought and practice one could venerate god, but in the eastern versions one could actually get closer to the almighty in a physical and spiritual sense. I bet the acid helped.

As an agnostic this sort of stuff is way beyond my pay grade but I am going to keep thinking about what made my favorite Beatle tick until this query, like all things, must pass.

There could be another way to divide people, celebrities and regular humans. Celebrity religion like celebrity dating gets pretty distorted by the vast gravitational pull of celebrity. So, celebrity Kabbalists probably shouldn't be preaching the Kabbala as such but rather as celebrity Kabbalah. That is when one learns a religion from a celebrity some 85 % of the learning is about the ego of the celebrity. You are talking about understanding Harrison though rather than understanding Hinduism, so that is a different thing and probably a lot more interesting than what he learned from the Maharishi (to the stars).

I couldn't help but notice that when the LSD went away, Harrison seemed to transition to things other than Transcendental Meditation.

"I am going to keep thinking about what made my favorite Beatle tick until this this query" ... Careful there or you might just become a Queryman and that would take you back to the end of the beginning. But than again tomorrow nevr knows.

George, like so many other Catholic kids, did not enjoy going to church, but his mother was Irish Catholic, and tried to raise the children as Catholics. It was many years later that George sought a spiritual path, most likely due to being a Beatle and it's trappings. I don't think there is a nexus between his upbringing and finding Hinduism.