I drove down to Daniel's in Bonsall this morning to see my pals and their cars. I hang out every morning with a bunch of old hot rodders and drag racers. Great people. I used to call them the hoodlums but the truth is we are all pretty much the same. Some of these guys have had fast cars for over fifty years. I learn a lot from them. 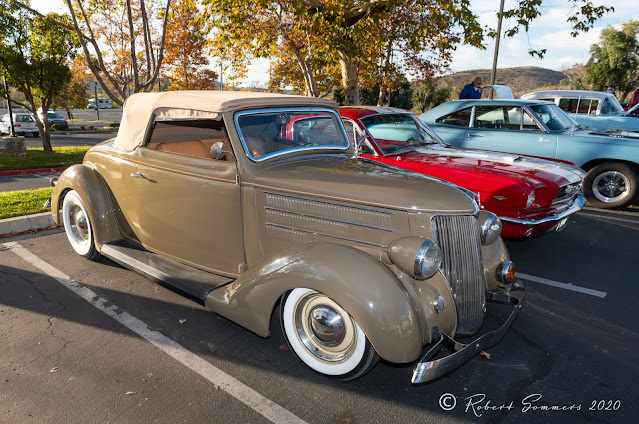 They show up every Saturday morning about seven and shoot the bull. 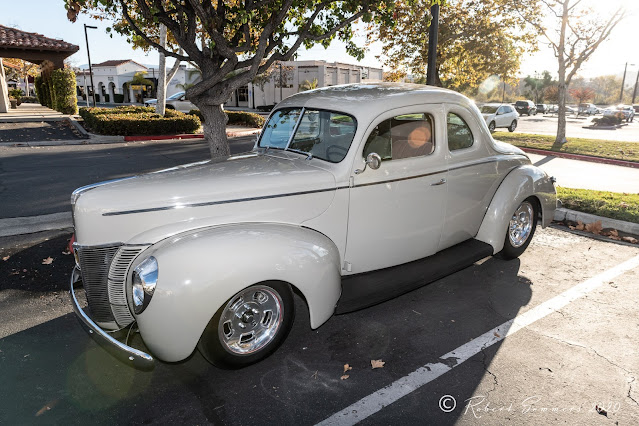 My pop was into cool cars and I guess I appreciate them too but as a guy who will never live off anyplace but a dirt road, will never own one myself. 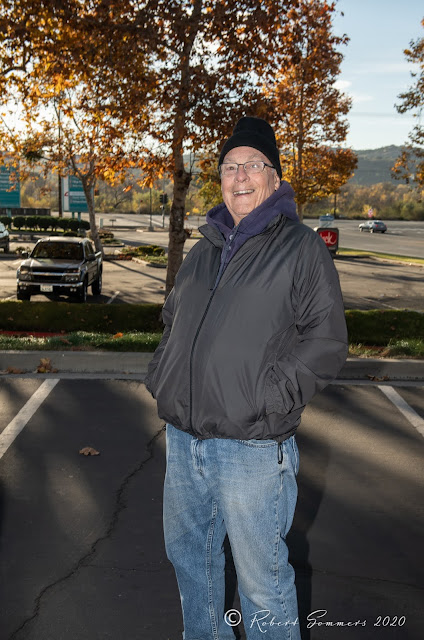 This is my buddy Jay. Jay has been a long time dragster owner and driver as well as an ex i.t. guy who has traveled all over the world.
I got a ding in my door at the gas pump week and Jay pounded it out yesterday for me. Super people. 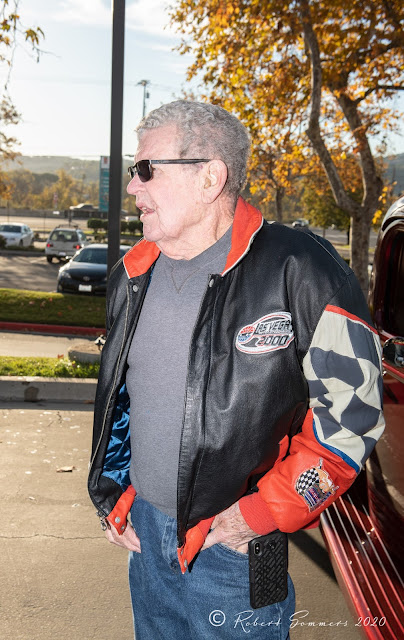 This is Ray, a very funny and industrious guy who knew when it was time to leave West Texas. Consummate deal maker.
My friends Joel and Paul were there too as well as a lot of other fine people. You don't see a lot of masks out here but I promise I was wearing one so don't start.

Show up some Saturday morning and enjoy the metal and the camaraderie!
Posted by Blue Heron at 5:35 PM