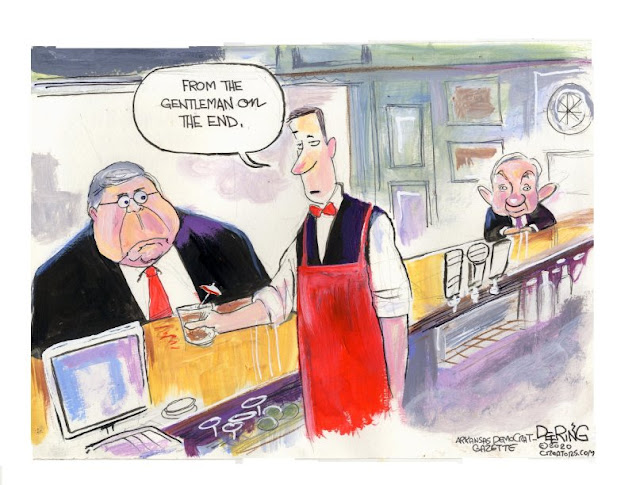 There was a very interesting article over at the New York Times a few days ago, A lawsuit in Georgia claims that nearly 200,000 registered voters were improperly purged.

While many on the right are claiming illegal votes in Georgia, with absolutely no real proof after repeated investigations, could it be possible that the Biden victory would have been even greater if many legitimate voters had not been illegally disenfranchised and purged from the voter rolls?

Voter advocacy groups in Georgia filed a lawsuit on Wednesday asking a federal court to compel the state to restore nearly 200,000 names to its voter registration list ahead of the January runoff races for the state’s two Senate seats that will determine the balance of power in Washington.

In the suit, filed in the northern district of Georgia, three voter advocacy groups said the state had improperly removed 198,000 people from its voter registration lists in 2019 on the grounds that they had changed their addresses.

The Georgia chapter of the American Civil Liberties Union released a report in September based on an investigation by a progressive independent journalist, Greg Palast, who found that most of the approximately 300,000 people removed had not changed their addresses. Since the investigation was completed, several thousand voters have died or moved, but more than 195,000 remained wrongly affected, the suit says.

I will be following this story with intense interest. If the list is fixed it just might make the upcoming senatorial elections in Georgia a bit more competitive.