I bought some quail the other day at Major Market and asked my wife to cook them up for us. She hasn't made quail before but was game to try.
We thought about our favorite quail dishes, crispy on the patio at the old La Fonda Hotel in Baja, with a salt and pepper dipping sauce at Le Cheval in Oakland, quail done right is simply superb.

Leslie looked at a bunch of recipes online and in the end came up with her own, creative cook that she is. She saw a Daniel Boulud version with grapes and took off from there. The spiced organic cherries were the bomb and really helped the flavor set. 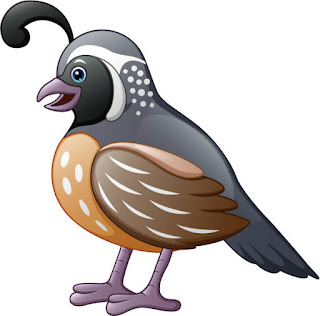 We have fresh pomegranates on the tree and she incorporated them. This was her stuffing:

She seasoned and stuffed the four birds and then used a French technique to secure the legs without twine by wrapping them around and through each other. She seared them on the cooktop with grapeseed oil and then roasted them at 500 degrees for approximately twelve minutes. Mon deux they were good. Plump, juicy and full of flavor! You will have to take my word for it. She said no pictures. Served with truffle raviolis.