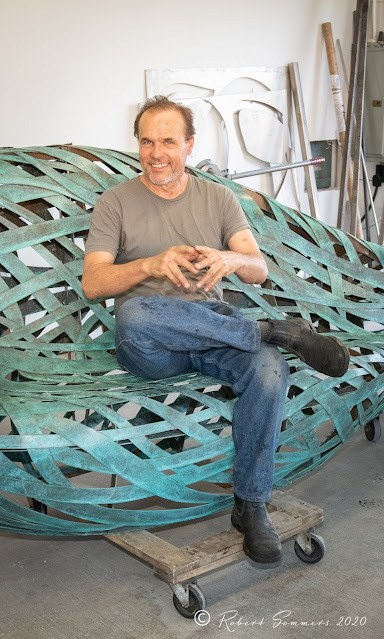 My buddy Michael Stutz has finished a new sculpture for a public installation, this one up in Laguna Beach. 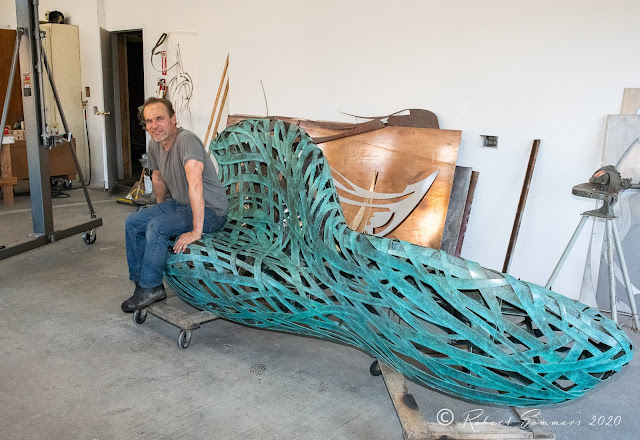 It is a free flowing metal bench. He did a different one a few years ago.

I stopped by this shop yesterday and took some shots. He said it would have been nice if I gave him a chance to wash his face. 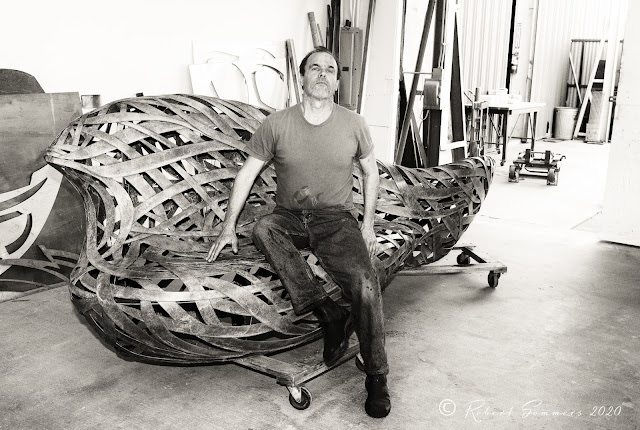 I told him that the dirt gave him more of a New York, hard bitten artist vibe, Noir and all. Truth is, Michael is very successful and has stayed working during a time when many have not. Kudos to him. He's good.

Quite a few years ago Michael did a rather totalitarian bust for the outside of a police station in Richmond, VA.

I always thought it was rather humorous. 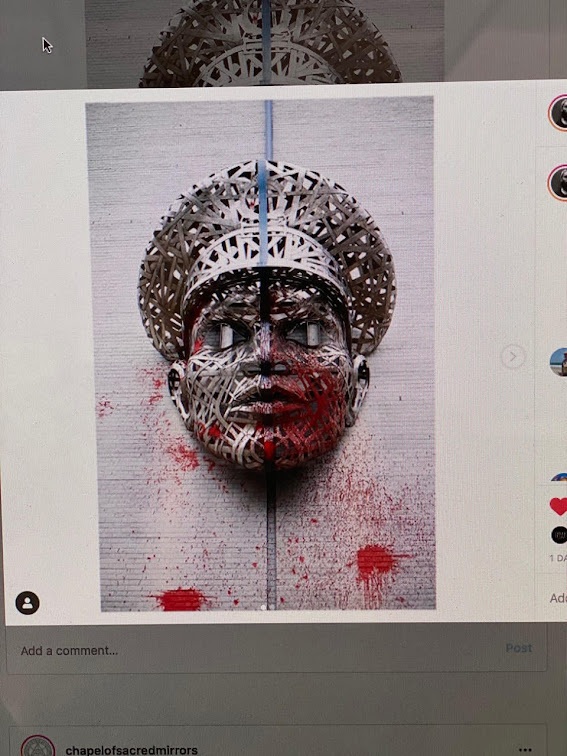 I guess the townsfolk reacted to it rather negatively during the recent social unrest there.
Michael with the makett yesterday.
Posted by Blue Heron at 5:52 PM

Nice work for sure, the cop sculpture is rather Big Brother-ish though. Was that intended?

love our new world just wreck stuff if you don't agree. what a bunch of asses