It has been over twenty years since I have pumped my septic tank and I know that we are due. But Mr. Great Memory forgot the exact spot that the tank was in. All the subsequent planting has sort of obscured the landscape and I guess I lost track. The leach field works exceedingly well and the last time I had the pumpers out they said it really didn't think it needed to be pumped. Now it does. 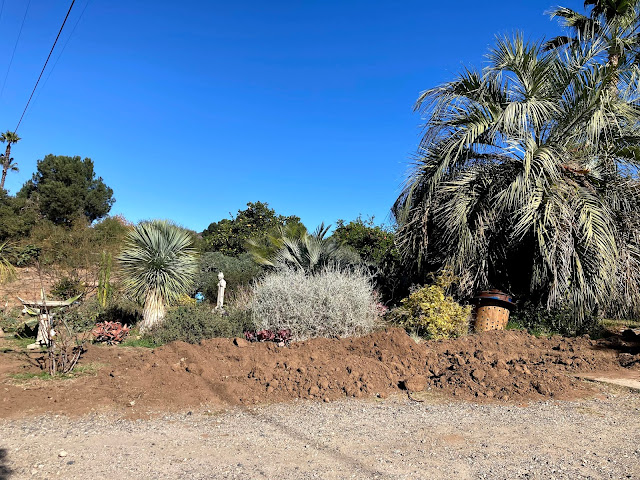 So I have been digging all week as has the man that helps me around the ranch, Todd.
No luck.
So many holes it looks like the episode of Superman where he meets the mole men.
Swiss cheese.
Bruce came out with his metal detector on Thursday and we found some spare change but no tank. Yesterday Tom came out with a snake and brought his metal detector. We traced the lateral from the clean out and finally found it, closer to the house than I remembered. 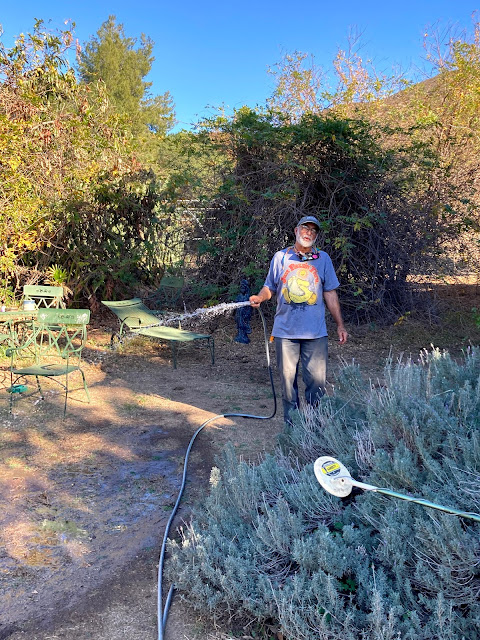 Tom got about two thirds of the lid uncovered. he will finish the job today and I have called a company in Valley Center that offers a senior discount. Why not?
Now I just have to fill in the holes. 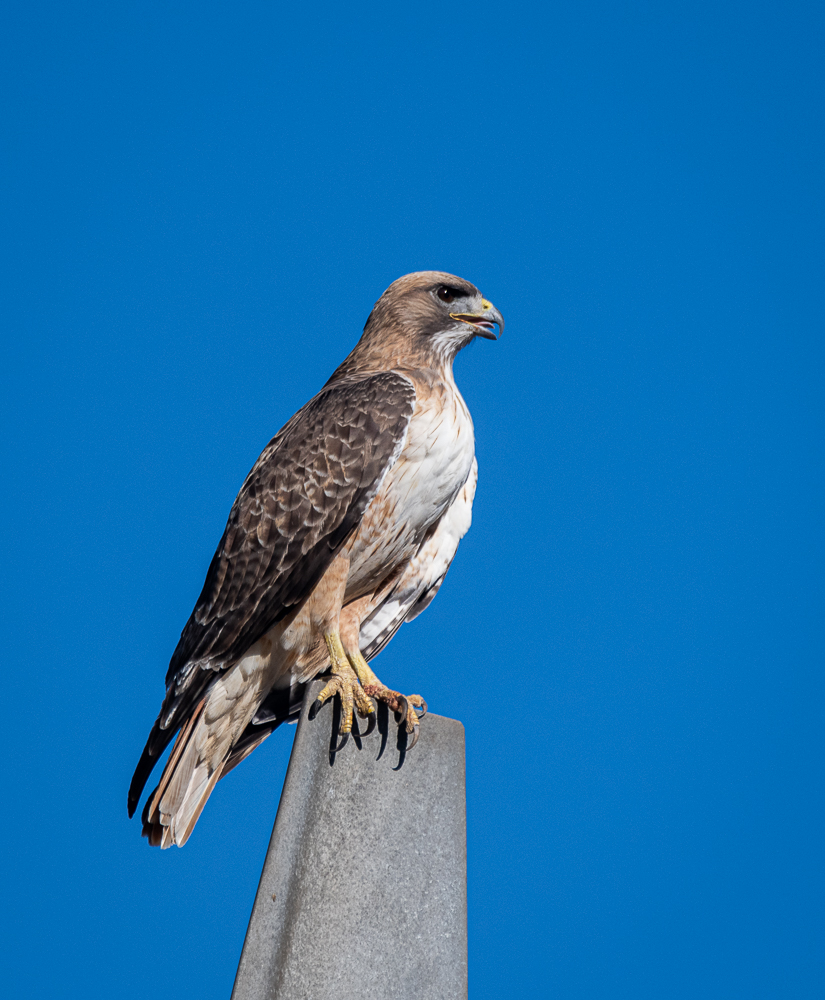 A beautiful red tailed hawk landed on the spar of my wind machine while we were digging around. 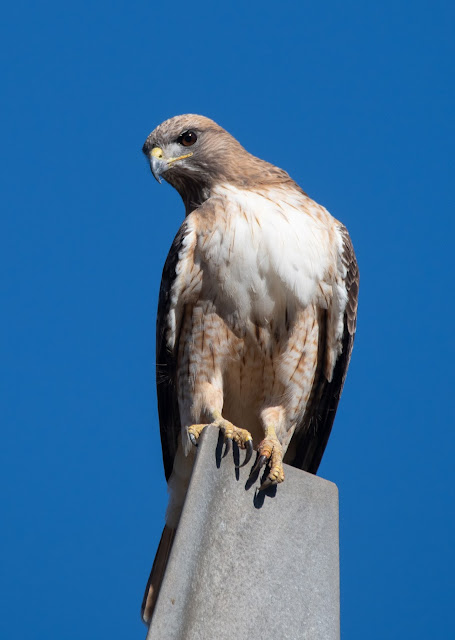 He or she was looking very suspicious.

I have another problem that I would like to warn you about.

I have lost two palms in the last two months to a mysterious cause. 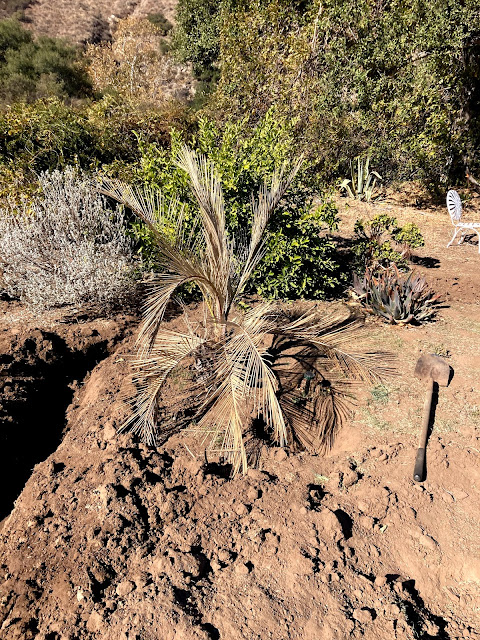 One of these was a jubea chilensis, a young specimen but expensive and one of my favorite palms.

The other was a Washingtonia volunteer that we had transplanted.

I couldn't figure out why they died. Was it too much water, not enough water, too much fertilizer, gophers or disease?

I believe that I have figured it out and unfortunately it is the latter.

There is a fungus going around that is killing palms.

A friend of Bruce's in Rainbow who I talked to on the phone had the same problem with his canaries.

He got word that it is going around.

My palm started to go down hill immediately after I trimmed some bottom fronds.

He said it is from not cleaning your cutting tools, I must have transmitted the contagion to the smaller palm. 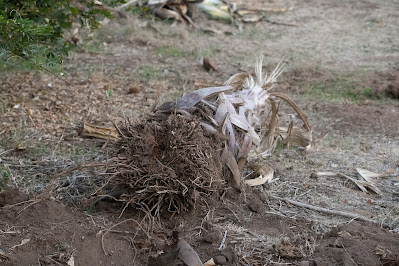 I am not sure of the exact malady but I understand that it might be phytophera of some kind or root rot.

The washingtonia had clear indications of a rot when we hacked into its base a few weeks ago.

Last time I was tested, literally decades ago, the presence of both p. cinnamoni and citricola were found in my soil.

My understanding is that I will not be able to plant another palm in the same location.

So please be careful right now, there is something going around. Make sure that your tools are properly cleaned.

The septic tank service company will almost always break the lid. Intentionally, I think so they can charge you more. If they find the tank is not up to current code, they won't certify it until that is done.