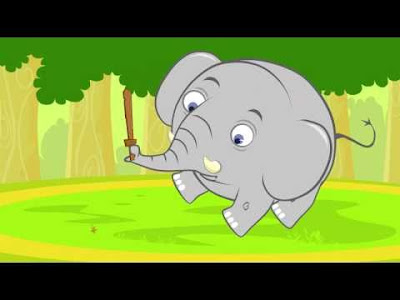 I woke up around six thirty and my first thought was; did Santa come? Sixty three years old. Weird. Seriously, Santa arrived yesterday when after a week of looking, I took one more walk around the yard with the water meter spinning out of control like a dervish on crank and I finally found my water leak.

Four experts and four days later, I found it myself, but it was admittedly a bit of a sleeper. Located behind my pasture fence, next to the neighbor and my perimeter fence, the break was slowly stating to bubble up. I had to cut through a few obstructed trees and shrubs to find it.

A toyon root had pulled an inch and a half main line pipe apart but only so far as to lose pressure, the water was still mostly flowing into the pipe. Hence a trickle of water and no pressure. I would have thought that more water would have shown but finding one gopher tunnel can cause the stuff to disappear in a hurry.

I dug a large hole in the mud. Hard to flex main line and you need some room because I wanted to do it exactly one time. My buddy Todd showed up and dug a trench to lose the standing water. I went to Joe's when it opened, Grangettos being closed for the holiday, and bought couplings and pipe for 1", 1 & 1/4" and 1 & 1/2" pipe, wanting to go into town exactly one time and also bought the commensurate sizes of pipe.

Tom called from Temecula, he is a master pipefitter. He had bought an old radio on the internet and said he wanted to swing by. He did the honors, showing us a neat trick with primer and the dremel tool to make large pipe repairs much easier. I bought the heavy gray glue and primer instead of the red hot blue, makes a better joint on main line and decided to give it a longer time to bond before turning the water back on, in this case about ten hours.

Afterwards and during the wait, my good friend Don was kind enough to let me come over and take a shower at his place. Leslie caught one at the Kinslers. Thanks all!

Anyway, my present to me this year is the ability to once again take a shower and a hot bath. Scorpio is a water sign and such things our very necessary for our engines to run. Four days without water is a mother and my mood was sinking. My stench was palpable. When I walked into the room people were giving me a wide berth. Dishes were piling up in the kitchen and the mood in the house was dark. A huge fire nearby, I didn't want to have to face it without water, my unfortunate friend Ron lost his house last month when SDGE cut the power off to his well and he had no way to protect himself and fight the flames.

Visions of replumbing my whole ranch were swirling in my head like sugarplums. I am sure my water bill after this episode will be bad enough. Unfortunately, I never got word from FPUD that I had a leak because the rf equipment on my meter was broken so maybe they will do a little negotiating if I am lucky.

My only solace from the entire event was a new idiomatic Mexican saying I learned from Tom, who is half hispanic. Con paciencia y saliva el elefante se un culo un hormiga. Si.

You have defied both fire and water this year, among other things. Surely a good omen for 2021? I hope so, and wish you and all of us better times.


With patience and spit the elephant fucked the ant - pretty funny