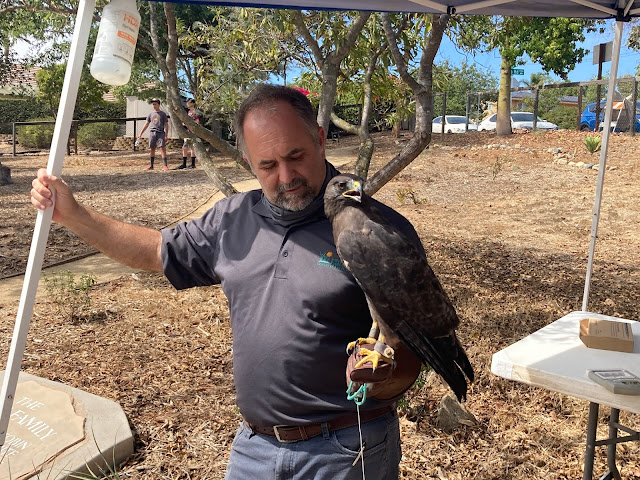 A man from the county brought his beautiful red tailed hawk to Stagecoach Sunday last weekend.
He had raised him from the time he came out of the incubator.
He was spritzing him with water at intervals in the intense midday heat. 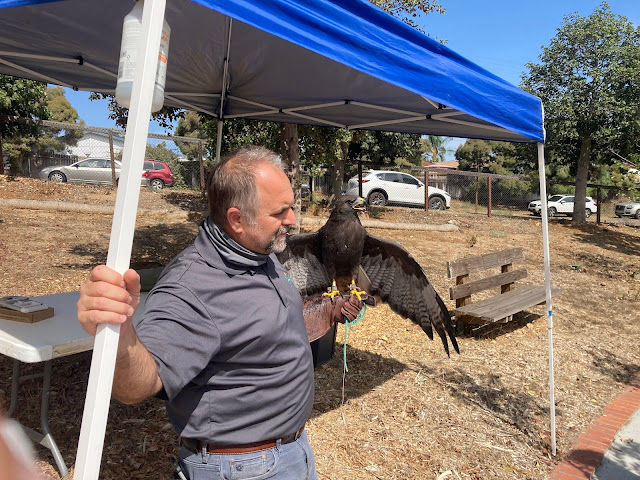 For one legitimate reason, which I now forget, the raptor could not be released to the wild after it was reared. 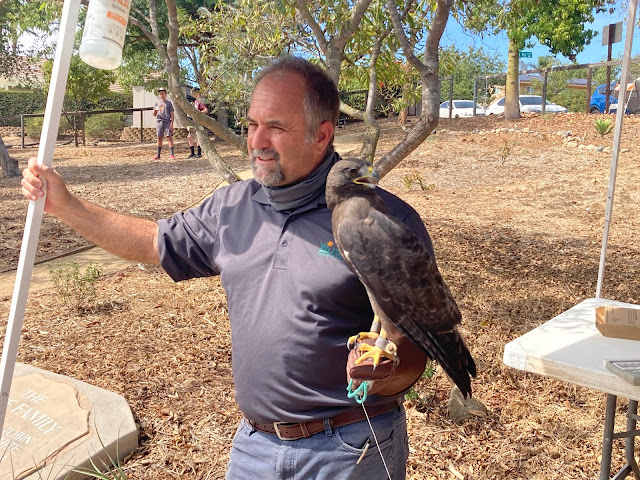 Buster is a pretty special bird. His chest and body are dark brown, what we call a dark morph or melanistic.
Less than one in two hundred birds will have this particular coloration although there is a sub species in Canada called a Harlan's that is quite similar.

The hawk was very beautiful and it was a real treat to see him.