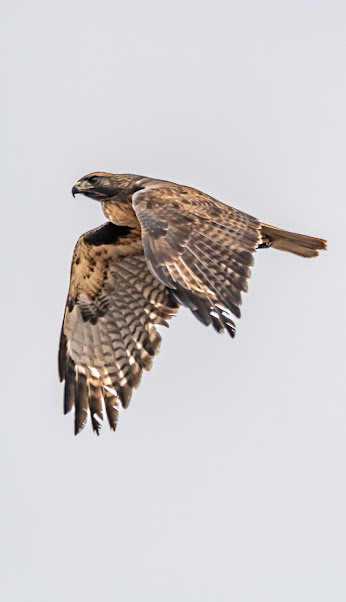 Vlad asked me if I was okay last night. He said that the blog has been intensely personal lately. I assured him that I was fine, which I am.

He says he likes it when I get personal but we have been friends for over forty years and wanted to make sure. Just doesn't want to see any more birds. Says he is birded out.

Sorry, Vlad. Not quitting the birds. I hope that the intimate posts don't make any of you uncomfortable, that is not the intent. He happens to like the more political and topical stuff but when I write about that I get too angry and worked up and I limit it as much as possible.

I can go weeks without getting intimate and deep or going inside on the blog and sometimes feel like I am cheating myself and my readers so when I feel like spilling I will and this seems like such a week.

It is actually easier to delve into such things when you are feeling good and I do.

So here goes another. 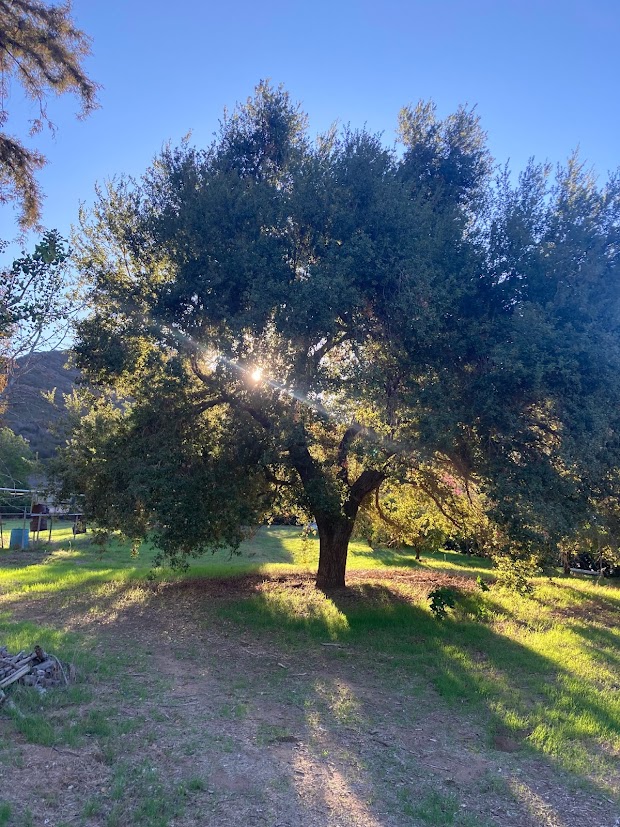 See this oak tree. It stands at the base of my towering redwood, and is now over twenty five feet tall and probably a little wider. I planted it as a 24" box sapling in 1989 with the help of my friend Tom.  Couldn't have been much more than six feet tall. From looking at it, you would think it is now a hundred years old.
At least three of my dogs are buried under it, Barfy, Max and Duke. Maybe Odin too, I don't remember.

This is my special tree, this oak.

It was 1990. My first wife had just left me and I was hurting. It was over between us and unbeknownst to me, at least until shortly before that moment in time, she had been unfaithful to me with several characters in and out of town, including one of my best friends. We were clearly done but like Stockholm syndrome, I had a tough time letting go. I was a wreck.

There used to be a metaphysical bookstore in Leucadia called Phoenix Phyre. I went to talk to a woman who worked there who was new agey and did counseling. I forget her name at this point.

The woman had a suggestion for me. She told me to go home and put my hands around a favorite tree, to close my eyes and to visualize tendrils on my feet sinking in to the earth and penetrating the planet to its molten core. Rooting myself like the stalwart oak. Claiming my turf and airspace.

I did what she described with something like this affirmation to my departed, soon to be ex wife, "I thank you for that which you have given me and I release you to the universe.  Go your way in peace. This is my home. I belong here. Beat it."

Along with burning the rest of her shit in the fireplace and lighting sage and cedar in every corner of the house to purify the fetid stench of her memory, it seemed to do the trick and I felt better about the completion of a ten year stretch, which more closely resembled a prison term at the end.

This oak is the tree I had my hands around. More than once. It still roots me to my land. It helped me get through crisis and will always be special to me.

I marvel at its beauty and how big it has grown. And appreciate its help when times were tough.