Screenshot in a nutshell 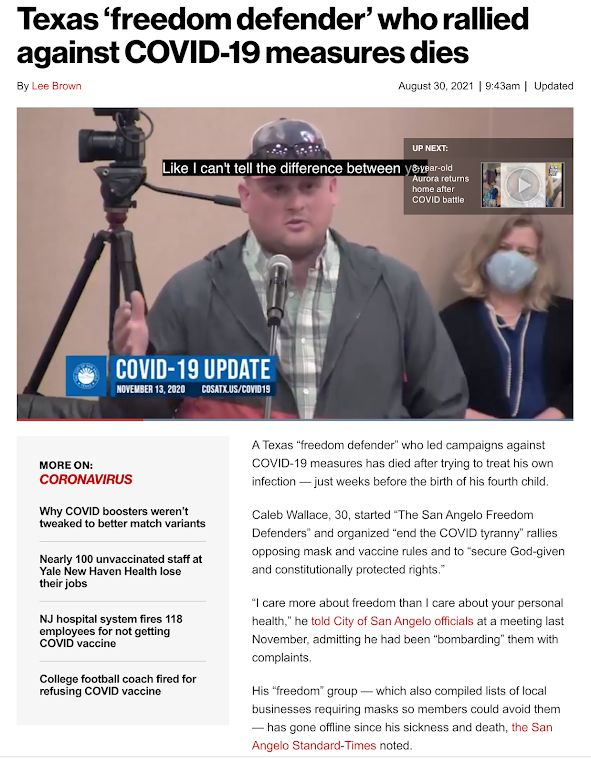 Wallace first fell ill on July 26 — but refused to get tested or go to the hospital, his 8-months-pregnant wife, Jessica Wallace, told the local paper. He instead took high doses of Vitamin C, zinc, aspirin and ivermectin, an anti-parasitic medicine normally used to deworm animals that health officials have urged people not to take to treat COVID-19.

He said that he cared more about his freedom than other's personal health. But it was his own freedom overdose that ultimately did him in. Karma.

Stupid is as stupid does.