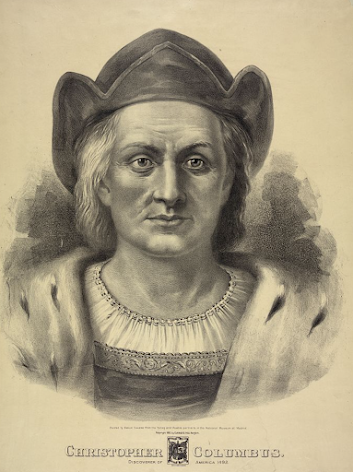 I was at the bank yesterday and the young teller said something about the bank being closed Monday for Columbus Day. "Oops," she said, "I mean native indigenous people's day." "Oh really," I said. "Has Columbus Day now been put on the official scrapheap too?"

She said, "Oh yes. Do you know what a terrible human being he was, raping twelve year old girls and all?"

Now I indeed do know what a miserable swine the Genovese explorer was, I have written on the subject before but guess what? If you are looking for perfect human beings in the past history of the world, it may be a very long wait.

Columbus was simply a man of his time.

I told her that it was unfair to judge people of the past by the "woke" standards of today. For instance, Mark Twain and Abraham Lincoln were terrible in their treatment and opinions of Native Americans.

We won't even talk about Luther, Kipling or Lovecraft. Harry Truman loved to tell racist jokes and use racist slurs but the greater question is, should one be defined by their casual speech or their actions?

I try very hard not to be a bigot. But have I ever voiced bigoted views? Of course I have. And I doubt that there is a man or woman, black, white, brown, purple or yellow that has ever walked this earth that has never been guilty of saying something offensive at one time or another. Just the way it is. We are imperfect beings. So it is unfair to look at the past with twenty twenty hindsight and vision. 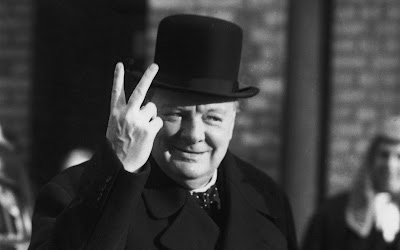 British Prime Minister Boris Johnson got into an interesting repartee the other day defending Winston Churchill, who someone had called a white supremacist. Well, Churchill certainly was, if you take the man at his word. He was a man of his time, like most of us and harbored the racist sentiments of his time.

In 1937, he told the Palestine Royal Commission: "I do not admit for instance, that a great wrong has been done to the Red Indians of America or the black people of Australia. I do not admit that a wrong has been done to these people by the fact that a stronger race, a higher-grade race, a more worldly wise race to put it that way, has come in and taken their place."

“When they began to attack Churchill as a racist, I was minded to ignore them as it was only 20 years ago that BBC audiences voted him the greatest Briton of all time,” said Johnson. “He helped defeat a regime, after all, that was defined by one of the most vicious racisms the world has ever seen.”

How is that for cognitive dissonance and false causation? As if one racist could not defeat another. But the point is, we can acknowledge and celebrate a human or historical figure even if they have not led a life without blemish.

We should not seek to bury our racist past like those that would advocate for a banning of the teaching of critical race theory, but having brought our failures into the light of day, we should neither forget them or give them too much weight in the present moment and allow them to dictate our future. Progress has been slow but it has been made in our lifetime, be wary of those that advocate for instant and unequivocal change.

Israel is certainly the next big target amongst liberals, read the recent opinion from the local American Federation of Teachers branch from the U.T.. They can hang gays in Iran, behead sisters in Afghani honor killings but by all means keep the focus at all times on evil Israelis defending themselves. Thankfully the Union Tribune balanced the piece out with this opinion, which is a bit more even handed.

I dread the Tlaibs and Omars with the same trepidation I fear from the AOC's, Gaetz's and the Gohmerts. What we need in this world, is more balance.

good word sick of pc people its made to divide us as a nation seems to be working because everyone one now thinks they can rewrite history and make it perfect. history is messy if you clean it up you won't remember the struggles and just repeat the same ,oh yea we live in Disneyland ,but not for long