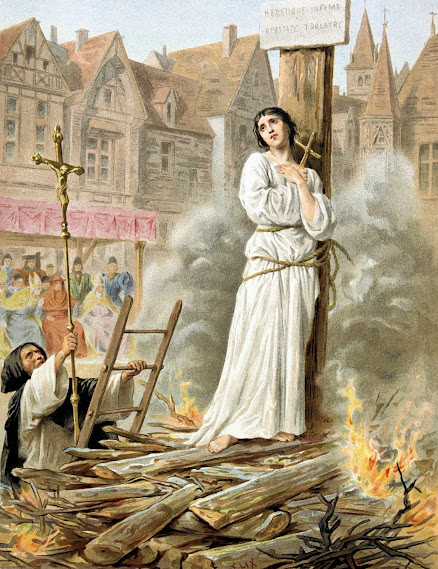 Leslie asked me if I knew that 12% of Americans thought that Joan of Arc was Noah's wife?

I thought it was a joke but said I did not.

Unfortunately, I did a little googling and she is right. The tallies come from a Christian pollster named George Barna who regularly surveys such things. I think that the initial survey took place in 1997 but it has been replicated as late as 2016.

Some of the statistics are enough to perplex even those aware of the problem. A Barna poll indicated that at least 12 percent of adults believe that Joan of Arc was Noah's wife. Another survey of graduating high school seniors revealed that over 50 percent thought that Sodom and Gomorrah were husband and wife. A considerable number of respondents to one poll indicated that the Sermon on the Mount was preached by Billy Graham. We are in big trouble.

As it is said: "There is no final answer to the question - 'How stupid can you get?'"