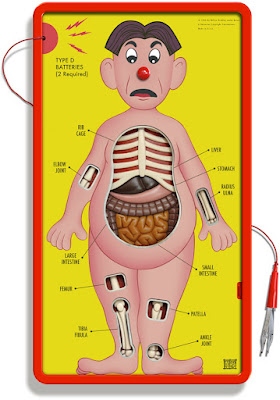 The last couple weeks have been pretty brutal. I have had a terrible infection raging since my last immunotherapy treatment.
I complained that something was not right immediately after the procedure and they gave me antibiotics but they didn't work and I have been in pretty much constant agony.

I have literally had to urinate every five minutes and it was very painful. Urinary tract was totally inflamed. Still not right. Has made it very difficult to work and function.

Had to keep a coffee cup in my car in case of accidents and thought I would be arrested a couple times for being a pervert when I had to relieve myself at an intersection. Thankfully nobody saw me.

It happens pretty often with me, insert an instrument or foreign agent in my body and something goes wrong. The gerbils are definitely out now. The worst was prostatitis. That was an eleven on the ten scale. This was only a seven + but still plenty painful and irritating.

I went in for my cystoscopy on Friday and when they got inside with a scope (they put a tube down your penis and coat it with lidocaine) the doctor said it was impossible to see anything in my bladder because of the intense irritation and infection. She said we would have to reschedule when things clear up.

I had told them things weren't right down there but you know medicine these days, people are very busy and texts don't always get answered. So I have gutted it out.

She gave me a stronger antibiotic and has rescheduled the lookaround for December.

I have to be happy really, looking at the great scheme of things. If you had told me two years ago that I would survive stage four cancer in the lamina wall without losing any more parts, I would have told you you were crazy. Lucky to be alive right now, honestly, after the last dire prognosis.

In a way it is good that I didn't have to go through with the cysto because that normally knocks me out of the box for four or five days too. I have a show in Palm Springs this week and I was wondering how I could bear to set up and do it. Now I get a mild reprieve. Show must go on.

best to you keep you in our prayers

I hope the new antibiotics give quick relief. You are one of the bravest people I've ever met.

I'm very sorry to hear that you are going through this Robert :-( Hopefully the treatment will yield quick results for you.

You are amazing! Drink lots of green tea with honey (antibacterial and antivirals), which I am sure that Leslie has suggested. Let me know if you need any help!

It would be nice if we had inherited something other than piss poor health. Curiosity, do you also have arthritis. I have now had 7 arthritis surgeries and will have to get my right elbow done eventually